Mar 28, 2016 Shyamal Sinha, New Delhi ELSEWHERE ON THE WEB Comments Off on India’s monopoly to end as Nepal gets trade point in China 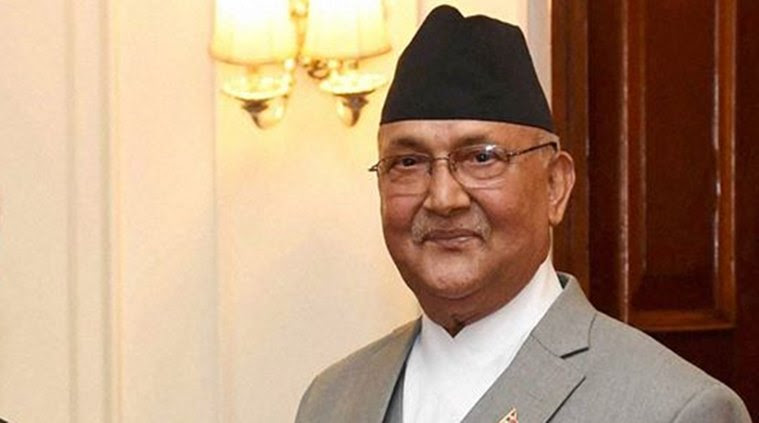 The Indian Express, 22 March 2016
Oli’s high-profile visit comes as Nepal seeks to open more supply routes from China amid fears of a repeat of when the Madhesis blocked Nepal’s trade-routes with India.

China on Monday agreed to Nepal Prime Minister K P Oli’s request to build a strategic railway link between the two countries through Tibet to reduce land-locked Nepal’s total dependence on India, as the two sides cemented their ties by signing 10 agreements including a landmark transit trade deal.

Oli, who arrived here on Sunday on his maiden seven-day visit to China, was given a red carpet welcome by Premier Li Keqiang at the Great Hall of the People. He also called on Chinese President Xi Jinping.

During the talks, the two Prime Ministers made a comprehensive review of bilateral relations and expressed satisfaction over steadily growing relations between the two countries.

“The two sides exchanged substantive views on further strengthening and consolidating mutual trust and understanding as well as promoting mutually beneficial cooperation in various fields,” according to a press release issued by Nepalese Foreign Ministry.

Trade diversification, cross border connectivity and infrastructure development, cooperation on energy, tourism, finance, education and culture were among the matters that figured prominently during the talks, it said.

During his talks with Li, Oli mooted extension of China’s strategic railway link with Tibet further to Nepal.

Hou said the government would encourage Chinese firms to look at the internal rail plan and that China was already planning to extend the railway from the Tibetan city of Shigatse to Gyirong on the Nepal border.

“Of course, a further extension from Gyirong is an even long-term plan. It’s up to geographic and technical conditions, financing ability. We believe that far in the future the two countries will be connected by rail,” she said.

The other agreements included a feasibility study on the establishment of a Free Trade Agreement (FTA), China’s assistance to build a new airport and a border bridge.

The other agreements included a treaty on economic and technical cooperation to build a Regional International Airport Project at Pokhara, Nepal’s famous tourist site.