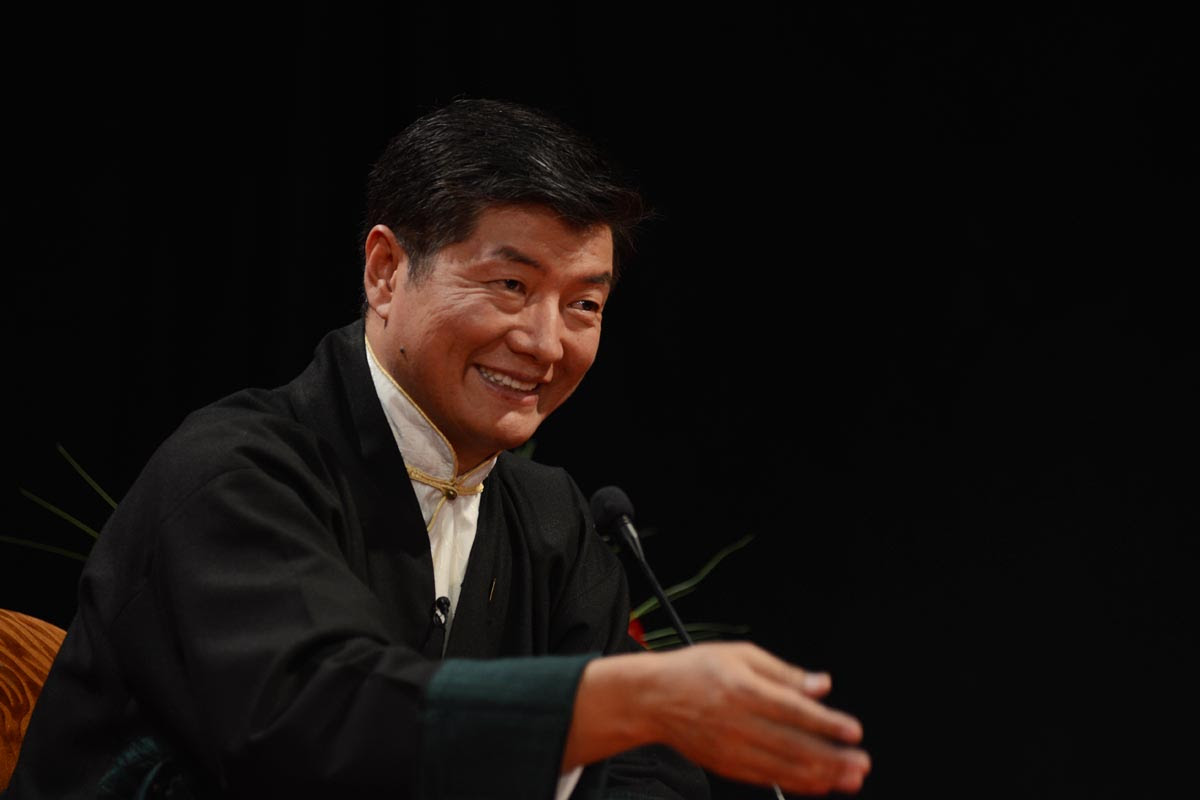 Sikyong Lobsang Sangay speaks during a Sikyong 2016 election debate in McLeod Ganj, India, on 8 March 2016. Sangay won the election and will hold the post for five more years till 2021.File photo/Tibet Sun/Lobsang Wangyal

As the time comes to ring the curtain down on the Sikyong 2016 election, it is clear that incumbent Sikyong Lobsang Sangay will remain in power for a second term as the political leader of the Tibetans in exile.

The official results will be declared by the exile Tibetan Election Commission on 27 April, but the results declared at respective localities showed Sangay well ahead of rival Penpa Tsering by more than 8,000 votes.

In the elections held last week on Sunday (20 March), 57% of exile Tibetan voters chose to keep Sangay, who secured 33,234 votes from a total 57,986 votes cast by Tibetans around the world, beating rival Penpa Tsering.

From about 90,000 registered voters, about 60,000 votes have been cast in the final round. Sangay swept in all the European countries and North America. However, Penpa Tsering won in the exile Tibetan capital Dharamshala.

The campaign was dominated by personal attacks instead of real issues such as the China-Tibet dialogue or the problems in the settlements. Hectic debates were witnessed on social networking sites among the supporters of the two candidates, with both the sides stooping down to sling mud at their candidates, painting an ugly picture that even led to a story in the New York Times.

The good part of all this could be that a large number of Tibetans got involved in the process, and the elections were conducted smoothly and successfully.

Sangay was first elected with a landslide majority in 2011 after the Dalai Lama relinquished his political powers to a directly-elected leader.

He will be sworn in for a new five-year term in May or August, depending on what Sangay chooses, as he took oath as Sikyong (then called Kalon Tripa) in August 2011.

The 47-year-old Sangay said during the election campaigns that he oversaw a smooth transition after the Dalai Lama gave up his political powers to an elected leadership. He pointed out that he raised funds in the millions of dollars for the Central Tibetan Administration (CTA), and promised better education and entrepreneurship within Tibetan society.

In the future, his major challenge will be courting the Chinese leadership to re-start the stalled dialogue. Talks between the Tibetan representatives and the Chinese leaders collapsed in 2010 after nine rounds of talks without producing any results.

The more than 140 self-immolations in Tibet need attention and a solution. Many feel that the key for that could be in China-Tibet dialogue.