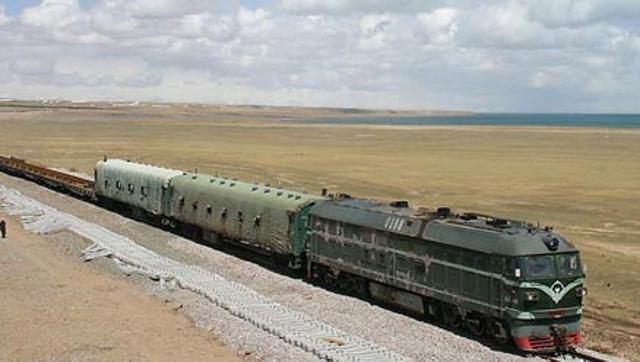 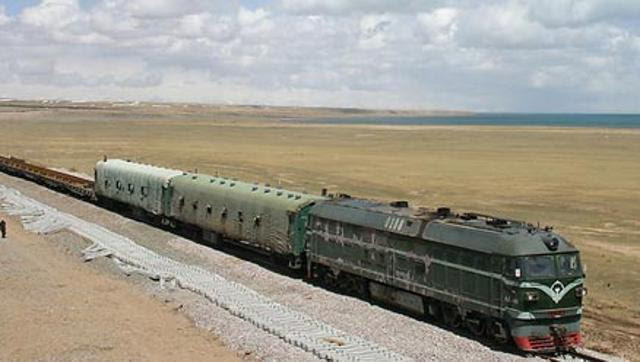 The Qinghai-Tibet Railway link – the first railway network that connects TAR to any other province. (www.chinatibettrain.com)

The new railway line to connect Lhasa and Sichuan in southwest China will not only damage the fragile eco-system of the Tibet Autonomous Region (TAR) but has India worried because of its implications for regional security, a leading rights group has said.

The construction of the new line, which will connect Lhasa to Chengdu, the capital of Sichuan province, was confirmed during the ongoing session of China’s rubber-stamp parliament, the National People’s Congress (NPC).

The new route has triggered concerns in India because of its proximity to the border.

Washington-based International Campaign for Tibet (ICT) said in a statement that China’s massive investment in infrastructure in Tibet, including railways, airfields and roads, had facilitated an unprecedented tourism boom, expansion of mining Tibet’s resources and China’s “strategic and military objectives”.

It added, “The official confirmation of the new route to Chengdu – described by an official as ‘like the largest rollercoaster in the world’ – and to Kyirong on the border with Nepal was announced at China’s National People’s Congress in Beijing this month and during earlier official meetings in Lhasa.”

The line will run east from Lhasa and be located close to the border with India. Another railway line that opened in 2006 runs from Golmud in Qinghai to Lhasa.

The ICT said the first stage of the new route will run from “Lhasa to Nyingtri (or Kongpo) in TAR”.

“This is close to the sensitive area of Arunachal Pradesh in India, which China claims as part of the PRC, which has created alarm in India with implications for regional security being raised by commentators in India and South Asia,’’ the statement said.

Since the line will traverse an area rich in forests and mineral resources, “it will facilitate further large-scale exploitation of Tibet’s natural resources as well as enabling greater population migration into Tibet, both seasonal in terms of tourists and migrants, and permanent settlers”, the statement added.

The line will go “across a fragile high-altitude landscape that is warming nearly three times as fast as the rest of the earth”.

Chinese Officials said during the NPC that the government will continue to roll out “preferential financial policies to boost economic and social development in Tibet over the next five years”. Development has been the focus in TAR, the officials maintained, dismissing criticism that policies in the region are against the interests of ethnic Tibetans.