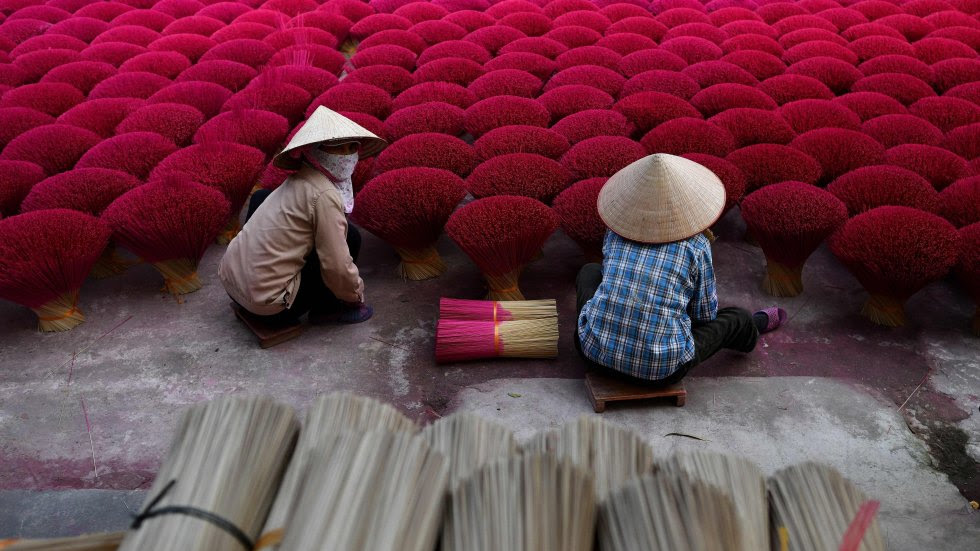 Lit a stick of incense on the altar in special occasions has long been an indispensable cultural and religious activity of Vietnamese people. That is also the reason why the traditional craft of making incense is still alive until today despite many hardships. Thuy Xuan village, located near the tomb of Tu Duc, is a quite famous incense-making village among locals and tourists alike. For centuries, families here have been making incense for the whole nation. Their incense sticks come under different aromas, including sandalwood, cinnamon and pine and various colors including red, yellow, purple or green. To make incense, people cover a small stick of bamboo that has been dyed and dried with a mix of scented powder.

In Vietnam’s “incense village”, dozens are hard at work dyeing, drying and whittling down bamboo bark to make the fragrant sticks ahead of the busy Tet lunar new year holiday.

It is the most frantic time of year for workers in the cottage industry in Quang Phu Cau village on the outskirts of Hanoi, where families have been making incense for more than a century – a great source of pride for many.

“It is a traditional and spiritual job making these sticks,” Dang Thi Hoa said, sitting amid bundles of bright pink incense sticks drying under the afternoon sun.

Her village is among several dotted across Vietnam making the sticks, the scent of each batch tailored to the tastes of regions they will be sold in.

Sales tick up every year ahead of and during the lunar new year in February, when throngs of people crowd into temples to light incense during worship, or burn the sticks on the ancestral altar at home. 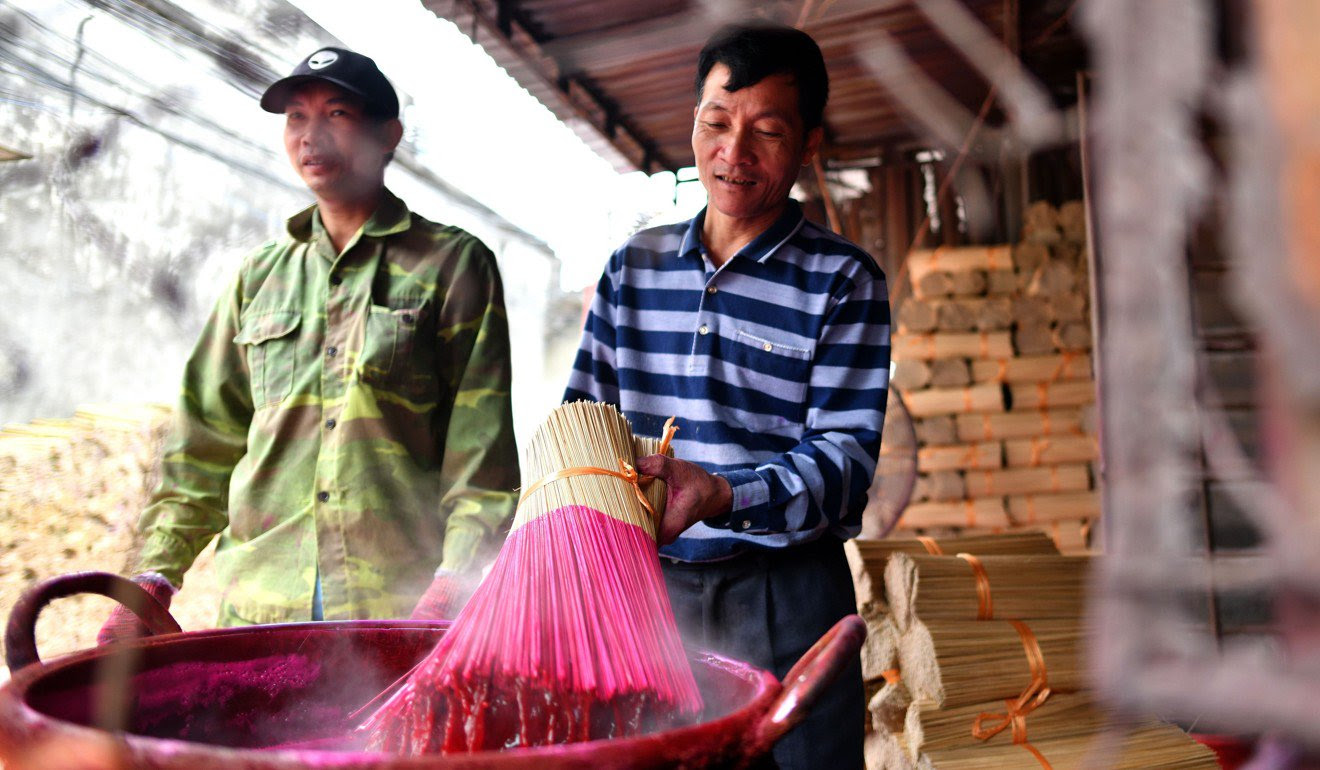 Hoa’s family started making the sticks more than 100 years ago and her mother still pitches in along with her teenage daughter who helps out after school. Selling her sticks to central Vietnam, Hoa can earn up to US$430 a month leading up to Tet, a tidy sum in the country where the average monthly income is US$195.

Most households in the alleys of Quang Phu Cau are involved in the ancient trade. Some hack bamboo planks down to be fed into a whittling machine; others dip the thin strips into buckets of pink dye, leaving hundreds of brightly-coloured bushels fanned out like bouquets on the streets to air out.

After, women donning cloth face masks coat the dried sticks with aromatic incense paste before redrying them and shipping them off for packaging.

The work offers more than just pride for many in Quang Phu Cau: like Hoa, many earn good money making incense compared to factory work nearby.

“This job is hard work, but I am earning enough to raise two of my children to become doctors,” said Le Thi Lieu as she laid her incense out to dry.

That said, she’s happy her two other kids have decided to work with her.

“We need at least one to work in the business so they can take over in the future.”