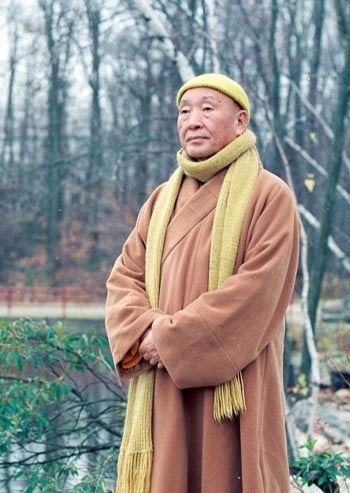 Buddhist monk Venerable Wei Chueh, who founded Taiwan’s Chung Tai Shan Buddhist order and Chung Tai Chan Monastery, has died at the age of 88. The monastery said Wei Chueh passed away on Saturday evening due to complications related to a bone marrow condition. Due to his failing health, Wei Chueh made his last public appearance on 17 January. The monastery is holding daily scripture recitations in remembrance this week until 17 April.

A high-profile Buddhist leader and teacher with more than 1,000 monastic disciples and hundreds of thousands of lay followers, Wei Chueh is often credited with being instrumental in reviving the traditional teachings of the Chinese Chan (Zen) Buddhist tradition.

Wei Chueh was born in China’s Sichuan Province in 1928. He ordained at Shi Fan Da Jue (Great Enlightenment) Chan Monastery in Keelung, Taiwan in 1963, reaching full monastic ordination in 1967 at Daijue Temple, also in Keelung. After spending more than 10 years in solitary retreat in the mountains near Taipei, Wei Chueh founded Lin Quan Monastery at the site of his retreat in 1987 and became known for holding seven-day meditation retreats and Dharma assemblies, as well as for his eloquent and lively teaching style.

Ven.Wei Chueh founded the Chung Tai Chan Buddhist monastic order in Taiwan in 1987. The order follows the teachings of traditional Chan Buddhism, with an emphasis on sudden.

Ven.Wei Chueh founded the Chung Tai Chan Buddhist monastic order in Taiwan in 1987. The order follows the teachings of traditional Chan Buddhism, with an emphasis on sudden enlightenment and gradual cultivation. It has established more than 90 meditation centers and branches in Taiwan and elsewhere, including eight in the US (three in California, one in Georgia, one in Oklahoma, two in Texas, and one Washington State), as well as branches in Australia, Hong Kong, Italy, Japan, the Philippines, and Thailand. The order’s headquarters, Chung Tai Chan Monastery, located in Puli Township, Nantou County, in central Taiwan, was completed in September 2001, partly as a result of the continued growth in the number of monastic and lay disciples. Standing 446 feet high, Chung Tai Chan Monastery is one of the tallest temples in the world.

In 2004, Wei Chueh was one of eight Buddhist leaders who proposed establishing the World Buddhist Forum in China. The first conference of the World Buddhist Forum was held in China in 2006, attended by more than 1,000 monastics and lay Buddhists from 37 countries. Drawing some controversy, Wei Chueh was also notable for holding strong political views and as a vocal supporter of the Kuomintang of China political party in Taiwan.

Chan Buddhism emerged in China during the 6th Century, becoming dominant during the Tang (618–907) and Song (960–1279) dynasties. Its transmission to China is traditionally credited to the Buddhist monk Bodhidharma, who is believed to have been of Persian or South Asian origin and to have lived during the 5th or 6th century. Its teachings first spread to Vietnam from about 580, to Korea during the late Silla period (7th–9th century), and to Japan in the 12th century. Chan was repressed in China in the 1960s, during the early years of the Cultural Revolution, but has been growing in popularity since the economic reforms of the 1970s, which saw a revival of interest in Buddhism.Monk like Wei chueh set up an example of the chinese chan or zen Buddhist tradition .