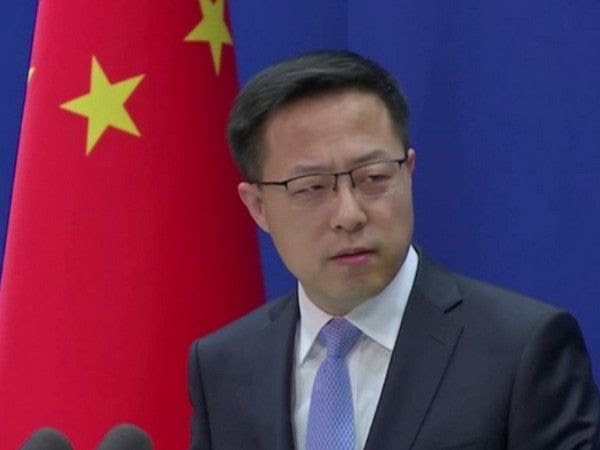 Zhao Lijian, Chinese Foreign Ministry Spokesperson speaking at a press briefing on MondayBeijing [China], January 25 (ANI): Days after a physical brawl between the Chinese and the Indian Army took place on January 20 along the Line of Actual Control in Sikkim, the Chinese Foreign Ministry on Monday “urged” India to “refrain from actions that might complicate the situation along the border”.

Speaking at a press briefing, Zhao Lijian, Chinese Foreign Ministry Spokesperson, also claimed that the Chinese border troops are “committed to upholding peace and tranquillity along the border with India”.

“I would like to stress though that China’s border troops are committed to upholding peace and tranquillity along the border with India,” he was quoted as saying by Al Jazeera.

“We urge the Indian side to work in the same direction as us and refrain from actions that might escalate or complicate the situation along the border,” he said while adding that both countries will take “proper actions to manage their differences and take concrete actions to safeguard peace and stability along the border”.

This comes after the Indian Army had confirmed that a physical brawl between the Indian and Chinese soldiers took place on January 20.

“It is clarified that there was a minor face-off between Indian Army and Chinese People’s Liberation Army (PLA) troops at Naku La, Sikkim on January 20. It was resolved by local commanders as per established protocols,” the Indian Army said.

According to earlier sources, soldiers from both sides were injured during the brawl.

This comes amid the ongoing standoff between India and China.

In June last year, 20 Indian soldiers, including a Colonel, lost their lives in the face-off in clashes with Chinese troops in Galwan Valley.

The ninth round of Corps Commander Level talks between India and China to address the ongoing military standoff in Ladakh ended at 2:30 am on Monday.

The meeting lasted for more than 15 hours after starting at 11 am on Sunday at Moldo opposite Chushul in the Eastern Ladakh sector.

The two countries have been engaged in a stand-off along the Line of Actual Control (LAC) since April-May last year. While China began amassing massive military strength along the LAC, India responded with a befitting build-up.

Multiple rounds of talks have failed to yield any significant result in defusing border tensions. (ANI)