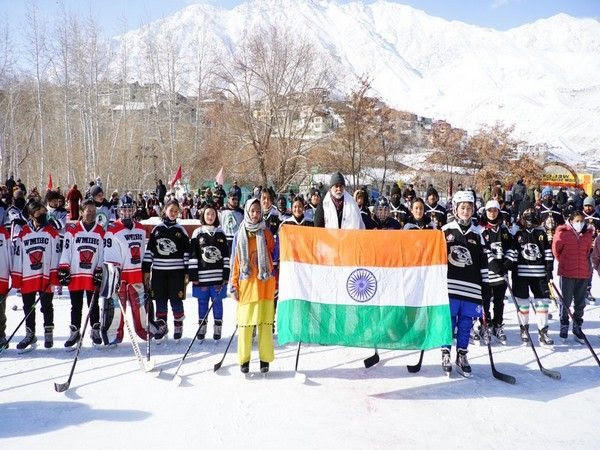 Located in the centre of the Himalayan region with the most pleasing natural beauty, majestic hills and tremendous potential for adventure activities, Kargil is the second largest urban centre of Ladakh. It is situated at an altitude of about 2704 m, and 204 km from Srinagar in the west and 234 km from Leh in the east. The town is nestled along the rising hillside of the Suru basin. It is the confluence point of the Drass and Wakha tributaries of the Suru River.

Interacting with reporters during his visit to Linkipal Ski Slopes here, he also said that Prime Minister Narendra Modi has planned to promote adventure tourism in areas which have lot of potential but have remained unexplored due to various reasons.

‘Kargil is one among them. The government of India is fully committed to create international level tourism infrastructure in the district so that a feasible environment is created for tourism and employment opportunities,’ the tourism minister said.

Patel said that after Ladakh became a Union Territory in 2019, he along with a high-level team from the Ministry of Tourism and Culture visited Ladakh to hold meetings with the hill councils of Kargil and Leh to discuss and draw up plans for the development of the tourism sector.

‘The Ministry of Home Affairs has opened over 100 peaks for mountaineering in the country for domestic as well as foreign tourists to promote adventure tourism, which also includes several peaks of Kargil district,’ he said.

Facilities will be created to give training and technical support to people here and empower them adequately to create skilled manpower to serve tourists in the most professional manner, the minister said.

‘Regular training and refresher courses will be organised to achieve this goal which would prove a right step in the direction of quality tourism,’ he said.

Patel also thanked the chief executive councillor of the Ladakh Autonomous Hill Development Council, Kargil, for his assurance to provide land for developing ski slopes at Kargil and said the tourism ministry will provide adequate funds for the development of this area.

The minister was also briefed by experts on the feasibility of opening a skiing and mountaineering institute and creating facilities like ski-lifts at Linkipal Ski Slopes.

Patel directed officers to submit a detailed project report in this regard to the tourism ministry so that work for development of Linkipal Ski Slopes can be started in this summer season once land demarcation and other necessary formalities are fulfilled.

Officers were also directed create basic infrastructure to ensure setting up of initial facilities before going into the whole project.

Patel also stressed that the DPR should be designed in such a way that tourists experience world class snow skiing facilities and hospitality.

During the minister’s visit, local skiers put forth their demands for installation of cable cars, construction of a resting room, providing snow grooming machines and snow ski equipment.

Patel also visited the Bodhisattva Maitreya statue and the Shargole Cave Monastery and also interacted with the locals and the folk artistes.

Summer (April to June) is the best time to visit Kargil. During this period of the year, the town stays comparatively warm with cooler nights. Visitors can expect a pleasant experience as the climate stays quiet and calm with clear views all around.