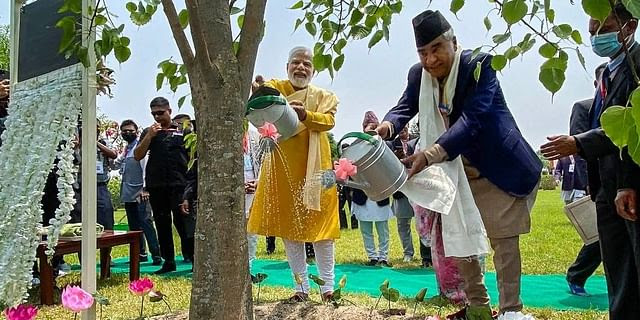 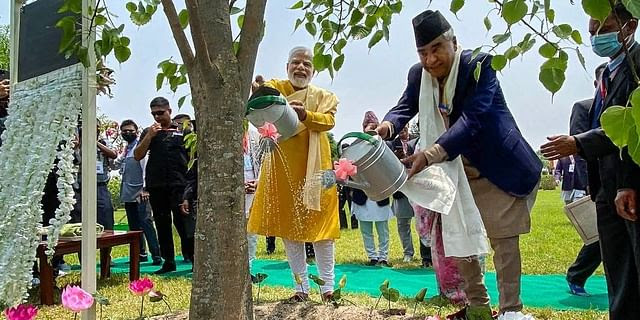 Prime Minister Sher Bahadur Deuba has announced the development of a Buddhist circuit to enhance cooperation in the field of culture and tourism by further strengthening the historical ties between Nepal and India.

Speaking at a function held to mark the 2566th Buddha Jayanti on Monday, May 15 with Indian Prime Minister Narendra Modi as the Chief Guest, Prime Minister Deuba said that Nepal and India were committed to developing a Buddhist circuit connecting important places related to the life of Lord Gautam Buddha.

He said that such a circuit to connect Lumbini of Nepal with Bodhgaya, Sarnath, and Kushinagar of India would make a positive contribution to the promotion of cultural tourism between Nepal and India. “Buddhists from all over the world will be motivated to visit important places connected with the life of Lord Gautam Buddha in Nepal and India,” he said adding that Nepal was eager to welcome a large number of tourists and pilgrims from India and all over the world to Lumbini, after the inauguration of the recently completed Gautam Buddha International Airport.

The goal he stated was to develop Lumbini as an important heritage of the world and as a center of motivation for world peace. “It is our commitment to developing Lumbini as a world center of Buddhism and philosophy. We appreciate the cooperation and solidarity of all to achieve this sacred goal,” the Prime Minister said.

Prime Minister Deuba said that the teachings of Lord Buddha are more relevant and meaningful because human beings are facing violence, hostility, and war in different parts of the world today, and the journey towards world peace is becoming more difficult and challenging day by day due to terrorism, arms race, and conflict.

Appreciating the generous and cordial assistance extended by the Government of India in extremely difficult times as well as in good times, Prime Minister Deuba thanked India for its continued support of Nepal’s economic development endeavors.

India and Nepal are deepening cooperation in many spheres, said Prime Minister Narendra Modi during his first visit to the birthplace of Lord Buddha, Lumbini, on Monday. Besides India and Nepal, Tibetans too were upbeat about PM Modi’s visit to Nepal.

“China uses Buddhism for political reasons and we are glad that India and Nepal are strengthening ties again.