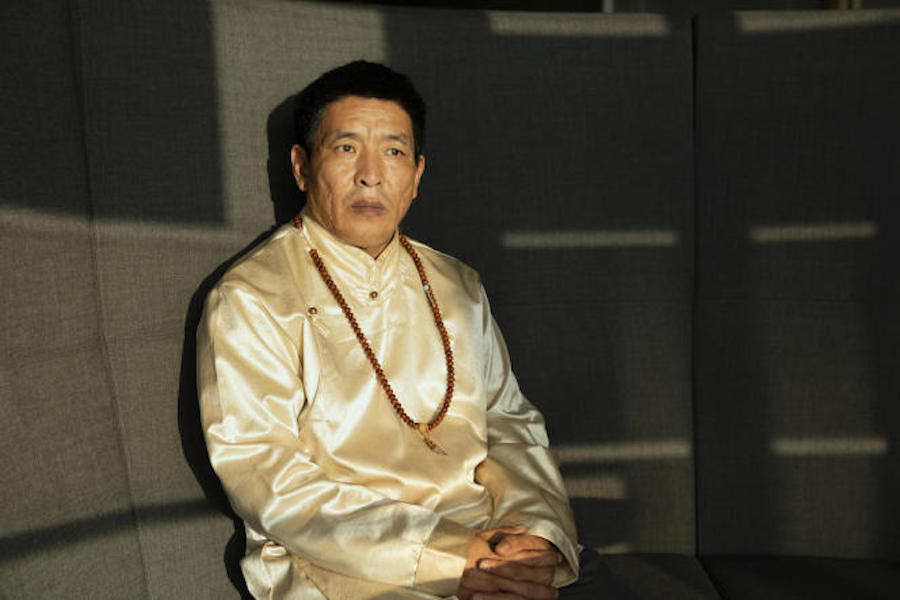 Former political prisoner Dhondup Wangchen has reportedly been nominated for the Nobel Peace Prize 2022 award by the Green Party spokesperson and biologist Rasmus Hansson, who said the filmmaker is “the memory of the Tibetans’ obvious demands for human rights.” The Norwegian environmentalist met Wangchen in January during his campaign where he urged authorities to boycott the Beijing 2022 Olympics that are to be held from Friday.

The 47-year-old Tibetan activist was imprisoned in Tibet by Chinese authorities in 2008 for six years on the charges of “subversion” for his documentary ‘Leaving Fear Behind’, along with Golog Jigme. The film featured interviews of ordinary Tibetans voicing their feelings on the Summer Olympics in China and the CCP government repression in Tibet. Wangchen fled from Tibet after his release in 2014 and was granted asylum in the US where he has since lived with his family.

The self-taught filmmaker was the recipient of the 2012 International Press Freedom given by the New-York based Committee to Protect Journalists (CPJ) for his courageous documentation to show the glimpse of Tibetans suffering inside Tibet. “I finished my prison term in 2014 and was under tight surveillance after that. Last year around December, I finally decided to risk my life by fleeing abroad. Every year the conditions inside Tibet get worse: More restrictions on traveling, practicing religion and culture, and severe limits on freedom of the press. Tibet is still isolated and has become the biggest prison in the world,” Dhondup said during his acceptance speech made in 2018. He was also conferred the Václav Havel International Prize with Creative Dissent by the Oslo Freedom Forum in 2014.

Wangchen kicked off a speaking tour to 15 countries in Europe in November last year beginning in Paris to urge the International Olympic Committee (IOC), national Olympic committees, and government officials to boycott the Winter Olympics in 2022. “You see the world coming together; I see a suffering nation, forgotten. Athletes are preparing for the biggest competition of their lives, yet my brothers and sisters are struggling for fundamental rights. I do this for the honor of my own people, and all oppressed persons, in respect for the fundamental principles of the Olympic tradition, and to strive to make the world a better place,” he said in his Olympic oath when he launched his campaign.

The prestigious Nobel Peace Prize nomination is a step further into Dhondup Wangchen’s list of achievements as he continues to tell his story of imprisonment, the plight of his country under Chinese rule and life after exile.