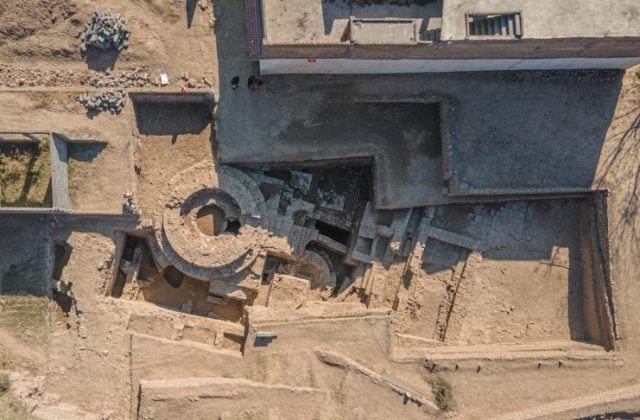 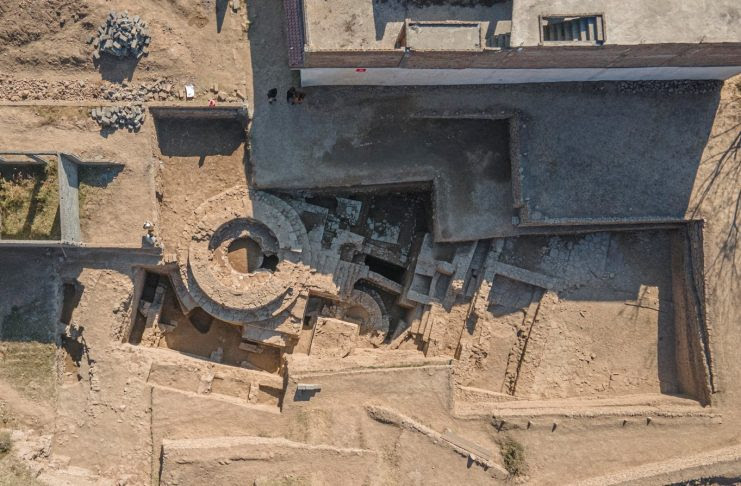 Swat is the 15th-largest district of Khyber Pakhtunkhwa province.

Swat District is centered on the Valley of Swat, usually referred to simply as Swat, which is a natural geographic region surrounding the Swat River. The valley was a major centre of early Buddhism under the ancient kingdom of Gandhara, and was a major centre of Gandharan Buddhism, with pockets of Buddhism persisting in the valley until the 10th century, after which the area became largely Muslim.

Archaeologists have found one of the oldest known Buddhist temples in the city of Barikot , in the Swat region of Pakistan.

The average elevation of Swat is 980 m (3,220 ft), resulting in a considerably cooler and wetter climate compared to the rest of Pakistan. With lush forests, verdant alpine meadows, and snow-capped mountains, Swat is one of the country’s most popular tourist destinations.

Excavations were conducted as part of an Italian mission in collaboration with the International Association for Mediterranean and Oriental Studies (ISMEO).

The team was exploring Barikot’s ancient acropolis, where they decided to excavate an area previously plundered by looters which was littered with robber trenches.

This revealed the remains of an ancient Buddhist temple measuring up to three metres tall, built on an apsidal podium on which stands a cylindrical structure that houses a small stupa.

On the temple’s front is a minor stupa and the podium of a monumental pillar or column, in addition to a series of vestibule rooms which used to lead to an entrance that opened onto a public courtyard overlooking an ancient road.

The temple dates to roughly the second half of the 2nd century BC, but may be even older from the Maurya period in the 3rd century BC (yet to be confirmed through carbon-14 dating).

Excavations also revealed that the monument was built on the remains of an earlier structure flanked by a small, archaic stupa which precedes the Indo-Greek period. This dates to around 150 BC during the reign of the Indo-Greek King Menander I or of one of his first successors, for which according to Indian Buddhist tradition Menander I converted to Buddhism.

In the final days of the mission, the researchers found that parts of the Indo-Greek monument had been built on an even older structure whose strata included pottery materials and terracotta figurines which are likely to have been used in Barikot during the 4th and 3rd centuries BC.

Professor Luca Maria Olivieri of Ca’ Foscari University of Venice said: “The discovery of a great religious monument created at the time of the Indo-Greek Kingdom testifies that this was an important and ancient centre for cult and pilgrimage. At that time, Swat already was a sacred land for Buddhism.”

The Parthians were ousted from Swat by the Kushans, based in the Peshawar valley. Kushan rule began what is considered by many to be the golden age of Gandhara. Under the greatest Kushan king, Kanishka, Swat became an important region for the production of Buddhist art, and numerous Buddhists shrines were built in the area. As a patron of Mahayana Buddhism, new Buddhists stupas were built and old ones were enlarged. The Chinese pilgrim Fa-Hsien, who visited the valley around 403 CE, mentions 500 monasteries.

Kushan-era Buddhist stupas and statues in the Swat Valley were demolished by the Taliban, and the Jehanabad Buddha’s face was blown up using dynamite,but was repaired by a group of Italian restorers in a nine-year-long process.The Taliban and looters subsequently destroyed many of Pakistan’s Buddhist artifacts, and deliberately targeted Gandhara Buddhist relics for destruction.Gandhara artifacts remaining from the demolitions were thereafter plundered by thieves and smugglers.

Approximately 38% of economy of Swat depends on tourism and 31% depends on agriculture.