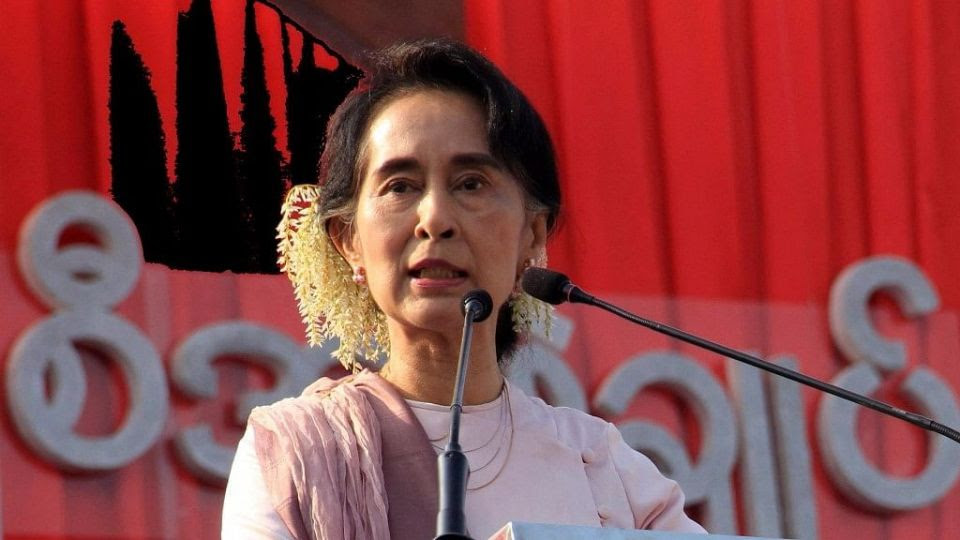 She spent nearly 15 years in detention between 1989 and 2010. She was internationally hailed as a beacon of democracy and received the Nobel Peace Prize in 1991.

The development comes amid reports of a military coup in Myanmar just months after Suu Kyi’s party NLD swept the general elections.

According to news agency IANS, the military-backed opposition Union Solidarity and Development Party (USDP) in Myanmar has been disputing the results of the general elections held on 8 November last year, in which the NLD secured way above the 322 seats required to form the government.

It was the second general polls since 2011, when the military rule ended in the country. The reports of a coup surfaced after the country’s army earlier last week warned that it will take action if the complaints about alleged election fraud were not addressed.

Sources had earlier told IANS that a military coup appeared to be a likely outcome given China’s grip over the internal situation in the country.

Myanmar’s military junta, which ruled the country through the 90s and 2000s, has had the backing of the Chinese Communist Party (CCP). After a long struggle against the military regime for nearly two decades, Suu Kyi-led Myanmar transitioned into a partial democracy in the last five years.

Suu Kyi, a former Nobel laureate, however, faced widespread criticism from the West when her government expelled around 700,000 Rohingya Muslims accused of perpetrating Islamist terrorism and propagating separatism. In a case filed by a group of Islamic countries at the International Court of Justice in The Hague, she has been accused of genocide of Rohingyas.

At home, however, “the Lady”, as Ms Suu Kyi is known, remains wildly popular among the Buddhist majority who hold little sympathy for the Rohingya.

However, her government, whose survival depends on the military, not only stood by the army, but also began engaging Beijing to secure investments. For China, Myanmar is of strategic importance due to its access to the Indian Ocean, the main route for China’s oil imports from the Middle East.

Beijing is keen on the development of overland routes for oil and gas pipelines via the Kyaukphyu special economic zone (SEZ) and deep-sea port, which will allow it to bypass the South China Sea where the US and Japan are challenging its sovereignty.

While New Delhi has been interested in Myanmar’s entry into Association of Southeast Asian Nations (ASEAN) grouping against Beijing, China seems to have extended its backing to the military in Myanmar, amid the rapidly evolving situation in the region.

The Ministry of External Affairs (MEA) of India on Monday expressed concerns over the developments in Myanmar and urged that the rule of law must be upheld.

“We have noted the developments in Myanmar with deep concern. India has always been steadfast in its support to the process of democratic transition in Myanmar. We believe that the rule of law and the democratic process must be upheld. We are monitoring the situation closely,” the MEA said.

The US too expressed concern saying that it was ‘alarmed’ at the reports emerging from Myanmar.

“The US is alarmed by reports that Burmese military has taken steps to undermine country’s democratic transition, including arrest of State Counselor Aung San Suu Kyi and other civilian officials in Burma. President Biden has been briefed by NSA,” White House Spokesperson Jen Psaki was quoted by news agency ANI as saying.

“We continue to affirm our strong support for Burma’s democratic institutions and in coordination with our regional partners, urge the military and all other parties to adhere to democratic norms and the rule of law, and to release those detained today,” she added.

She further said that the US opposes any attempt to alter outcome of the elections or impede Myanmar’s democratic transition and will take action against those responsible if these steps aren’t reversed.

The United Nations too condemned the detention of Suu Kyi and other political leaders of the country.

“The Secretary-General strongly condemns the detention of State Counsellor Daw Aung San Suu Kyi, President U Win Myint and other political leaders on the eve of the opening session of Myanmar’s new Parliament,” Spokesperson for the UN Secretary-General said in a statement.

“He expresses his grave concern regarding the declaration of the transfer of all legislative, executive and judicial powers to the military. These developments represent a serious blow to democratic reforms in Myanmar,” the statement further said.

Murray Hiebert, a Southeast Asia expert at Washington’s Center for Strategic and International Studies think tank, said the situation was a challenge for the new U.S. administration.

“The U.S. as recently as Friday had joined other nations in urging the military not to move forward on its coup threats. China will stand by Myanmar like it did when the military kicked out the Rohingya,” he said.