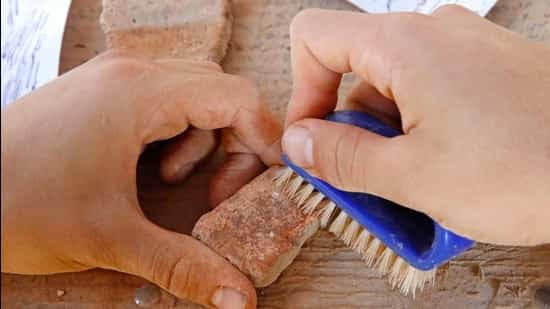 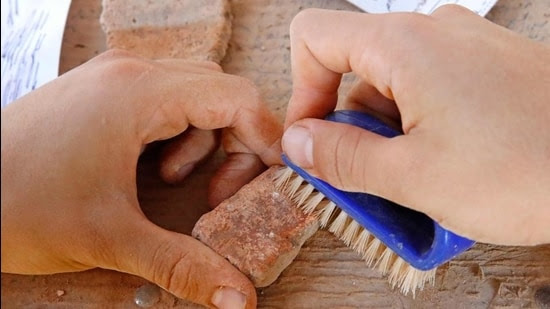 Representational Image. (File photo)
Telhara was the site of a Buddhist monastery in ancient India. It has been mentioned as Teladhaka in the writings of the Chinese traveller Hiuen Tsang, who visited the place in the 7th century CE. It has been also mentioned in the Ain-i-Akbari as Tiladah, and is shown as one of the 46 mahals (administrative units) of the Bihar sarkar.
A team of archaeologists has visited Telhara to review the status of the site and to chalk out the excavation plan. The digging was likely to begin in the next few days.
The ruins of Telhara were mentioned in an 1872 letter by A. M. Broadley, the then Magistrate of Nalanda. The State Government of Bihar started a new archaeological excavation of the site in December 2009.

Excavations at the site of the ancient Buddhist university in Bihar’s Telhara are set to resume after six years with the Archaeological Survey of India (ASI) giving the go-ahead for it, officials aware of the matter said. A team of archaeologists has visited Telhara to review the status of the site and to chalk out the excavation plan. The digging was likely to begin in the next few days, the officials said.

The remains of the university have remained buried under a 35-feet high mound at Telhara village, which is located in Bihar chief minister Nitish Kumar’s constituency. The state archaeology department started excavations there in 2009 but they were stopped five years later.

The digging earlier led to the remains of the ancient university and over half-a-dozen terracotta sealing, similar to the sealing found at ancient Nalanda University. One terracotta sealing has a Chakra flanked by two deer and carried the inscription, Sri Prathamshivpur Mahavihariyaye Bhikshu Sangha in Pali language, which is believed to be the original name of the university.

“Things have been cleared now and the ASI has allowed resumption of digging at Telhara. We will start the work in the next few days,” said Animesh Parashar, director, state archaeology department.

The department also plans a site museum near the excavation site.

CP Sinha, a former director of the KP Jayaswal Research Institute (Patna Museum), said the digging will unfold a new chapter in Bihar and India’s history. “It has remained a major site for the historians and archaeologists. Even Hiuen Tsang, the Chinese traveller visited Telhara and has given detailed descriptions in his travel account of the Viharas, the university, and of the buildings and their architectural designs located there,” he said.

Atul Kumar, a former state archaeology director who earlier led Telhara excavations, said Hiuen Tsang called Telhara a seat of learning, where the monks studied the Mahayan Buddhism along with other subjects. “Importantly the sealing found there and the size and shape of the bricks used in the structure indicate that it was set up in 1st Century AD while the Nalanda University was set up in 4th Century AD and Vikramshila University was set up in 7th Century AD,” he said. Kumar added the structure is believed to have been destroyed in the 12th Century and a layer of ashes was discovered over the remains during the digging conducted earlier.