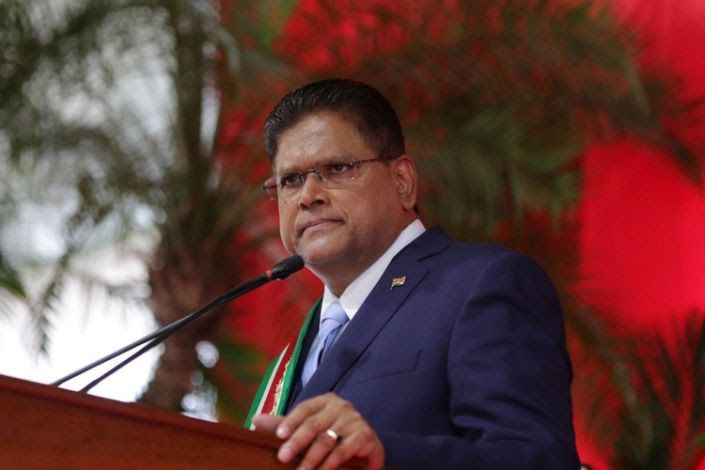 President of the Republic of Suriname, Chandrikapersad Santokhi, will be the chief guest at India’s Republic Day parade on January 26, sources in the central government told News18 on Sunday, days after UK Prime Minister Boris Johnson cancelled his visit to India. Sources confirmed that Santokhi, who is of Indian origin, will be attending the Rajpath parade.

Earlier this week, Santokhi was the chief guest at the Pravasi Bharatiya Divas Convention, held by the Ministry of External Affairs and he delivered the keynote address.

India had initially invited Boris Johnson to be the chief guest but the British PM had to cancel his visit in view of the grim coronavirus situation back home.

Santokhi was sworn in as the president of Suriname in July, 2020, when his party, the Progressive Reform Party, won 20 of the 51 seats in the elections. His win also brought an end to the dictatorial rule by Dési Bouterse. The PRP, known in the Dutch language as Vooruitstrevende Hervormingspartij or VHP by its initials, largely represents the Indian community and had originally been called the United Hindustani Party.

Suriname is a former Dutch colony where people of Indian descent make up the largest ethnic group comprising 27.4 per cent of the population of 587,000.

In an address at the virtual Pravasi Bharatiya Divas celebrations, the Indian-origin president expressed readiness to take the first step to end visa permits for visitors from India to Suriname.

‘Suriname is prepared to take a first step in doing so by ending visa permits for visitors from India to Suriname,’ he said.

Santokhi said there is scope to expand cooperation in areas of business, trade and tourism.

Elaborating on historical links between the two countries, the president said the Suriname diaspora is part of India’s soft power and India is also part of Suriname’s soft power.

Large numbers of Indian workers were taken to Suriname to work as indentured labourers in the 19th century.

He said Suriname and India have historical connections going back 148 years, which has shaped the lives of many who travelled from India.

‘I also feel pride in being of Indian heritage, a heritage and culture which was passed on by my parents and grandparents, who 148 years ago, started this adventurous journey from Bihar and Uttar Pradesh and sailed from Kolkata in search of their dreams for a better life in Suriname,’ he said.