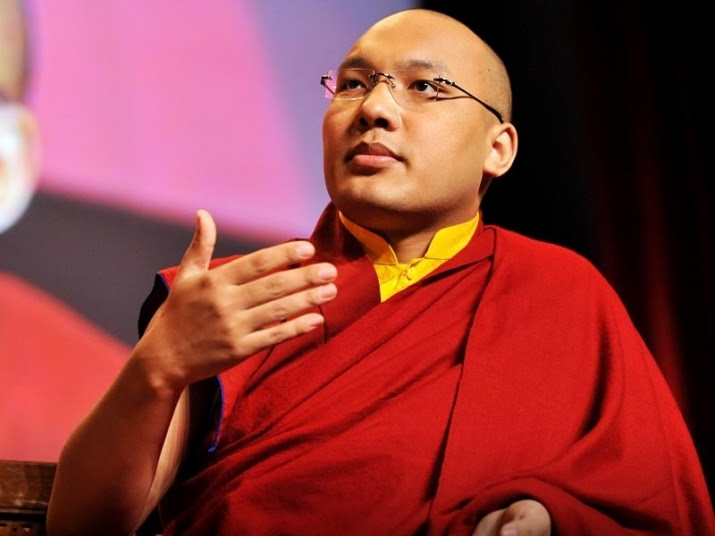 Thousands marched  to the streets of Gangtok, the capital of Sikkim, on 11 July to urge the Indian government to allow Ogyen Trinley Dorje, one of the two claimaints to the title of 17th Karmapa, to visit the landlocked Indian state. The key reason for the government’s refusal to allow Ogyen Trinley Dorje to visit Sikkim is the political sensitivity of Rumtek Monastery, the current seat of the Karma Kagyu leader, located 24 kilometers from Gangtok.

The institution of the Karmapa is the oldest tulku lineage in Tibetan Buddhism, dating back to Düsum Khyenpa (1110–93). Historically, the Karmapas were based at Tsurphu Monastery in Tibet, but the 16th Karmapa, Rangjung Rigpe Dorje, rebuilt Rumtek Monastery (Rumtek had already been established as a center of learning in the mid-1700s by the 12th Karmapa, Changchub Dorje, but had since fallen into disrepair) to be his new seat in 1966 after leaving Tsurphu Monastery and Tibet.

The majority of Tibetan Buddhists have recognized Ogyen Trinley Dorje as the reincarnation of Rangjung Rigpe Dorje, while an influential minority holds that Trinley Thaye Dorje is the 17th Karmapa. The dispute has prompted India to prohibit both masters from visiting Rumtek. Neither candidate lives or has been enthroned there, and the movements of Ogyen Trinley Dorje, who is based at Sidhburi in India after fleeing Tibet at the age of 14, remain closely watched by the Indian government.

According to the website of Rumtek Monastery: “The Karmapa remains in temporary residence at Gyuto Ramoche Tantric University near Dharamsala, receiving teachings and transmissions from eminent Kagyu masters while the Indian government considers his request for asylum. Followers from around the world now travel to India to receive his blessings. One of His Holiness’s regents, His Eminence the Twelfth Goshir Gyaltsab Rinpoche, is overseeing activities at Rumtek Dharma Chakra Centre until His Holiness Karmapa Ogyen Trinley Dorje returns.”

The rally on 11 July was encouraged by reports that the Sikkim government had made progress in organizing a visit by Ogyen Trinley Dorje. The exile Tibetan news portal Phayul reported that a memo had been sent from the state governor on 6 July appointing Acharya Tshering Lama, chairman of Sikkim’s Ecclesiastical Affairs Department, to welcome the spiritual leader. The circular also recommended that Ogyen Trinley Dorje be accorded a cabinet rank reception with the Sikkim government.

However, according to a report on 10 July from Indian newspaper The Tribune, “there was no official confirmation regarding permission given by the Government of India allowing Karmapa to visit Rumtek Monastery.” On the same day, Phayul identified an unnamed source close to the Karmapa as claiming: “the initiative from the State of Sikkim is a welcoming sign. However, the Karmapa office here [in Dharamsala] has not yet received any confirmation letter from either the Central Tibetan Administration or New Delhi.” (Phayul) The source added that the process has only just begun and it would depend on how and when the appointed official approaches the Indian government to initiate it.

“We the people of Sikkim, in conformity and continuity to our common aspiration and prayers, therefore unanimously resolve that the Government of India must immediately grant permission and necessary clearance to Gyalwang Karmapa to visit and bless Sikkim,” the rally organizers said in a statement. Prominent slogans on banners held high during the march included: “It’s time that our dharma guru visit Sikkim now,” “Please allow Karmapa to visit and bless Sikkim,” and “Government of India, you have sovereign power to allow Karmapa to visit Sikkim.” (Phayul) Ogyen Trinley Dorje’s mother’s name is Loga; his father’s name is Karma Döndrub Tashi, a name given to him by the 16th Karmapa. Both of Ogyen Trinley Dorje’s parents’ names were similar to the names in the letter produced by Tai Situpa. According to Michele Martin, the letter was interpreted to mean he would be “born … in the area of Lhathok, which translates as ‘divine (lha) thunder (thog).’ The name of the remote nomadic community where Ogyen Trinley Dorje was born is Bagor, of which ba means ‘cow.’ The next line indicates his parents, where the masculine principle method refers to his father Döndrub, and the feminine principle wisdom refers to his mother Lolaga. The one used for the earth points to an animal that plows, and Ogyen Trinley Dorje was born in the year of the Wood Ox (1985). The far-reaching sound of the white one indicates the sound of the conch shell that is said to have miraculously resounded in the sky for hours after Ogyen Trinley’s birth.