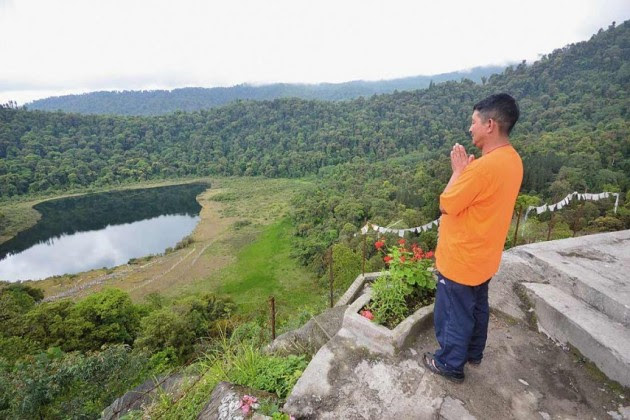 Sikkim has been adjudged the cleanest state while Jharkhand comes last in the list on the condition of sanitation in rural areas of 26 states in which Prime Minister Narendra Modi’s home state Gujarat is ranked 14th.

The states which fared poorly in the NSSO study include Chhattisgarh, Odisha, Madhya Pradesh, Uttar Pradesh, Bihar, Rajasthan, Tamil Nadu, Karnataka and Jammu and Kashmir. NDA major BJP is ruling or sharing power in five of the states that have been placed at the bottom of the list.

Maharashtra and Andhra Pradesh, where BJP is sharing power with other parties, have been placed at 15th and 16th positions respectively.

The NSSO conducted the survey in May-June 2015 covering 73,176 households in 3,788 villages across the country. The ranking given on the basis of percentage of households having sanitary toilets and using them (either household or community toilets).

Tomar, who also heads Drinking Water and Sanitation Ministry which released the report, maintained that the survey was conducted in 2015 and “lot of changes have taken place since then” as far as the Swachh Bharat campaign is concerned.

Gujarat figures among the Ministry’s top 10 list scoring 79.37 per cent as against 53.4 per cent it scored in NSSO report.

Bihar has been placed at the bottom of the list with 25.16 per cent coverage.

Asked about the NSSO reports that non-BJP or NDA ruled states did better in 2015, Tomar said the campaign “is for all”.

“It does not matter for the central government which party is ruling in which state. The campaign is for the entire country and for all,” he said.

When asked about his home state Madhya Pradesh securing 24th spot in the Ministry’s list and 23 in NSSO’s list, Tomar said being a minister he is responsible for the entire country and the government is taking efforts to keep the campaign active across India.

Asked about states like Bihar faring poorly in the NSSO survey, Tomar said the central government is speaking to state governments on giving priority to the Swachh Bharat Mission.

He said the Ministry is also organising meeting with sarpanches from different states to bring them on board to ensure the campaign is successful.

The government intends to make India open defecation free (ODF) by 2019, coinciding with 150th birth anniversary of Father of the Nation Mahatma Gandhi.