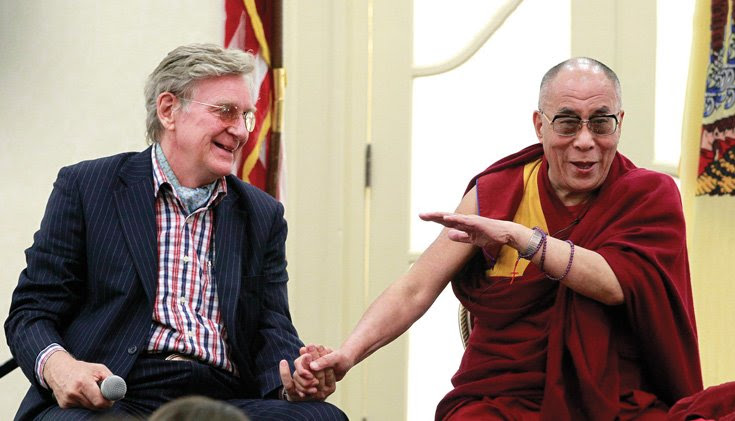 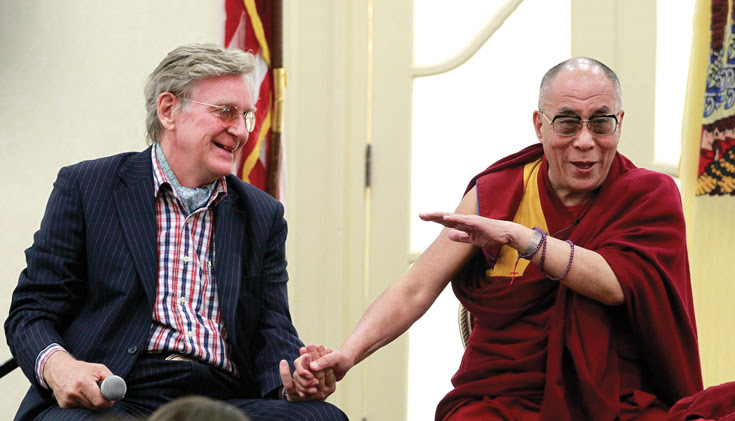 Prof Robert Thurman with His Holiness the Dalai Lama/File photo

Robert Thurman is Professor of Indo-Tibetan Buddhist Studies at Columbia University as well as co-founder and President of Tibet House US and its Menla Retreat & Spa in service of HH Dalai Lama & the people of Tibet. A close friend of the Dalai Lama’s for over 50 years, he is a leading world-wide lecturer on Tibetan Buddhism, passionate activist for the plight of the Tibetan people, skilled translator of Buddhist texts, and inspiring writer of popular Buddhist books.

One of the most senior renowned international scholars of  Tibetan  Buddhist tradition, Professor Robert Thurman is to be conferred with one of India’s highest civilian award, the Padma Shri for his path-breaking research and contribution in Indo-Tibetan Buddhist studies.

On the eve of India’s 71st Republic Day, the President of India, His Excellency Ram Nath Kovind approved the conferment of Padma Shri Award 2020 to 118 recipients which included Robert Thurman.

The Padma Shri is one of the highest civilians honours of the country. The awards are conferred by the President of India at ceremonial functions which are held at Rashtrapati Bhawan usually around March or April every year.

Robert Thurman, a noted Buddhist scholar and academic has written, edited, and translated several books on Tibetan Buddhism. Thurman, the father of actress Uma Thurman, is the Jey Tsong Khapa Professor of Indo-Tibetan Buddhist Studies in the Department of Religion at Columbia University. He is also the president of the Tibet House U.S. and American Institute of Buddhist Studies respectively. He translated the Vimalakirti Sutra from the Tibetan Kagyur into English.

Prof Thurman is highly known for translations and explanations of Tibetan Buddhist religious and philosophical materials. He was named one of the 25 most influential Americans of 1997. In 2006, New York Magazine named him as one of the “Influentials” in religion.

Other foreign recipients of the prestigious award include Prof. Lia Diskin, who is a Co-founder of the Palas Athena Institute, a Gandhian and the main organizer of His Holiness the Dalai Lama’s visits to Brazil from 1992 to 2011.

The Padma awards are considered to be the most prestigious and one of the highest civilians honours of India. It is usually conferred in three categories-Padma Vibhushan, Padma Bhushan and Padma Shri. The Awards are given in various disciplines/ fields of activities, viz.- art, social work, public affairs, science and engineering, trade and industry, medicine, literature and education, sports, civil service, etc.