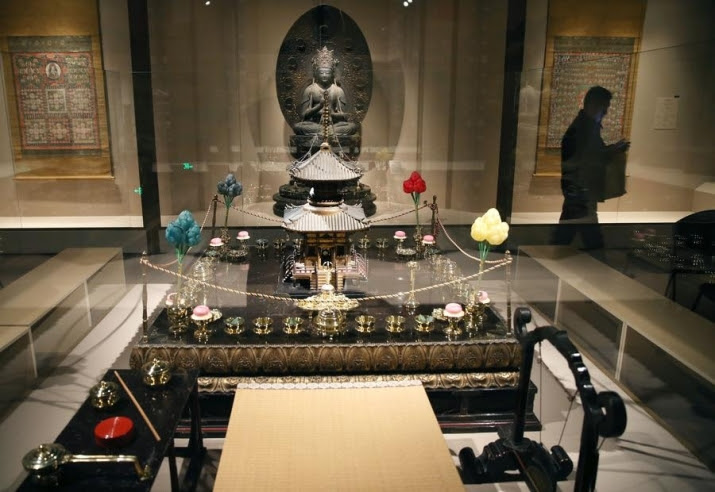 Relics on display during the exhibition. From chinadaily.com.cn

Some 90 artifacts from the Buddhist temple Daigo-ji in Kyoto, including 13 of Japan’s National Treasures, are currently in China for two public exhibitions. Titled The Beauty of Mantra: Arts in the Collection of Daigoji Temple, the traveling exhibit is on view at the Shanghai Museum until 10 July before moving to the Shaanxi History Museum, where it can be seen between 28 July and 20 September.

This is an extremely rare opportunity for Japanese Buddhist art-lovers as this is only the second time the Daigo-ji items have been shown outside Japan—they were previously shown in Germany in 2008. The director of the Shanghai Museum, Yang Zhigang, told the Chinese English-language online newspaper Global Times that it had been difficult to arrange an exhibition of such a collection, with the participating institutions having taken more than three years to prepare for this year’s tour.

Daigo-ji itself is steeped in history and heritage. It was founded in 874 by Shobo (dates uncertain), posthumously known by the name Rigen-daishi, and quickly became a center of Shingon learning, influence, and art. The Daigo-ji website lists its National Treasures, the most precious category of Japan’s tangible cultural properties, as numbering 41, along with 39,362 Important Cultural Properties, which are also of immense importance. Precious scrolls and texts number more than 100,000. The temple was registered as a UNESCO World Heritage Site in 1994, and appears on the list of Historic Monuments of Ancient Kyoto (Kyoto, Uji and Otsu Cities).

According to Global Times, the present exhibit includes Buddhist statues, paintings, scriptures, and ritual objects from the 7th to the 19th century. The installation is divided into three parts: a walk-through of Daigo-ji’s history, with visual accompaniments of sutras and sculptures of monks; ritual aspects of esoteric Buddhism and tantric imagery via statues, paraphernalia, and mandalas; and the artistic life of the temple. 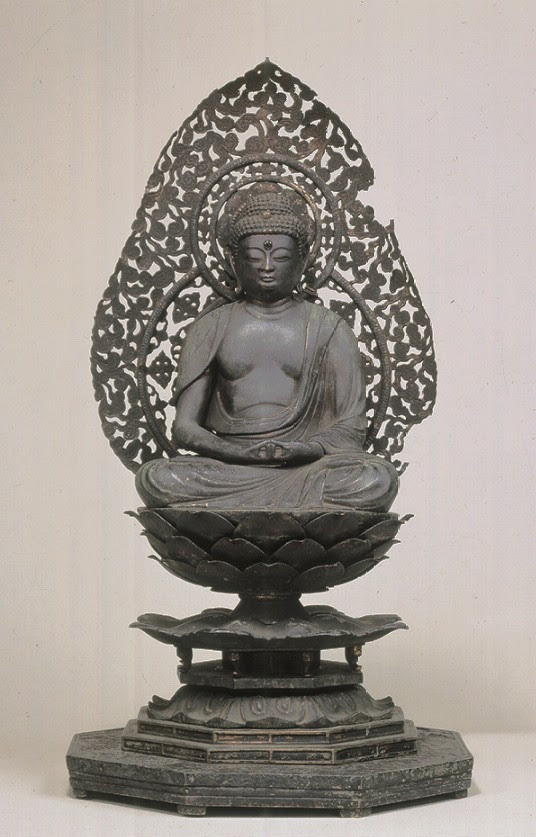 As well as giving visitors a sense of the temple and Japanese esoteric (Shingon) Buddhism, the artifacts recall a long-lost era of esoteric Buddhism in Tang-era (618–907) China. According to the China Daily Europe website, some of the most distinctive items in the show are the “Wisdom King” (Skt. vidyaraja; J. myoo) sculptures, which hark back to an age when esoteric Buddhism was a popular school in medieval China (Shingon is still very influential in Japan today). Yang Zhigang told ShanghaiDaily.com that most Japanese sculpture is in wood since bronze and stone were not easy to obtain in Japan, while Buddhist paintings, sutras, and historical records are usually made of paper. “Although it’s fragile, paper is still more durable than silk,” he explained, adding, “Thanks to the dedication of monks of many generations, the fragile yet precious artworks in Daigoji is [sic] well preserved.”

ShanghaiDaily.com also praised the atmospheric installation of the exhibition: “To perfectly showcase the charm of the Buddhist art, the exhibition hall of the museum has been designed in a wood architecture style with dim light,” it said, noting that visitors are greeted by a seated, perfectly preserved statue of the great master Kukai (774–835), the founder of the Shingon school. 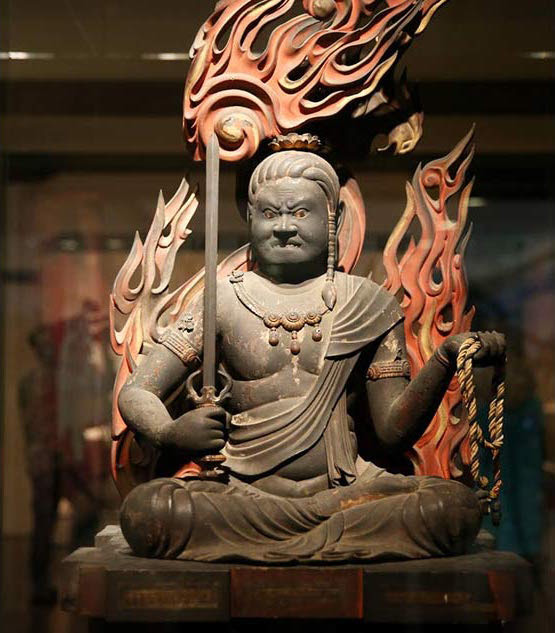