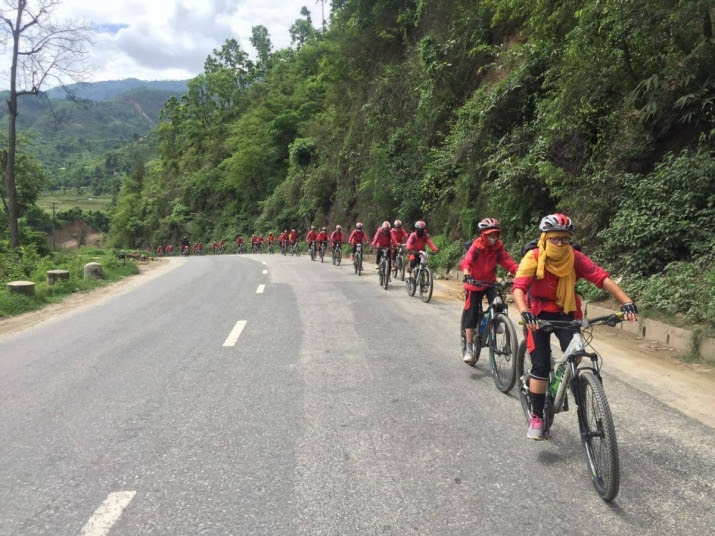 Yatris on their way to Ladakh. From Gyalwang Drukpa Facebook

On 3 rd July 2016 the enterprising head of the Drukpa Kagyu lineage kicked off the 4th Drukpa Eco Cycle Yatra, this time leading 500 cyclists from Kathmandu, Nepal to Hemis in Ladakh. The participants are made up mainly of the famous Drukpa Kung Fu nuns from Druk Gawa Khilwa Nunnery at Druk Amitabha Mountain in the hills of Kathmandu and fellow martial monastics from Naro Photang Nunnery on the outskirts of Leh, Ladakh.

The two-and-a-half-month journey, intended to make a statement about gender equality and sustainable living as well as as a form of purification, will cover some extremely challenging terrain. The yatris’ final destination is the Naropa 2016 festival in Ladakh, which will mark one millennium since the birth of the great sage Naropa (1016–1100).

The Naropa festival is held every 12 years in conjunction with the Year of the Monkey in the Tibetan lunar calendar. Hundreds of thousands have attended the festival on previous occasions, and a similar number is expected this year. According to the festival’s website: “ . . . this month-long festival includes several rare cultural events that are believed to grant spiritual liberation upon sight. This includes the ceremonial unfurling of one of the greatest regional treasures–an ancient silk embroidery of saint Padmasambhava that stretches several stories in height, a beloved devotional art piece, which is only displayed to public audiences during the Naropa festivities. The Naropa events also mark the largest assembly of Drukpa masters and includes cultural performances by prominent Himalayan artists representing the greater Drukpa community.”

The Gyalwang Drukpa will be wearing the Six Bone Ornaments of Naropa at the festival, which are reputed to have been bestowed upon Naropa by dakinis. The donning of these ornaments by His Holiness is the climax of the event, as they are extremely holy treasures and, because of their association with Naropa, the symbolic origin of many spiritual practices in Himalayan Buddhism. 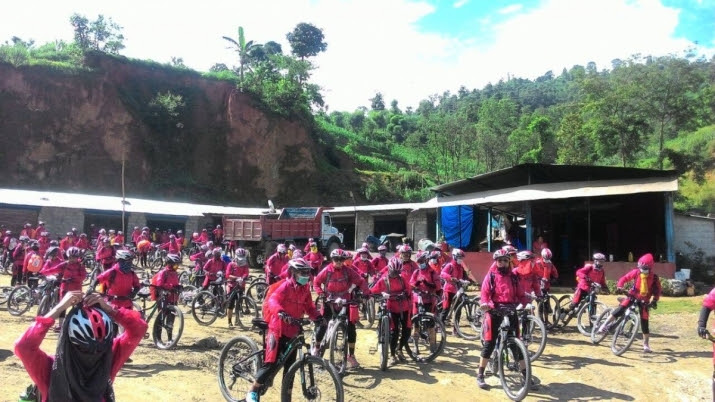 The festival was originally scheduled for July, but on 10 May the Gyalwang Drukpa announced on his Facebook page that he had decided to delay it after learning of a clash of timetables with a visit by His Holiness the Dalai Lama. “Apparently this decision has brought some relief to the organisers of Naropa 2016 since they felt they needed a little more time to complete the construction. Similarly those people who were not able to join in July are happy with the postponement but those who booked air tickets etc. are unhappy because they will incur a loss. Additionally, the organizers informed me that they are going to face a huge financial hit,” he wrote.

“To everyone I wish to say that Guru Devotion cannot be measured in monetary terms, and I still wish to see you all in September 2016,” he noted in closing. “Please take care until we meet.”

The Gyalwang Drukpa has been an active proponent and leader of eco yatras, with the most recent cycle yatra finishing in January this year. The Naropa 2016 festival will culminate in the 8th Eco Pad Yatra (a journey on foot) from 23 September to 1 October, starting from Chemdrey and ending at a renowned prediction lake in Ladakh, passing through holy sites of pilgrimage along the way. Drukpa Thuksey Rinpoche, second in the Drukpa lineage hierarchy, believes that the festival demonstrates that centuries-old traditions still hold relevance even in contemporary times, not just for Buddhists but seekers across faiths. As he says:

“These festivals play a critical role in promoting tourism and cultural heritage. Don’t you think that they are a great way for local people to celebrate and bond among themselves as well as connect with those who show interest in knowing and understanding them?”