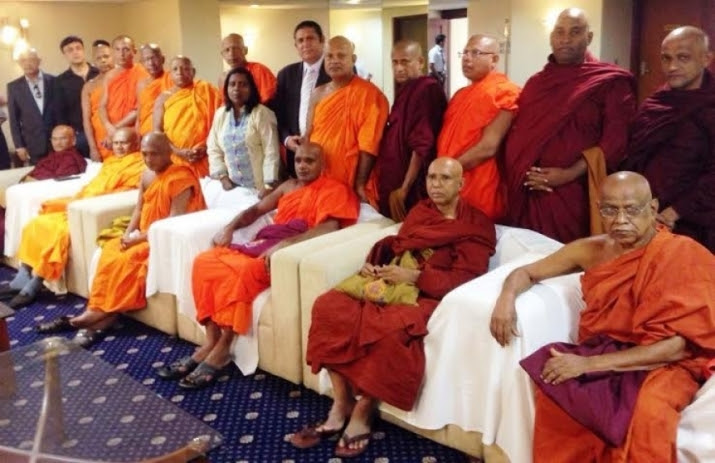 Buddhism has an ancient history in Pakistan; currently there is a small community of at least 1500 Pakistani Buddhist in the country. The country is dotted with numerous ancient and disused Buddhist stupas along the entire breath of the Indus River that courses through the heart of the country.

The newly formed National History and Literary Heritage Division under Pakistan’s Ministry of Information, Broadcasting and National Heritage arranged a special function in the capital Islamabad on Monday to mark Vaisakh Day. State-owned broadcaster Radio Pakistan reported that it was the first time the Buddhist festival, which was attended by an official delegation from Sri Lanka, had been observed at an official level in Pakistan.

Vaisakh , also known as Buddha Purnima or, more informally, Buddha’s Birthday, commemorates the birth, enlightenment (nirvana), and passing from this world (Mahaparinirvana) of Shakyamuni Buddha. The occasion is a public holiday in many countries in Asia and is observed by millions of Buddhists all over the world.

Pakistan’s government had invited a 43-member delegation from Sri Lanka, comprised of government ministers, senior monks, religious scholars, and media representatives. During the occasion, National History and Literary Heritage Division officials emphasized Pakistan’s rich Buddhist history and the large number of historic Buddhist sites and artifacts that still exist to the present day, as well as museums around the country that play a crucial role in helping to preserve that history.

Buddhism spread to what is now Pakistan during the reign of the Mauryan emperor Ashoka (r. c. 268–c. 232 BCE), whose empire encompassed much of the Indian subcontinent. A key figure in the propagation of Buddhism throughout South and Central Asia, Ashoka is credited with ordering the construction of thousands of monasteries, stupas, and other Buddhist monuments across the region. Countries in the region are now using their shared Buddhist history as a basis to strengthen political and commercial relations with one another and with other Asia-Pacific countries, in particular China.

In his inaugural address, Siddiqui said Pakistan was proud to be the custodian of historic Buddhist relics and monasteries and expressed hope for a strengthening of mutual cooperation and friendship between Pakistan and Sri Lanka. “It is a result of cultural and people-to-people contact between the two countries that Pakistan decided to celebrate the birth anniversary of Lord Buddha for the first time in Pakistan,” he said. (Daily Times)

Siddiqui observed that the government of Pakistan was cognizant of the country’s rich cultural heritage and its responsibility to ensure the proper preservation and protection of all Buddhist archaeological sites and monuments as well as those of other religions.

The kingdom of Gandhara, which is understood to have been predominantly Mahayana Buddhist, flourished in what is now northwest Pakistan from the 6th century BCE to the 5th century CE. It is credited by some historians with producing the first art to depict images of the Buddha, most of which was enshrined in monasteries and stupas. According to some accounts, the 8th century Buddhist teacher Padmasambhava, who introduced Buddhism to Tibet and is popularly known as Guru Rinpoche, was born in a village near the present-day town of Chakdara in Pakistan’s Swat Valley.

Many Buddhist empires and city states existed, notably in Gandhara but also elsewhere in Taxila, Punjab and Sindh. It is believed that Tantric Buddhism was developed in Pakistan’s Swat valley. Pakistan and much of Afghanistan were one of the first regions to adopt Buddhism and which saw a large number of adherents to the faith. It is believed that through the Silk Road of northern Pakistan, that Buddhism spread later to Central Asia, China and beyond.