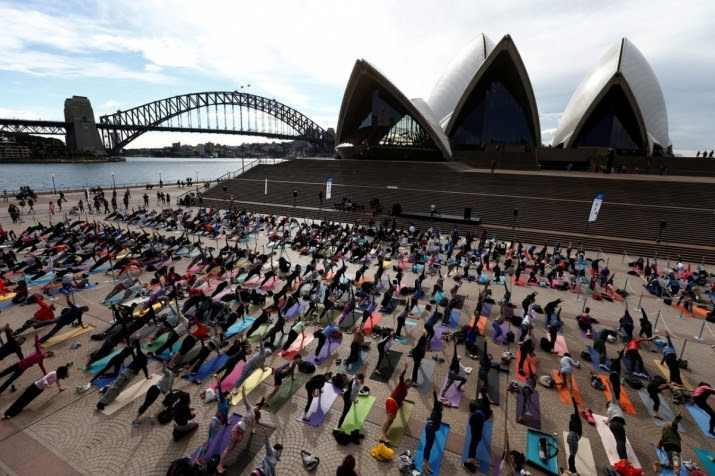 ‘Yoga’ -the very word radiates peace and tranquility. This feeling probably stems from the etymology of the word.

The word Yoga is derived from the Sanskrit word ‘Yuj’ which essentially means to join or unite. The union referred to is that of the individual self uniting with Cosmic Consciousness or the Universal Spirit. Yoga is a means to achieving this goal.

The first International Day of Yoga, observed on 21 June 2015, millions of yoga enthusiasts joined mass gatherings in towns and cities in more than 150 countries across the world on Tuesday—from New York and London to New Delhi, Singapore, and Sydney—to participate in the second annual celebration of this ancient spiritual, mental, and physical practice.

Colourful  yoga mats were laid out in formation before Sydney’s iconic opera house, while New York’s Times Square was blocked off to make room for hundreds of eager practitioners. Afghans and expatriates gathered to stretch and bend in front of the Indian embassy in Kabul, while at Britain’s ancient standing circle of Stonehenge yoga practitioners flocked to welcome the Summer Solstice. 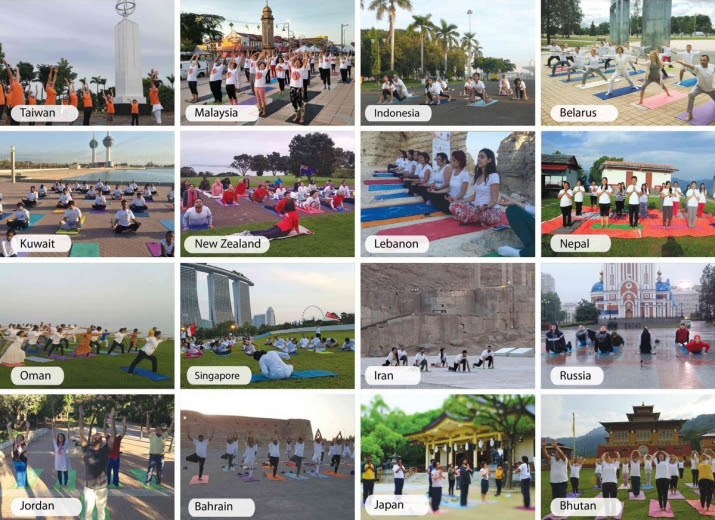 Yoga-lovers gathered in more than 150 countries all over the world to mark the second annual International Day of Yoga.

Beautiful  city Chandigarh,  Narendra Modi took to the mat with more than 30,000 people of all ages for a mass yoga session at the outdoor Capitol Complex. “Do not wait, make yoga a part of your life,” said the 65-year-old premier, who has established a government ministry charged with promoting yoga. “This is a day linked with good health and now it has become a people’s mass movement.” (Tibet Post)

The idea for an international yoga day was first introduced by Modi during a speech before the United Nations General Assembly in September 2014. The following December, the United Nations adopted the proposal by a resolution that was endorsed by an unprecedented 175 countries, and the first International Day of Yoga was observed on 21 June 2015. The summer solstice in the northern hemisphere is significant in the yogic tradition as it is believed to be the day on which Shiva, the Adiyogi, or first yogi, met his disciples, who went on to disseminate the practice around the world. 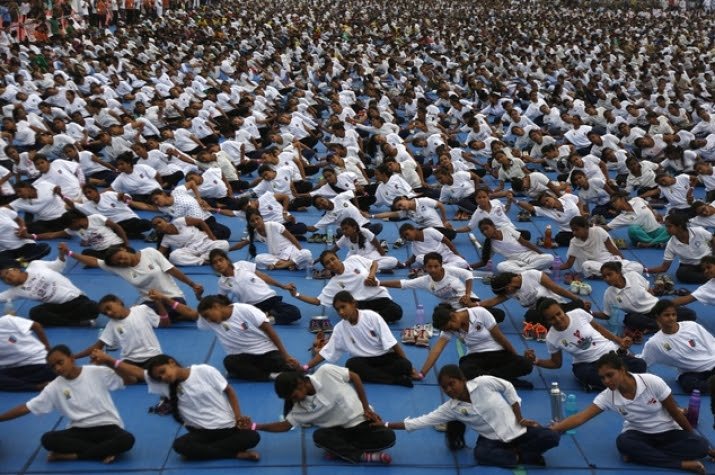 More than 8,000 people hold hands in Ahmadabad, India, as they attempt to create a record for the longest human yoga chain during International Day of Yoga.

Following the adoption of the resolution, a number of public figures in India expressed support for the initiative. “It is very difficult for any philosophy, religion, or culture to survive without state patronage. Yoga has existed so far almost like an orphan. Now, official recognition by the UN would further spread the benefit of yoga to the entire world,” said Ravi Shankar, spiritual leader and founder of the humanitarian Art of Living Foundation. (Sri Sri Ravi Shankar)

Yogi and author Jaggi Vasudev, commonly known as Sadhguru, also praised the resolution, saying, “The coming year is an historic event in many ways because this could be a kind of foundation stone to make scientific approach to the inner wellbeing of the human being a world wide thing—that if you want to be well, you don’t have to seek heaven’s help; you can turn inwards and fix it; you can turn inward and create wellbeing . . . it’s a tremendous step for the world.” 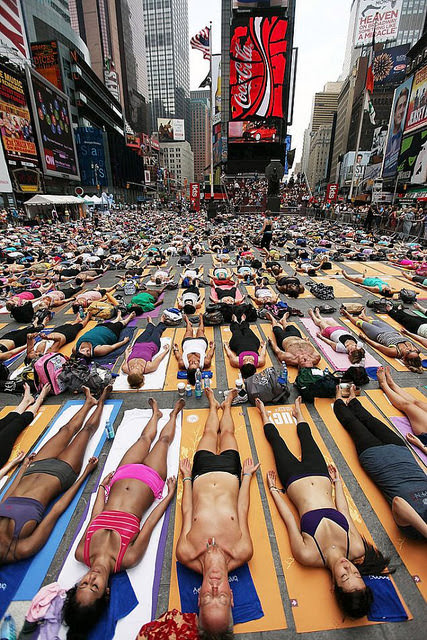 Lying down in New York’s Times Square for International Day of Yoga.

The term “yoga” applies to a variety of methods, practices, and teachings that employ a range of specialized techniques intended to enable the practitioner to achieve different states of physical, mental, or spiritual development. The recent popularization of yoga in the West has generally taken a secular approach, with an emphasis on physical mobility, stress reduction, and overall well-being. The origins of the practice of yoga in ancient India are unclear, with little consensus on its earliest roots; some sources suggest it dates back to South Asia’s Indus Valley civilization (3300–1900 BCE). Other scholars believe the discipline most likely developed in the 6th–5th century BCE among India’s ascetic spiritual movements.Excavations give evidence of yoga’s existence during this period; yogi -like figures engraved on soapstone seals have been unearthed. In fact, it was the Aryans, migrating from the north- west, who were instrumental in discovering yoga.