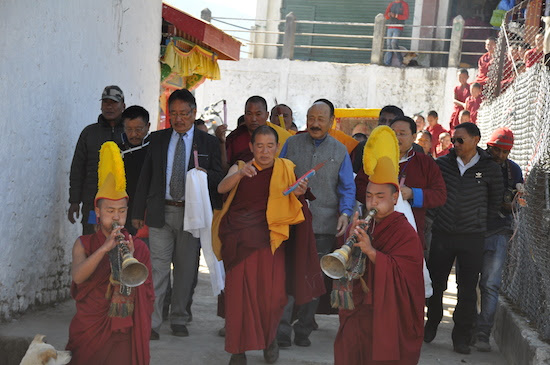 TAWANG, Arunachal Pradesh: Under the radiance of the sun beaming in all its glory over the soothing calm of the historical Tawang monastery, the streets of Tawang district witnessed the gathering of the 5th Tawang Yatra on 21 November. The Tawang Yatra, an annual pilgrimage defined by the triple concepts of spiritualism, naturalism and nationalism, began in the year 2012 with more than 175 participants from 22 states of India.

This year, the Yatra saw over a thousand participants. The Yatra (pilgrimage) began from Guwahati in Assam on 18 November and was flagged off by Shri Indresh Kumar, a senior leader of the Rashtriya Swayamsevak Sangh (RSS).

The Yatris (pilgrims) passed through Nagaon, Tezpur and halted for a night at Bhalukpong. They left Bhalukpong the next morning and crossed Nechi Phu (Zero Point), Tenga, Bomdila, Dirang, Sela, Jang and Khrimu before arriving at Tawang. At Tawang, the pilgrims were given a special reception hosted by Tawang monastery with special prayers and a tour of the monastery.

From Tawang monastery, the pilgrims – along with monks, nuns and the local Tibetan public – embarked on a peace procession till Kalawangpo Convention Center. The participants raised slogans calling for the long life of His Holiness the Dalai Lama, Tibetan freedom and India’s security during the procession.

At Kalawangpo Convention Center, a brief ceremony was held to mark the success of the Yatra. The chief guest at the ceremony was Mr Sonam Topgyal Khorlatsang, Kalon of the Department of Home, Central Tibetan Administration. The guest of honour at the ceremony was Shri R K Khrimey, National Convener, Core Group for Tibetan Cause – India.

Home Kalon Sonam Topgyal, in his address, emphasised Tibet’s strategic importance in South Asian geopolitics and the historical bond between Tibet and India. He pointed out that Tawang, the birth place of the 6th Dalai Lama, is spiritually significant for Tibetan Buddhists.

He further condemned China’s expansionist ideology and expressed his concern over the damming of Tibetan rivers, which could threaten the livelihood of millions living in downstream countries.

Shri R K Khrimey underlined the importance of restoring Tibet’s right to self-determination and the resumption of dialogue between the Chinese government and envoys of His Holiness the Dalai Lama. He shared his optimism for a fruitful resolution of the Tibet issue and expressed his fervent hope for the successful return of His Holiness the Dalai Lama to Tibet. He further urged the public to persuade their local leaders to raise the Tibet issue. Read press release by Core Group for Tibetan Cause – India.

The ceremony also saw a colorful presentation of cultural performances by students from Kasturba Gandhi Balika Vidyalaya, Vivekananda Kendra Vidyalaya, Orphanage Manjushri Vidyapeeth and many others. The theme of the cultural presentations was Akhand Bharat and Unity in Diversity.

The next day, on 22 November, the participants visited Bumla – a border town between India and Tibet. The objective behind visiting this place – which stands at a height of 14776 ft – is to emphasise India’s commitment to unity in diversity and Arunachal Pradesh as an integral part of India. With this, the pilgrims left Tawang and concluded the Yatra on 23 November at Guwahati, from where it began. 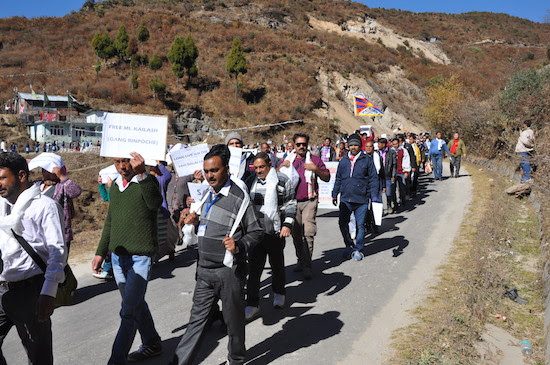 The participants of Tawang Yatra holding a peace procession from Tawang monastery to Kalawangpo Convention Center. 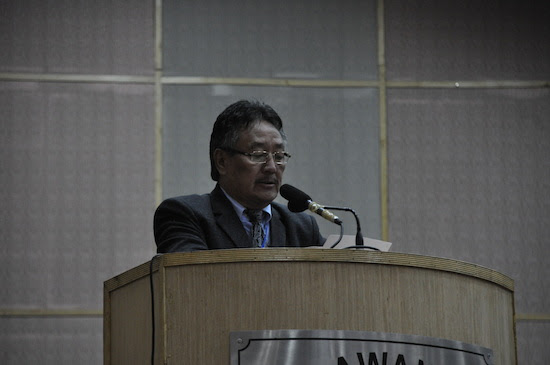 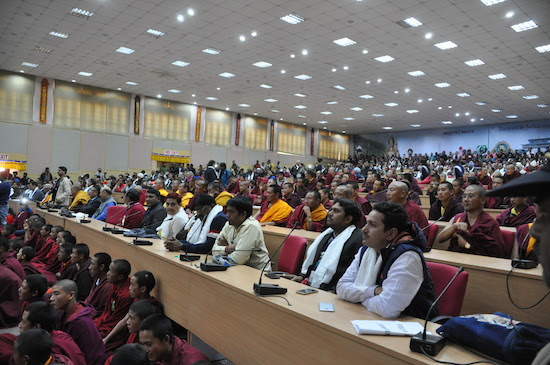 Dignitaries and participants during the ceremony at Kalawangpo Convention Center.