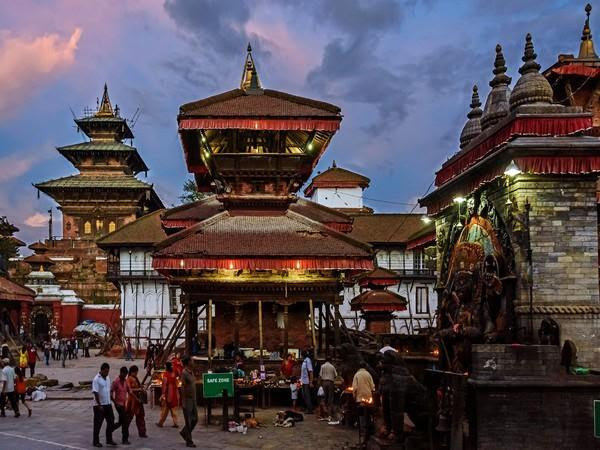 Medical aid from various European Countries has continued to land in Nepal to combat COVID-19, while COVID-19 vaccines are expected to be provided by the end of the year.

Addressing a press conference, German Ambassador to Nepal, Roland Schafer said: “The European Union is the biggest provider of vaccines worldwide. We have been providing two hundred and 40 million dosages worldwide. It is the same amount of vaccine that we have used inside the European Union. Right now we have a commitment from European vaccine producers that they will provide 1.2 billion dosage by the end of year to be shared with small and lower income countries including Nepal.”

The event was organised at the tarmac of Tribhuwan International Airport, which is committed to provide the vaccines to the Himalayan Nation by the end of 2021. It is the third aid that Nepal has received from Germany under European Union’s Civil Protection Mechanism in less than a week.

The materials were handed over to Minister for Health and Population, Sher Bahadur Tamang by German Ambassador Schafer. Ambassadors of the Delegation of the European Union, France and Finland were also present on the occasion.

After hitting a peak in May, Nepal has continued to record a sliding number of infections. Nepal as per today recorded 5,153 new cases of COVID-19 with 6,570 recoveries and 108 deaths.