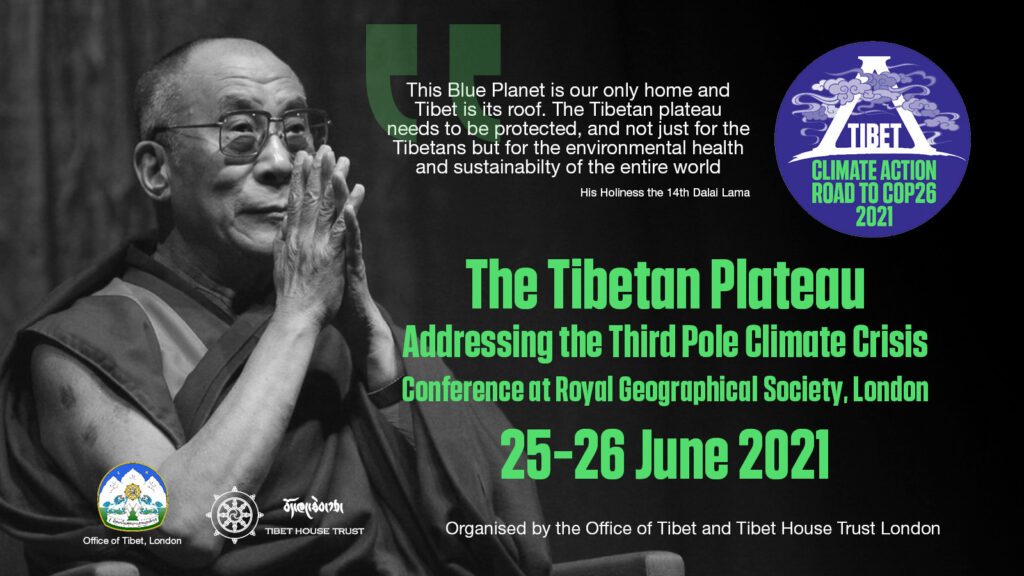 London: As part of its campaign in the run-up to UN COP26 in Glasgow, the Office of Tibet, London is organising a two-day Environment conference on “The Tibetan Plateau, Addressing the Third Pole Climate Crisis” at Royal Geographical Society, London on 25 – 26 June.

The panel discussions will be broadcast live via the Office of Tibet London Facebook page from 10:45 am BST.

– Filed by Office of Tibet, London