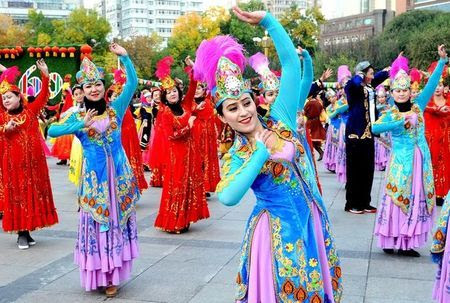 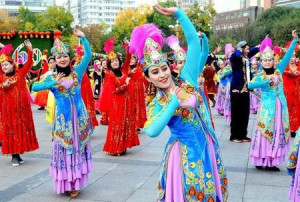 Hundreds of people have been killed over the past few years in resource-rich Xinjiang, strategically located on the borders of central Asia, in violence between the Muslim Uighur people who call the region home and ethnic majority Han Chinese.

The government has blamed the unrest on Islamist militants, though rights groups and exiles say anger at Chinese controls on the religion and culture of the Uighurs is more to blame for the unrest. China denies any repression in Xinjiang.

The official Xinjiang Daily said the government would begin a new round of public education activities to spread knowledge about China’s new counter-terrorism law, passed last year, to help improve the region’s peace and stability.

These activities will “mobilise the masses from all ethnicities to proactively and actively participate in the anti-terrorism struggle”, the paper said.

While law enforcers and lawyers would hold public talks, there will also be a “leading role for culture”, it added.

“Hold many cultural propaganda activities that delight the masses, and let them be educated through entertainment,” the paper said, citing instructions from the government.

It did not give details, but typically such events involve song and dance routines and comedic skits. Generally these days they happen in more remote parts of the country rather than China’s increasingly sophisticated large cities.

The government will also use mass and social media to “strengthen public opinion” work and “create a good atmosphere” for Xinjiang’s lasting social stability, the paper added.