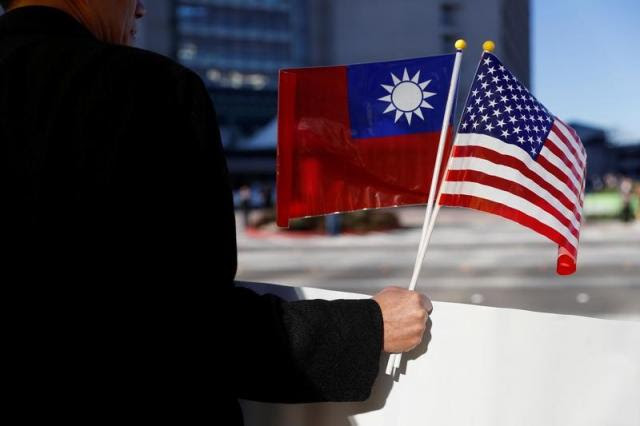 The United States should not allow a delegation from Taiwan to attend US President-elect Donald Trump’s inauguration, China’s Foreign Ministry said on Wednesday.

Trump broke with decades of precedent last month by taking a congratulatory telephone call from Taiwan President Tsai Ing-wen, and he has also said the “One China” policy was up for negotiation, a position Beijing strongly rejected.

A Taiwan delegation, led by former premier and ex-ruling party leader Yu Shyi-kun, and including a Taiwan national security adviser and some lawmakers, will attend Friday’sinauguration, Taiwan’s Foreign Ministry said this week.

A spokesman for Taiwan President Tsai Ing-wen’s office said no meetings were scheduled with the new Trump administration while the delegation was there for the event.

China considers Taiwan a breakaway province, with no right to have any kind of diplomatic relations with other countries.

Chinese Foreign Ministry spokeswoman Hua Chunying said China was opposed to Taiwan using any excuse to send people to the United States to “engage in activities to interfere in or damage China-US ties”.

“We again urge the relevant side in the United States not to allow the Taiwan authority to send a so-called delegation to the United States to attend the presidential inauguration and not have any form of official contact with Taiwan,” Hua told a regular news briefing.

“China’s position has already accurately and unmistakably been given to the US administration and Trump’s team.”

China’s ambassador to the United States, Cui Tiankai, will attend the inauguration on its behalf, she added.

Defeated Nationalist forces fled to Taiwan in 1949 after losing a civil war with the Communists.

China has never renounced the use of force to bring Taiwan under its control, and proudly democratic Taiwan has shown no interest in wanting to be run by Beijing.

China is deeply suspicious of Taiwan’s Tsai, whom it suspects of wanting to push for the island’s formal independence, a red line for China.

Tsai, who visited the US this month while travelling to and from Central America, says she wants to maintain peace with China.

The administration of President Barack Obama has repeatedly reinforced the US commitment to the “one China” policy, under which Washington acknowledges China’s position of sovereignty over Taiwan, since Trump’s call with the Taiwanese leader.

Trump is to be sworn into office on Friday.Lot of high profile dignitaries supposed to join swearing in ceremony.