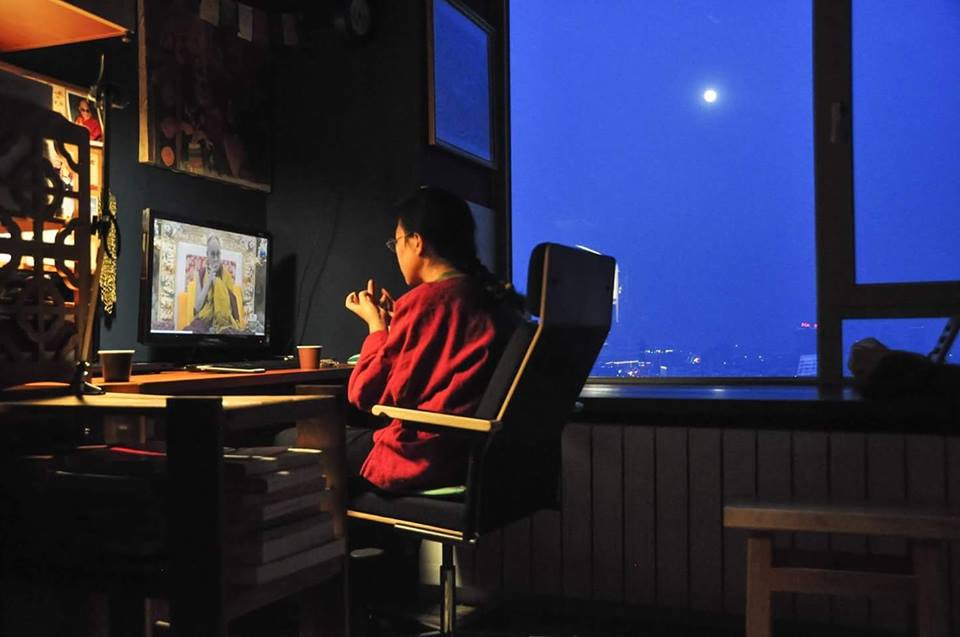 Bodh Gaya:  His Holiness the Dalai Lama, which attracted people of faith from across the globe, is special for many reasons. It is taking place in Bodh Gaya, the land where Lord Buddha attained enlightenment, is being organized by the Central Tibetan Administration for the first time in exile history and the entire initiation was broadcast Live on Tibet TV.

According to Tibetan Political Leader Sikyong Dr. Lobsang Sangay, “Besides the 200,000 devotees attending the teaching from 92 countries here at Bodh Gaya, we have over 150,000 people from all over the world participating in the Kalachakra teaching through our live broadcast of the event.”

“This is the first time we used the Facebook live video feature for Kalachakra. Tibet TV’s Facebook page registered a record 3-million reach during the Kalachakra and garnered over 200,000 views for a single broadcast,” said Namgyal Tsewang, Section Head of Tibet TV.

“The response from across the globe is overwhelming. We are inundated with online messages from viewers from scores of nations: from China to Chile, from South Africa to Sri Lanka, thanking us for the broadcast,” said Tsering Yangkey, Additional Secretary, DIIR.

Tibetans in Tibet who couldn’t attend the Kalachakra initiation owing to travel restrictions and China’s recall policy, have been assured by His Holiness the Dalai Lama that they will receive the initiation in spirit.

On the first day of Actual Kalachakra Initiation, His Holiness remembered the absentee devotees and said, “As mentioned in Vinaya, there was an ordination given by way of letters. So similarly with the modern tool of communication, the Tibetans and Chinese and devotees across the globe having faith in the Kalachakra Teachings could visualize taking the initiation. As we go through the teachings here, if they could accordingly, think and follow my instructions. I will pray for all of them and then they will receive the initiation from today onwards.”

Beijing based Tibetan writer Tsering Woeser, winner of 2010 Courage in Journalism award expressed her indomitable faith in His Holiness the Dalai Lama and her spiritual fulfillment over having received the Kalachakra Initiation through the Live Webcast.

Tibet based Tibetan writer Tashi Rabten (Theurang) shared a moving image of an elderly Tibetan woman in Tibet receiving the Kalachakra teaching online and wrote ‘travel permits can be seized but the devotion in our heart cannot be subdued.’

CTA arranged for public screening of the Live Webcast in the Tibetan settlements in India to benefit the exile Tibetans, mostly the senior citizens who couldn’t attend the Kalachakra.

“It is my dream to attend the Kalachakra but I couldn’t do so because of my age and ill-health. It is quite unbelievable that I am able to receive the teachings daily through Tibet TV and attain ordination despite being away in a remote village in Ladakh. I now feel blessed by the living Buddha, His Holiness the Dalai Lama,” said Tseten Dorjee, 80, Ladakh.
Organized screening of the Live Webcast were also arranged by volunteer groups in India, Nepal and the United States.
“The Live Broadcast of the Kalachakra is a successful model of connecting faith through technology. By leveraging technology, we have been able to reach out to a global audience including devotees in Tibet and China, and offer them the divine gift of virtual participation in the auspicious Kalachakra Initiation,” said Dhardon Sharling, Information Secretary, DIIR.