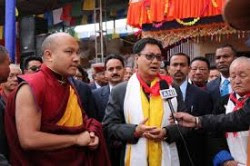 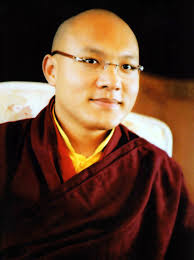 China has said it hoped India would not take actions to “complicate” the boundary dispute after the Tibetan spiritual leader, the 17th Karmapa, made his first visit to Arunachal Pradesh last week.

Beijing said on Monday it hoped India can “refrain from any action that might complicate the boundary question”, responding to the Karmapa’s visit to address a large gathering in the Mon region of the state, which China has territorial claims on.

Following the visit by prominent Tibetan religious leader the17th Gyalwang Karmapa Ogyen Trinley Dorje to the border town of Tawang in Arunachal Pradesh last week, China has hit out saying that the move is tantamount to India “complicating” border issues.

The Tawang region where the young Buddhist leader drew huge crowds is claimed by China as part of ‘southern Tibet’. Allowing a prominent refugee on a state invitation chaperoned by key political figures is seen by Beijing as impairing bilateral ties between the two countries.

On Monday, Chinese foreign ministry spokesman Lu Kang said, “We hope India can abide by relevant consensus and refrain from any action that might complicate the boundary question.”

“We should ensure peace and stability of border areas and sound and steady development of bilateral relations serves the common interests of the two sides,” Lu further added.

Union Minister of State for Home Affairs, Kiren Rijiju, speaks to the press as the Karmapa looks on/file

The Tibetan religious leader who escaped to India in 2000 is under the protection of the Central government which has earlier been selective of the young lama’s movement. However the Central Committee on Security chaired by PM Modi himself has reportedly given the go-ahead for the visit to the border town with many saying that the move was a signal deterring China’s claim to the area as well as an official recognition to the Dalai Lama endorsed Karmapa’s claim to the disputed seat at Rumtek, the exile seat of the previous Karmapa Rangjub Rigpe Dorje.

During the 4 day visit by the Karmapa, the state Chief Minister Pema Khandu and Union Minister Kirren Rijiju were seen accompanying him and endorsing the schedule publicly in their official capacities.

Moreover, CM Khandu said that the Karmapa and His Holiness the Dalai Lama are “honored guests” of India which makes their freedom of movement an Indian affair and that China should not intervene in India’s “internal matter”, Rijiju tweeted about the Tibetan lama’s visit to the border town.