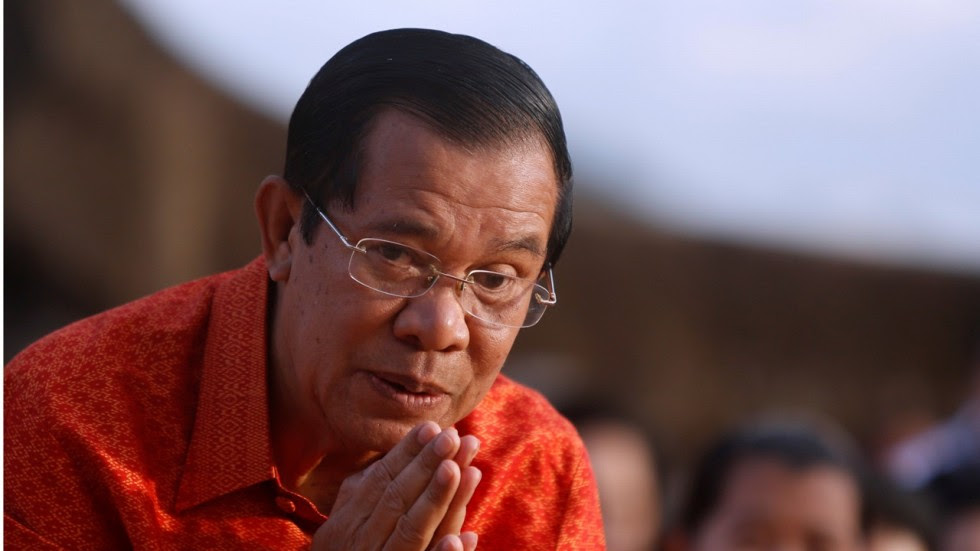 Many orange-clad monks joined Cambodian Premier Hun Sen for a prayer ceremony by the famed Angkor temple, lauding “political stability” after the main opposition party was dissolved, an act that has cemented the strongman’s grip on power.

Hun Sen has ruled Cambodia since 1985, making him one of the world’s longest-serving leaders, an accolade earned through a mix of cold political strategy, deft public relations and repression.
His rule appears virtually assured after a court early this month disbanded the main opposition party ahead of next year’s elections.
As dawn rose over the tiered stone domes of Angkor Wat, Hun Sen joined prayers with 5,000 Buddhist monks, in a ceremony touted as celebrating peace and stability at the symbolic heart of Khmer power.
Graceful apsara dancers, fingers curled in the traditional art, went through their moves as thousands gathered for the event at the vast Angkor complex – the centrepiece of the Khmer empire which draws back to the 9th century.
Hun Sen, who has cast himself as a figure of stability in a country ravaged by the genocidal Khmer Rouge regime, was front and centre of a morning of careful choreography. 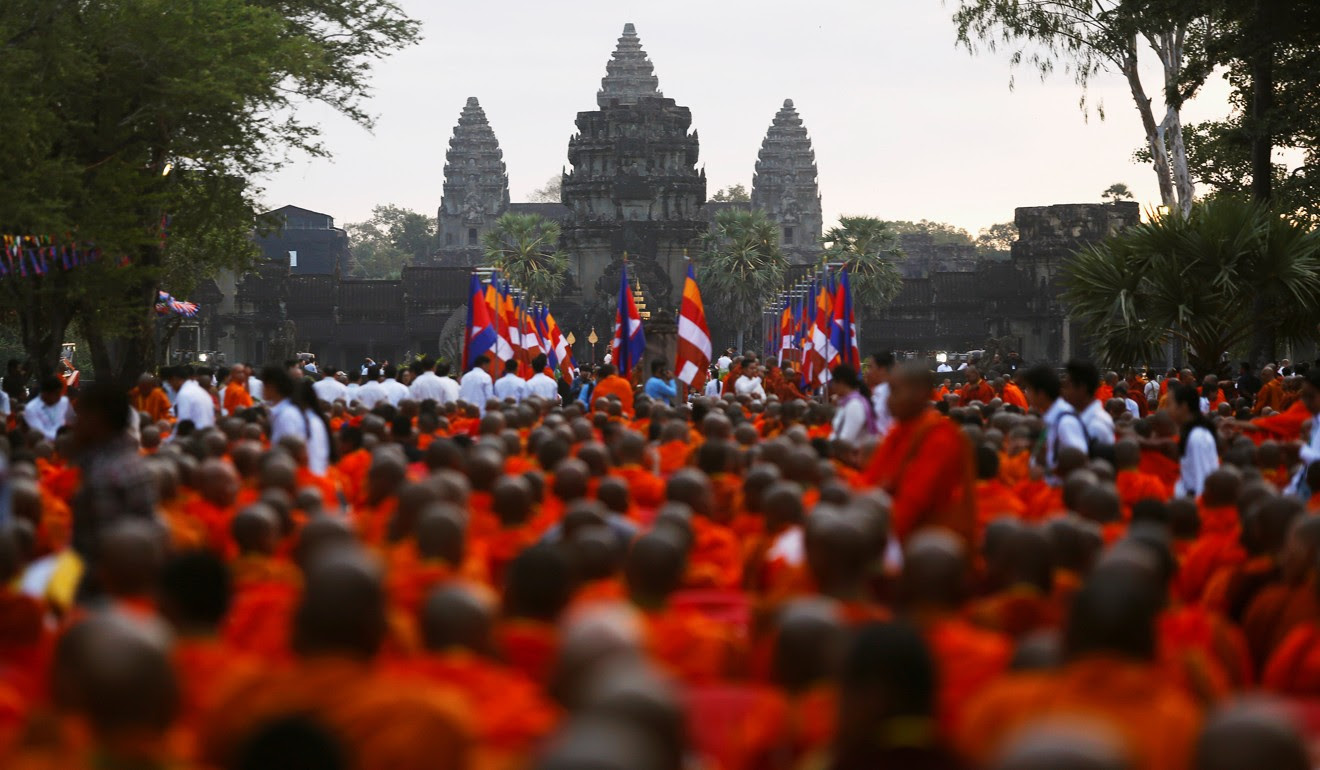 Kneeling, hands clasped in prayer, he received blessings from monks who sang Buddhist mantras and scattered flower petals.
“We live with peace under the prime minister’s rule,” Prum Seab, 49, who was among the crowd said. “I am happy.”
Tourism minister Thong Khon warmed to the theme.
“We hold this ceremony for continuous prosperity … we pray for continued peace and stability,” he said, swatting away the question of a political crisis in the country.
“We have no crisis, but there are politicians who are having a crisis themselves,” he said.
Analysts had predicted a strong challenge to Hun Sen at next year’s election, after the youth vote in 2013 took the opposition Cambodia National Rescue Party (CNRP) to its best electoral result.
But Hun Sen has rallied in the intervening years, boosting his public profile through Facebook, while systematically using the kingdom’s pliant courts to hack away at the CNRP as well as critics in civil society and the media.
Cambodia’s main opposition party was finally dissolved this month over accusations it conspired with the United States in a treason plot.
The case was blasted by Washington as baseless, while rights groups said it has hastened the country’s descent into a de facto one-party state.
Hun Sen has turned up the anti-American rhetoric to justify the unprecedented crackdown which has included shuttering critical media with trumped-up tax charges or arresting journalists on allegations of spying.
In step, he has deepened Cambodia’s embrace of regional heavyweight China, whose low-interest loans and infrastructure schemes are driving a boom in the one of Southeast Asia’s poorest countries.