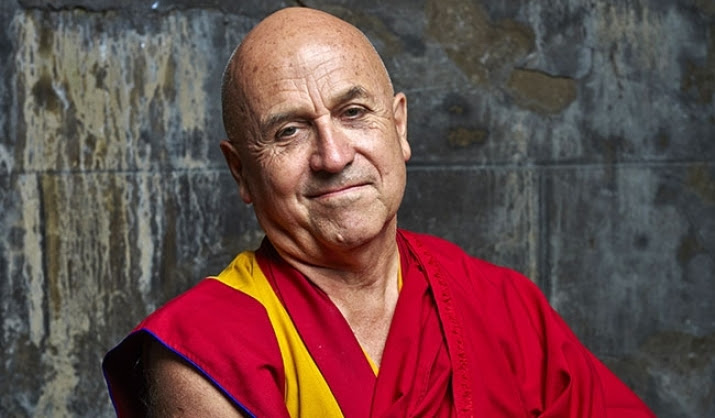 By  Shyamal Sinha
People become vegetarians for many reasons, including health, religious convictions, concerns about animal welfare or the use of antibiotics and hormones in livestock, or a desire to eat in a way that avoids excessive use of environmental resources. Some people follow a largely vegetarian diet because they can’t afford to eat meat.

Buddhist monk Matthieu Ricard has said that adopting a vegan diet is the key to long-lasting happiness. In a video posted by PETA UK, Ricard explained that animals also deserve to live freely and equitably from suffering and abuse. “I am extremely concerned by the fate of the 8 million other species who share this world with us, and who, like us, wish to avoid suffering and live out their lives,” said Ricard. (PETA UK)

His vegan advocacy represents an evolution from his previous stance, which favored vegetarianism. In a blog post dated 17 October 2016, Ricard wrote: “Today, 150 billion land animals and 1.5 trillion sea animals are killed for our consumption. We treat them like rats and vermin and cockroaches to be eliminated. This would be called genocide or dehumanization if they were human beings. We even go one step further with animals: we instrumentalize them. They become objects. They become the pig industry, sausage or meat factories. Ethically you cannot imagine progressing toward a more altruistic or more compassionate society while behaving like this.” (Matthieu Ricard)

According to PETA UK, the meat and fishing industries kill trillions of animals every year for their products, from flesh to dairy. The dairy industry forcibly impregnates cows and takes their offspring away so that the milk intended for calves can be consumed by humans. Ricard highlighted that a shocking amount of grain is fed to farm animals instead of to hungry humans.

“It just takes one second to decide to stop. The main reason not to eat meat and fish is to spare others’ lives. This is not an extreme perspective. This is a most reasonable and compassionate point of view,” Ricard wrote on his blog.  “Animals are my friends and I don’t eat my friends,” he noted about vegetarian and vegan eating on a video post on his Facebook page.

“We can find means to survive without causing suffering to others. In India for example, there are over 400 million vegetarian people who survive well. They are not sacrificing their health or reducing their life span. In fact, even from a selfish standpoint, it is better to be a vegetarian,” Ricard wrote on his blog. He highlighted that “many studies have shown that red meat increases the incidences of colon cancer and other illnesses.”

According to the American Dietetic Association, “appropriately planned vegetarian diets, including total vegetarian or vegan diets, are healthful, nutritionally adequate, and may provide health benefits in the prevention and treatment of certain diseases.”

Meanwhile, Ricard emphasized that this was a small effort in return for a transformational change in our attitude to animals, and could help the disadvantaged, the planet, and our own health significantly. “The heart of the Buddhist path is compassion. That means to value others. If you value others, you value their wellbeing and are concerned by their suffering,” he said.

The earliest records of vegetarianism come from the sixth century B.C.E., in India, Greece and the Greek civilization in Southern Italy, and it stemmed from a desire not to harm animals.