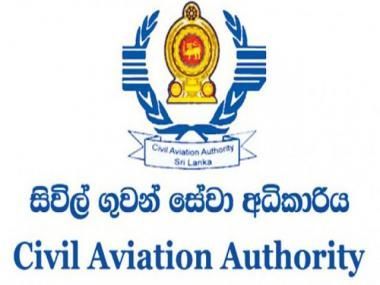 . Embracing Ramayan, the epic that binds the two nations, the Civil Aviation Authority of Lanka issued an advertisement inviting documents and literature for a research on ‘King Ravana and the ancient domination of aerial routes now lost’.

It is believed that Ravan travelled widely in his Pushpak Viman, and the aviation routes could tell us more about Lanka’s geopolitical reach and influence.

रामायणम्, Rāmāyaṇam  is one of the two major Sanskrit epics of ancient India, the other being the Mahābhārata. Along with the Mahābhārata, it forms the Hindu Itihasa.

The epic, traditionally ascribed to the Maharishi Valmiki, narrates the life of Rama, the legendary prince of the Kosala Kingdom. It follows his fourteen-year exile to the forest by his father King Dasharatha, on request of his step-mother Kaikeyi, his travels across forests in India with his wife Sita and brother Lakshmana, the kidnapping of his wife by Ravana, the great king of Lanka, resulting in a war with him, and Ram’s eventual return to Ayodhya to be crowned king. This is the culmination point of the epic. It is the most sacred book, and is read by millions of people every year.

Contrast this with India, where a masjid stood on Lord Ram’s birthplace for centuries and despite overwhelming evidence presented in court, ‘seculars’ stayed in denial. Any proposal to enhance the philosophical understanding of Ramayan, or studying Ram’s journey and alliances, or building tourism circuits based on the epic is mocked and met with disdain and protests.

While Sri Lanka unabashedly embraces its past, identity and legacy, Hindus in the homeland of their faith are repeatedly shamed and censored from honouring their defining epic because it would apparently be communal and upset minorities.

Indians are supposed to accept without compelling scientific proof the existence of Jesus or Mohammed, but a Ram or a Krishna cannot break the glass ceiling of mythology.

Even intellectual curiosity into Hindu epics is discouraged. In 2015, a paper presented on Ravan’s Pushpak Viman at the Indian Science Congress in Mumbai met with massive outrage. Five years later, a neighbouring government has proudly launched a full-scale study on the subject.

“During the 6th Century BCE, an Indian physician named Sushruta ” widely regarded in India as the ‘father of surgery’ ” wrote one of the world’s earliest works on medicine and surgery,” the paper said. “The Sushruta Samhita documented the etiology of more than 1,100 diseases, the use of hundreds of medicinal plants, and instructions for performing scores of surgical procedures, including three types of skin grafts and reconstruction of the nose.”

The sheer genius of the British colonial project to ruin homegrown Indian knowledge and education and replace it with one that produces clerical, self-loathing brown sahibs is evident even today. Jawaharlal Nehru continued with this colonial system, outsourcing the massacre of history to Left intellectuals.

While Sri Lanka reconstructs its past by studying its tradition and trade routes mentioned in ancient texts like Ramayan and Valahassa Jataka, India is still to fix its education system, distortions of history, and broken pride in its glorious roots.

While India is in denial on Ram, Lanka proudly flaunts the extraordinary antagonist, Ravan, about whom writer Amish Tripathi says: “He is different from your ordinary villain. Just because he is so scholarly. He is a brilliant musician, a brilliant poet, a good dancer, he is exceptionally well read, he is a very good administrator. Which makes him a deep, complex man, and fascinating to write about. Even Ravan’s violence was scholarly.”

The name Ramayana means “Rama” + “Aayana”, where as Rama is name of Lord or God and Aayana means Path or Way. The literal meaning of the name is “the journey of Rāma” or “the career of Rāma” or in other words path or way taken or chosen by Rama during the human life cycle form at earth, during Treta Yuga (869000 years ago) in Jambudweep(Java Plum)/Aryavart/India.

Sri Lanka, wisely and justifiably, is delving into its rich trade, maritime traditions, and now even aerial routes to construct a robust national mythology. Vinod Moonesinghe, in his piece, outlines the scope of that knowledge from the story of Yakkhinis of Jataka Tales who captured and married shipwrecked merchants to Sinbad the Sailor to Tamil Nadu and Odisha connections to ship links with China and Vietnam.

These strengthen the story of Ravan’s regional influence. India, with a much richer maritime history and way bigger geopolitical influence in the Indian Ocean, don’t even give space to the likes of Rajendra Chola.

Sri Lanka has done what India should have long ago. An expansive study of Lord Ram’s travels and alliances is long overdue. But before that, we need to shed our apologist attitude towards our own past and roots.

According to Hindu tradition, Rama is an incarnation (Avatar) of god Vishnu. The main purpose of this incarnation is to demonstrate the righteous path (dharma) for all living creatures on earth.