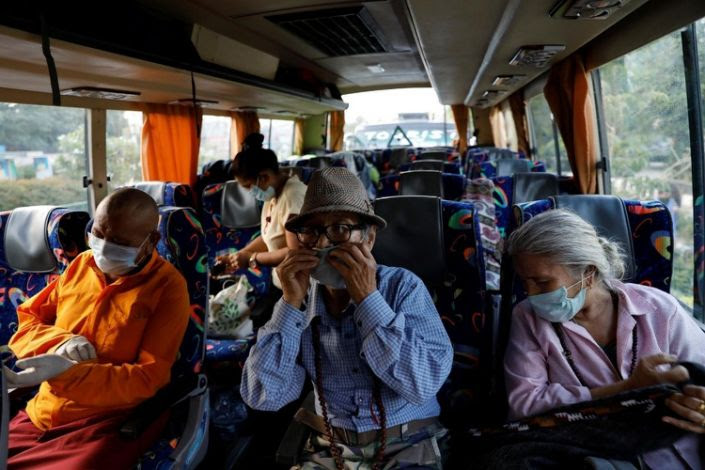 The first COVID-19 case in India was detected on January 30, the same day that WHO declared it a public health emergency of international concern. India went into lockdown almost two months later.

With 1,327 cases and six fatalities in four months, the trajectory of COVID-19 in the cold desert region of Ladakh validates the view that people living at altitudes of 3,000 metres and above are less likely to get infected compared to those in lowland areas, say experts here.

The recovery rate of the disease in the union territory is 82 per cent, substantially higher than the national average of 64.24 per cent. While 1,067 have recovered, there are 254 active cases, according to the Directorate of Health Services on Tuesday. All are under medical supervision in hospitals, corona care centres or in home isolation and none are on ventilator.

“The good news and the most surprising finding was the timely recovery of all infected patients despite the fact that majority of the patients belong to an area where environmental silicosis is prevalent which impairs lung defence mechanism,” said Tsering Norboo, retired physician and MD of the Ladakh Institute of Prevention. This, he said, led researchers to look at the epidemiology of COVID-19 in other high altitude regions such as Lhasa in Tibet and Wuhan in China.

A recent study, “Does the pathogenesis of SAR-CoV-2 virus decrease at high-altitude?’, by researchers at the University Institute of Cardiology and Respirology of Quebec, Canada, backed the finding. “The finding of COVID-19 pandemic appears to indicate a decrease of prevalence and impact of SARS-Cov -2 infection in populations living at high altitude over 3000m. The result possibly could relate to both physiological and environmental factors,” it said.

High altitude environment, it added, is characterised by dry climate, drastic change in temperature between day and night, and high ultraviolet radiation at heights may act as a sanitiser. UV rays are capable of producing alterations in the molecular bonds of the DNA and RNA (the genetic material of the viruses). “All together, these factors may dramatically reduce ‘survival’ capacity of the virus at high altitude and its virulence. Furthermore, due to lower density of the air and the greater distance between molecules at high altitude, the size of the airborne virus inoculum must be smaller than at sea level,” the study said.

Norboo added that the findings vindicated the belief that studies of high altitude natives, its environment and high altitude adaptation process can give clues to understanding the disease and therefore its treatment. “The recovery rate in Ladakh is very good. The patients we receive have mild symptoms and are not serious ones. Also, we do not have any patient who is on a ventilator,” said Tashi Thinlas, consultant physician at Leh’s SNM Hospital.

Of the recovery rate of 82 per cent, Leh district counts for 64 per cent and Kargil district 94 per cent. Of the six deaths, three have taken place in Kargil and three in Leh. The total number of samples tested till July 28 is 17,976. Since January 31, 73,016 people were screened at airport, intra district and inter district check points.

According to Phuntsog Angchuk, director, Health, Ladakh, the first confirmed positive case of COVID-19 in was reported on February 28 in Chushot Gongma village. It was also the first containment zone in the country. “In the initial stages, the patients were all pilgrims returning from Iran. Up to mid- May, only 45 positive cases were reported out of the total sampling of about 3,700. The surge occurred due to the heavy influx of local residents, students and labourers from different parts of the country,” he said.

Though the incidence of the disease is less compared to many other states and union territories in the country – India’s virus tally has mounted to 14,83,156 with 33,425 deaths — there are challenges aplenty. Thinlas said there is a shortage of manpower and quarantine facilities in his hospital.

“We never thought that this virus will hit Ladakh but it came so quickly. There are many administrative lapses,” he said. There is one testing lab in Chushot Gongma. A second one in DIHAR, Leh, is yet to start functioning fully.

“At present, the DIHAR laboratory is not fully functional. Analysis and trials are going on. It’s almost set up and will be functional within a week,” said Sonam Angmo, in-charge of the Chushot lab. Ladakh has also been sending samples to NCDC, Delhi, and PGI Chandigarh to ease the load.

Discussing the challenges ahead, she said winters will be tough. Laboratories need heating facilities as temperatures drop down to below freezing point and machines are very sensitive. According to Norboo, this is the most opportune time for Ladakh to establish a state of the art Molecular Biology Laboratory with the support of the Indian Council of Medical Research and links with institutes such as Pune’s National Institute of Virology and Delhi’s Institute of Genomics and Integrative Biology.

In the longer term, what is required are investments in health infrastructure, ensuring continuity of regular health services, and improving health emergency preparedness. India will have to cautiously adjust spending, attract industrial investments to spur growth, and address rising unemployment. But over the next year, India can expect to remain in crisis mode