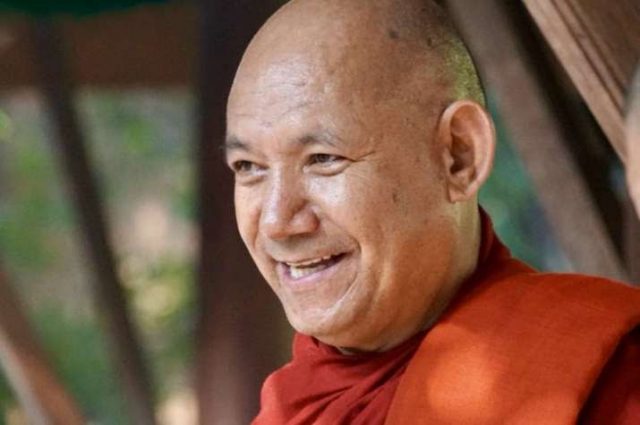 The famend religious chief and socially engaged Buddhist monk Venerable Bhikkhu Sanghasena has acquired the Seventh Dr. A. P. J. Abdul Kalam World Peace Award 2021 in recognition of his lifelong efforts to advertise peace and to foster the values of integrity, compassionate care, and social duty. The honour was conferred throughout the eleventh Worldwide Peace Convention in Ladakh on Tuesday, held in observance of the United Nations Worldwide Day of Peace.

Ven. Bhikkhu Sanghasena is the spiritual director of the non-profit Mahabodhi International Meditation Center (MIMC) in Ladakh, northern India, the founder of the Mahakaruna Foundation, the Save the Himalayas Foundation, and spiritual advisor to the International Network of Engaged Buddhists (INEB).*

In a statement for the occasion shared with Buddhistdoor Global, Dr. Anthony Raju, chairman of the awarding organization, noted: “After perusing your credentials, most objectively and impartially, it remains our considered opinion that you have worked tirelessly and selflessly to put the Buddha’s teachings on loving-kindness and compassion into action through multifarious charitable humanitarian services and ancient Buddhist traditions. You have believed in peacefulness, humility, and innocence as the natural way of life, and your worthy example does inspire others especially the young generation toward certain remarkable achievements.

“Therefore, the National Governing Council, Board of Patrons & Board of Ambassadors has decided to honor you with our most coveted institutional and prestigious ‘Seventh Dr. A. P. J. Abdul Kalam World Peace Award 2021’ for your outstanding contributions to peace, harmony, protecting and promoting human rights, and services to humanity.” Named after Dr. Avul Pakir Jainulabdeen Abdul Kalam (1931–2015), an aerospace scientist and 11th president of India from 2002–07, the award is presented by the All-India Council of Human Rights, Liberties and Social Justice (AICHLS).

The 11th International Peace Conference was held at Central Institute of Buddhist Studies in Leh, the joint capital and largest city of the union territory of Ladakh, on 21 September. The conference was jointly organized by the AICHLS and the MIMC, in collaboration with the Ladakh Buddhist Association, the All Ladakh Gompa Association, Anjuman Imamia, Anjuman Moin-ul-Islam, Christian Community, Hindu Mahasabha and Gurudwara Prabandhak Committee.

Dignitaries and guest speakers at the conference expressed agreement with the urgent need to work toward peace and harmony at the global level, and stressed the importance of overcoming narrow and rigid ideologies that lead to communal discord. They urged the development of a new vision for the world as a single interconnected family in which all religions and communities are respected equally.

Perched high on the Tibetan Plateau, Ladakh, which translates as the Land of High Passes, became the largest union territory in India in 2019 after the government reconstituted the former state of Jammu and Kashmir. Spread across some 59,146 mountainous square kilometers, much of which is desiccated and inhospitable, the culture and history of Ladakh is closely interwoven with that of Tibet—so much so that Ladakh is sometimes known as “Little Tibet.”

Ven. Bhikkhu Sanghasena founded the Mahabodhi International Meditation Center (MIMC) in Leh in 1986. He has since become an exemplar of socially engaged Buddhism, launching numerous projects, events, and initiatives, among them providing educational opportunities and refuge for underprivileged children, empowerment and literacy programs for women and other socially disadvantaged groups, healthcare for the sick and needy, and a care home for the aged and destitute. The MIMC has evolved into an expanding campus that has become a hub for a multitude of socio-cultural and community programs.