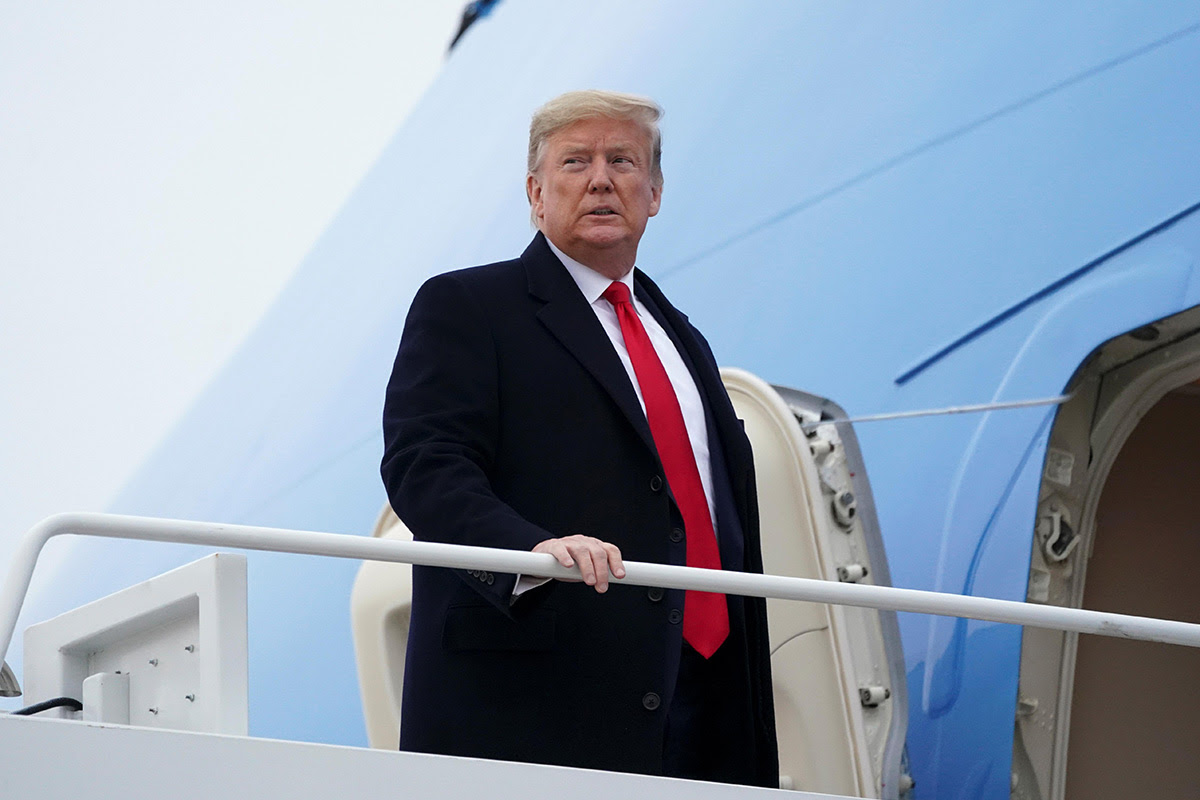 US President Donald Trump and first lady Melania Trump depart Joint Base Andrews in Maryland, US, on 13 January 2020.Reuters/Kevin Lamarque

US President Donald Trump is considering visiting India next month, for what would be his first visit to the world’s largest democracy since he took office three years ago, sources with knowledge of the matter said on Tuesday.

Prime Minister Narendra Modi, seeking to build close ties with Washington, had previously invited Trump to attend India’s annual Republic Day parade later this month, but the US officials said it would clash with the president’s State of the Union address.

“There has been an open invitation for him to visit, both sides are working out the dates,” one of the sources said.

Another source said Trump could come in the second half of February and that he may visit a second city besides the national capital Delhi.

The Indian foreign ministry did not have an immediate comment on the proposed visit.

India and the United States have built close political and security ties, but in recent years trade frictions have come to the fore. Trump has frequently named India as one of the countries with the highest tariffs in the world and withdrawn a key trade concession for that reason.

The two sides have been trying to work out a new and limited trade pact on lowering tariffs, but these negotiations have run into problems over broader issues of data privacy and controls over e-commerce.