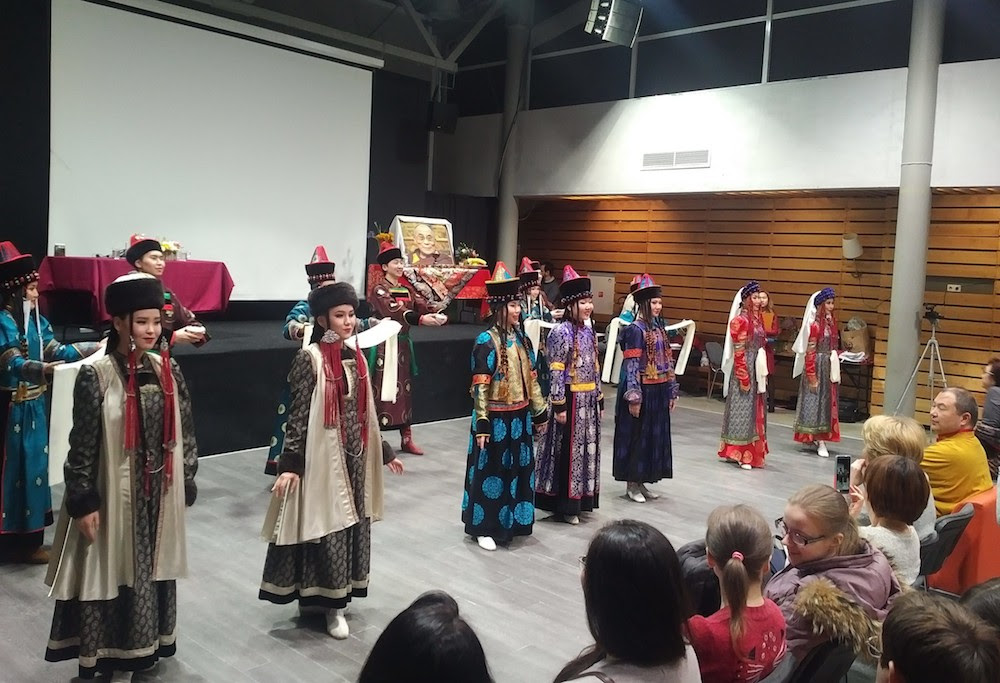 MOSCOW: 16 February marked the Losar for the Tibetans as New year according to the lunar calendar. It also marked new year for the Mongolians, Buryats, Tuvans, and Kalmyks as well.  The Mongols and Kalmyks call Losar ‘Tsagan Saar’, the Buryats call it ‘Sagaalgan’ and the Tuvan call it ‘Chaaga’.  It marks the first day of the Lunar calendar according to the Buddhist tradition.

On 17 February, Honorary representative Telo Tulku Rinpoche gave a Buddhist discourse to a crowd of over 400 people at “Open world” auditorium in Moscow. The discourse was well attended by many different nationalities such as Buryats, Kalmyks, Tuvans as well as many Russians that share the same culture and religion as Tibet.

The topic of the talk was ‘The Buddhist Fundamentals you need to know’. During the opening remarks, Honorary representative Telo Tulku Rinpoche said “I would like to take this opportunity to Convey a hearty Happy Losar, Tsagan Saar, Sagaalgan and Chagaa to those who share the same Lunar Calendar as well as the same religion and culture of Tibet. 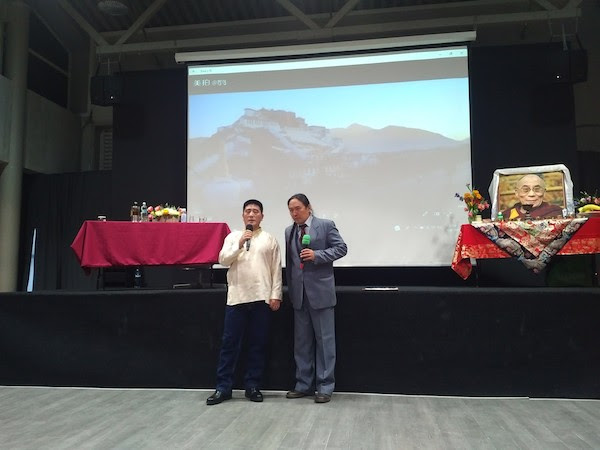 “Today is a new year and a new beginning, despite the hardship we face in today’s world, time moves forwards and we must be optimistic and never give up hope,” he said. With that the discourse on Buddhism began; it was later followed by a Q&A session.

Afterwards, a short prayer was recited. “Let us join in prayer for the long life of His Holiness the Dalai Lama and for those who are suppressed and denied their rights of freedom and basic human rights. Let us include all sentient beings in our prayers for world peace and celebrate the new year with hope and optimism” said Honorary Representative Telo Tulku Rinpoche.

The incoming new president of the Moscow Tibetan Community Mr Dawa Tsering gave a note of thanks to the organisers and sang a Tibetan song which was followed by a culture performance by each Buddhist republic and a Moscow based musician.

The evening concluded with tea and ‘Kapse’ of each culture and banquet was served to close friends of the Tibet Culture & Information center which is the Russian based Office of Tibet.

-Filed by Office of Tibet, Moscow-