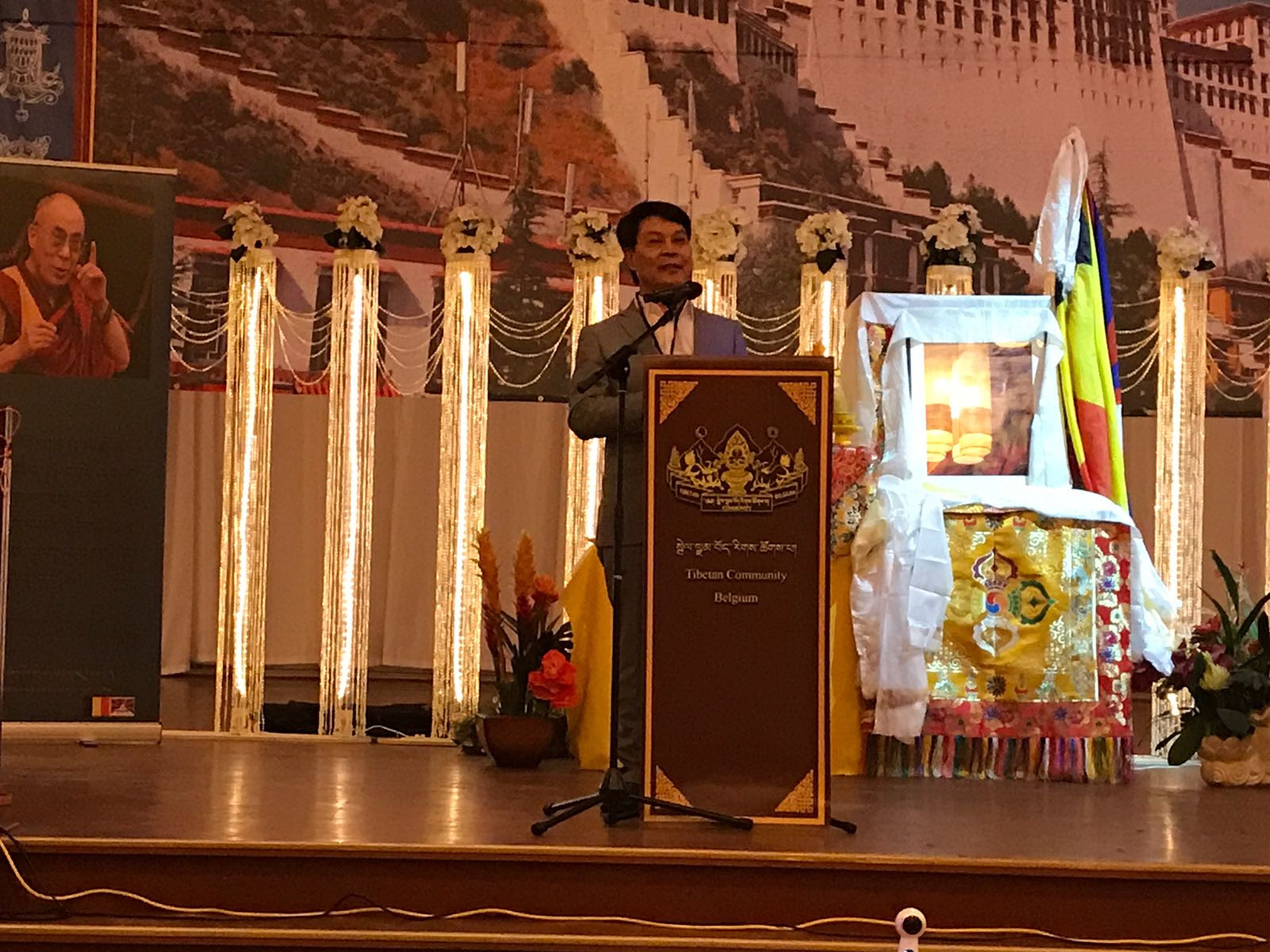 BRUSSELS, Belgium: Tibetans in Belgium ushered in the Tibetan New Year, Losar, with day-night-long celebrations in Antwerp yesterday. Known as the diamond capital of the world, Antwerp, hosts most of the Tibetan events being centrally located on account of the scattered nature of Tibetan community in this Low Country.

Organised by the Tibetan Community, the festivities began early on with various items to cater to the joyful public, including tambola for the the adults and indoor activities for children. The main ceremony of installing His Holiness’s portrait on the throne and formal speeches took place in the evening. The stage was decked in traditional setting, apparently much hard work and care had gone into it.

Representative of His Holiness the Dalai Lama to the EU and Western Europe, Mr Tashi Phuntsok was the chief guest. He was joined by representatives of associations and foreign friends. Once the guests were seated Mr Karma seeing, President of the Tibetan community did some straight talking, calling upon the gathering to join in its work actively, more importantly in its effort to collaborate strongly in the forthcoming mass rally in Geneva in March. He too made necessary announcement about the visit of Finance Kalon Karma Yeshi to the country in March.

Representative Phuntsok wished the gathering a joyful and blissful new year. He also called upon the public to look back into the year gone by and vow that the wrong, the misdeeds, the unfortunate of the past are avoided in the new year. He recalled his oft repeated appeal to the Tibetans in the West to glean the best of the developed world, including giving and inspiring excellent education for the young.

He added that the Tibetan in the West have an additional and special responsibility to living up to advanced thinking in the unique opportunity afforded to them in the Tibetan Charter to elect their parliamentarians on the basis of local constituency, unlike in India, Nepal and and Bhutan. He ended his brief speech by praying for a very long life for His Holiness the Dalai Lama.

Giving awards and citations, followed – to the educational committee members and outgoing head and other members of the community school staff for their dedicated service. Dance and songs by children of the school regaled the audience, the parents eagerly falling upon each other to take pictures of the their sons and daughters in traditional dress and performing in front of them.

The formal function ended with a sumptuous dinner laid on two long tables on each side of the hall. Kelsang la and his gang of volunteers received much deserved applause and recognition for their untiring service for being the Chef and assistants in every Tibetan community event’s food and beverage section. No less can be said about the board members of the Community who work so hard to bring together the community and facilitate such events – year in and year out.

-Filed by Office of Tibet, Brussels-