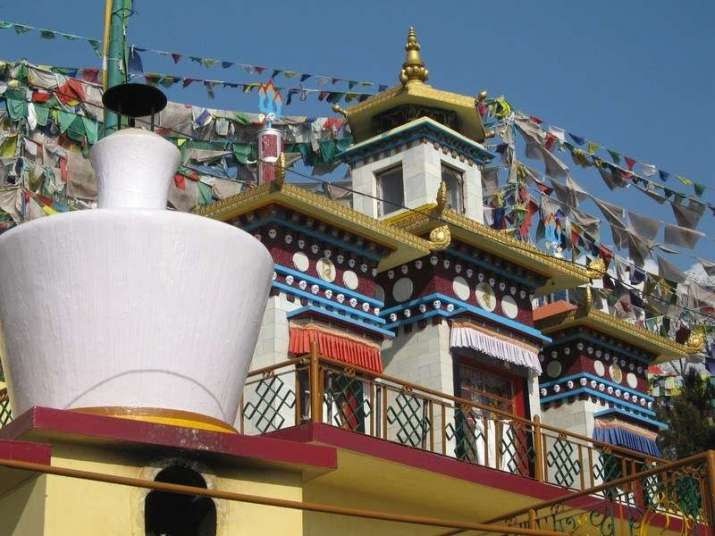 From pinterest.com
Tsuglhakhang temple, which is situated in Dharamshala’s McLeod Ganj area, is popular among tourists and Buddhists across the world.
Mcleodganj is a hill station near Dharamshala, popular among trekkers. Its culture is a beautiful blend of Tibetan with some British influence.

The Office of His Holiness the Dalai Lama has announced that the main Tibetan Buddhist temple in Dharamsala, Tsuglhakhang, the official residence of His Holiness in northern India, will be closed to the public from tomorrow in view of the COVID-19 coronavirus outbreak.

In a letter dated 17 March that was shared with Buddhistdoor Global, the Office of His Holiness the Dalai Lama stated that the temple complex in the suburb of Mcleod Ganj would be closed with effect from 18 March until 15 April, and subject to a further review of the circumstances.

The news follows an announcement at the end of January, when a representative of the office of the Dalai Lama observed that public audiences with His Holiness were to be suspended until further notice as a precaution in light of the rapidly spreading coronavirus contagion.*

At the time of writing, global novel coronavirus infections were reported to total 183,356, with 7,166 deaths so far confirmed. While the outbreak first emerged in China, as of Monday, the majority of coronavirus infections and fatalities have now occurred outside of mainland China, which has reported a death toll of 3,230 people, and a total of 81,058 infections, according to official data from the Chinese health authorities. COVID-19 is believed to have first spread from an illegal wildlife market in the Chinese city of Wuhan, in central Hubei Province. The World Health Organization has estimated the mortality rate from the virus at 3.4 per cent, with the elderly and people with underlying health conditions considered most at risk.

India has so far reported 129 confirmed cases of COVID-19 and three deaths.