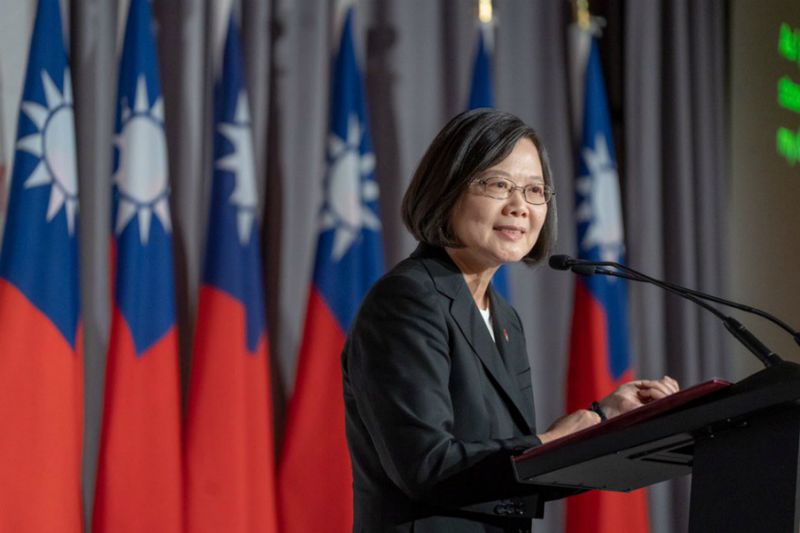 China will not change its position that Taiwan belongs to it, Beijing said on Sunday, after President Tsai Ing-wen won re-election and said she would not submit to China’s threats, as state media warned she was courting disaster. The election campaign was dominated by China’s efforts to get the democratic island to accept Beijing’s rule under a “one country, two systems” model, as well as by anti-government protests in Chinese-ruled Hong Kong.

“No matter what changes there are to the internal situation in Taiwan, the basic fact that there is only one China in the world and Taiwan is part of China will not change,” China’s Foreign Ministry said in a statement.

While China says Taiwan is its territory, Taiwan maintains it is an independent country called the Republic of China, its formal name.

Tsai, who has firmly rejected China’s “one country, two systems” model, won another four-year term by a landslide on Saturday, and her Democratic Progressive Party (DPP) secured a majority in parliament. “Taiwan’s people once again use the vote in their hands to show the world the value of democracy,” Tsai said on Sunday when meeting the head of the United States’ de facto embassy in Taipei, Brent Christensen.

“Democracy and freedom are indeed Taiwan’s most valuable asset and the foundation of the long-term Taiwan-U.S. partnership,” Tsai said, vowing to deepen cooperation with the United States on issues from defence to economy.

On Saturday, Tsai called for talks to resume with China, but said she hoped Beijing understood Taiwan and its people would not submit to intimidation. However, China will not change its stance on the “one China” principle and opposing Taiwan independence, the Chinese foreign ministry said. “The universal consensus of the international community adhering to the ‘one China’ principle will not change either.”

China hoped the world would support the “just cause” of Chinese people to oppose secessionist activities and “realise national reunification”, it added.

Taiwan’s Mainland Affairs Council said China should respect the election result and stop putting pressure on the island. “Our government will firmly defend the sovereignty of the Republic of China and Taiwan’s democracy and freedom,” it said.

Eight million votes is an extraordinary tally for a Taiwanese President seeking a second term.

The record-breaking win has delivered a landslide mandate to Ms Tsai, and a major snub to Beijing.

It was the emergence of Taiwan’s relationship with China as the central issue in this campaign that allowed her to revive her flagging fortunes.

And in her victory there is a certain political irony.

Beijing’s rigid, authoritarian vision of a Greater China, united on its terms, has been wholeheartedly rejected in the one place actually given the opportunity to vote on the concept.

And had the Communist Party not turned up the pressure on Taiwan, had its approach to the crisis in Hong Kong been subtler, the path to victory for a candidate it wanted so much to thwart may have been much less certain.

Ahead of the vote, Ms Tsai was leading in the polls as voters watched the way in which Beijing handled pro-democracy protests in Hong Kong.

Her stance was popular with those who fear Taiwan being overtaken by mainland China. In the final count she secured 1.3m more votes than in her 2016 victory.

President Tsai insists Taiwan’s future should be decided by its 23 million people.

Voters were also choosing the next members of the Taiwanese legislature, where Ms Tsai’s Democratic Progressive Party (DPP) has had a majority.