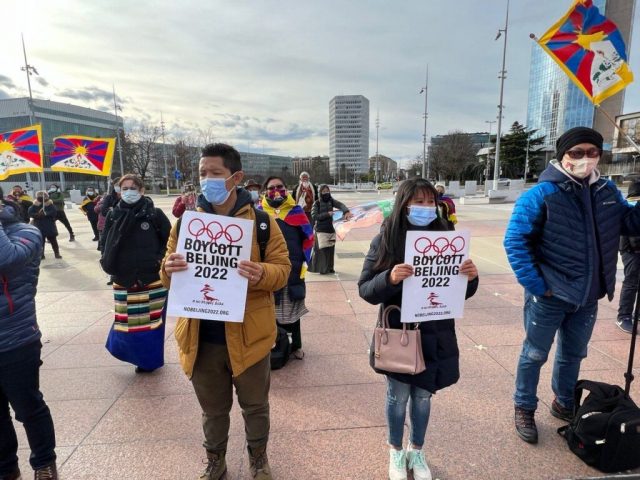 Geneva: Tibetan Communities of Switzerland & Liechtenstein, and Germany called for a diplomatic boycott of Beijing Winter Olympics 2022, urging their governments not to send any officials and diplomats to the games.

In pursuance to the unanimous resolution passed in the second general meeting of Tibetan communities held in Paris, France, from 18 to 19 December 2021, on the Global Day of Action, 04 January 2022, members of the Tibetan community of Switzerland & Liechtenstein gathered in front of the UN Human Rights Council in protest against the winter Olympic games in Beijing and shouted slogans calling for “Save Tibet-Boycott 2022, Stop Genocide in Tibet-Boycott Beijing 2022”. Similarly, in Germany, members of Tibetan Association in Germany and Tibet Initiative Deutschland, joined by Uyghurs, Hong Kongers and overseas Chinese dissidents marched from Brandenburger to the German Foreign Ministry Office in Berlin in protest against Beijing Olympic games and called for the diplomatic boycott of Olympic games in Beijing, scheduled to begin next month.

While addressing the demonstration in Geneva, member of the Tibetan Parliament in Exile from Europe Ven Thubten Wangchen expressed serious concern over China’s continued disregard of International human rights obligations and said “Beijing does not deserve to host the Olympic games”. Ven Wangchen called for democratic countries to stand on the right side of history by boycotting the Beijing Olympic Games.

Highlighting the deteriorating situation in Tibet, UN Advocacy Officer of the Tibet Bureau Geneva Kalden Tsomo addressed the gathering and urged democratic leaders and all stakeholders involved to closely monitor and assess the situation in Tibet and regions under China’s control and heed the voices of victims of human rights abuses by China. She urged democratic countries to place human rights and democratic world order to “do business that do not violate human rights and do engage with China-politically, economically and diplomatically-in a way that uphold truth, trust and transparency”.

Tibetan Documentary “Leaving Fear Behind” film maker and former political prisoner Dhundup Wangchen also addressed the gathering. In the face of ever growing repression in Tibet and China’s push to destroy Tibetan people and eliminate its culture and identity, Dhondup Wangchen reiterated his pledge to speak for the voices of Tibetans in Tibet and urged Tibetans in exile to be at the forefront in giving spotlight on the suffering of Tibetans in Tibet under the Chinese Communist Party. Dhondup Wangchen is currently touring European countries to call for the International Community to boycott the 2022 Winter Olympics games to be held in China.

Similar protests were also by other Tibetan communities in Europe. 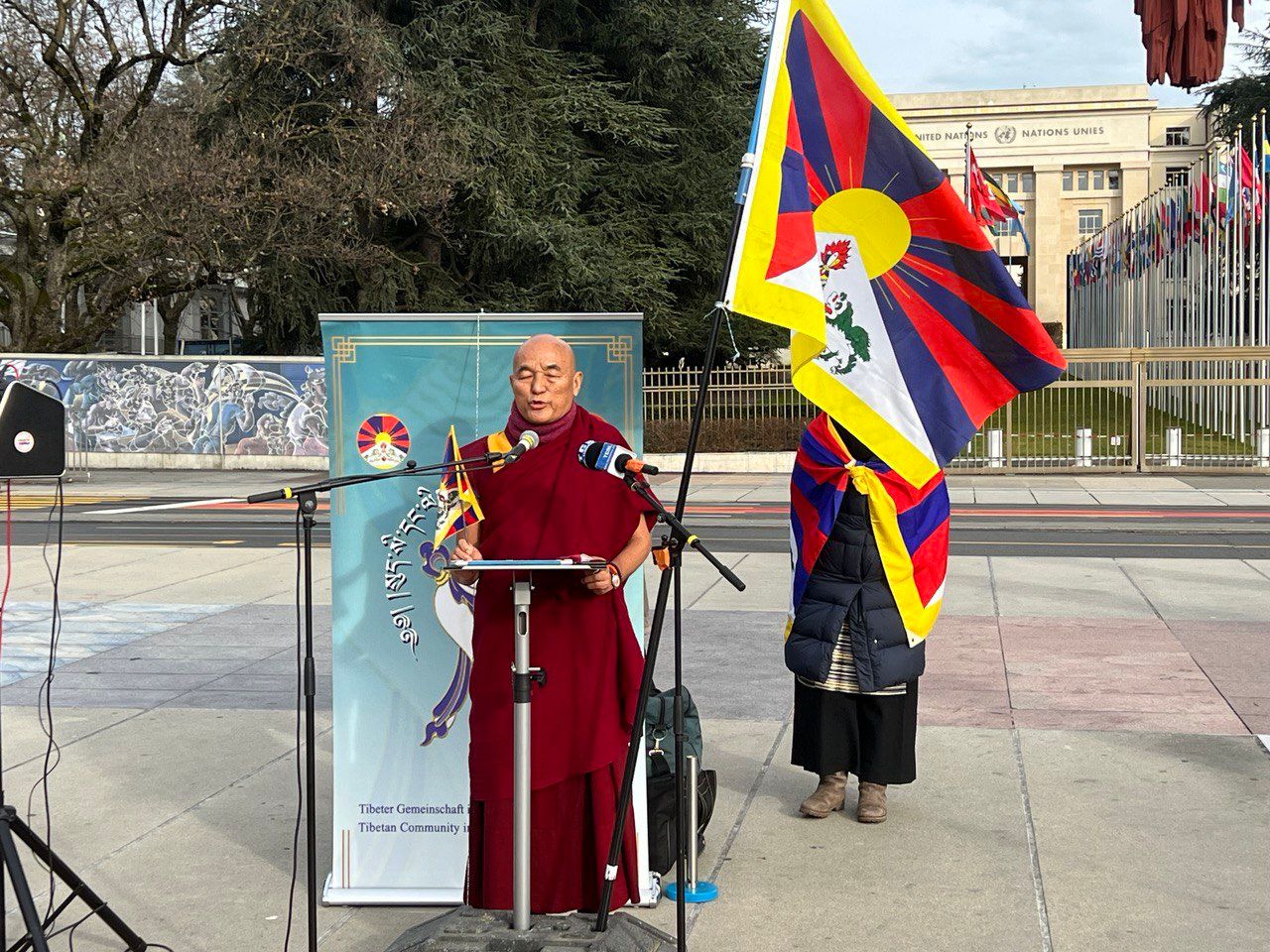 Europe member of the Tibetan Parliament in Exile Ven Thubten Wangchen called for democratic countries to boycott the Beijing Olympic Games while addressing the demonstration in Geneva 04 Jan 2022. 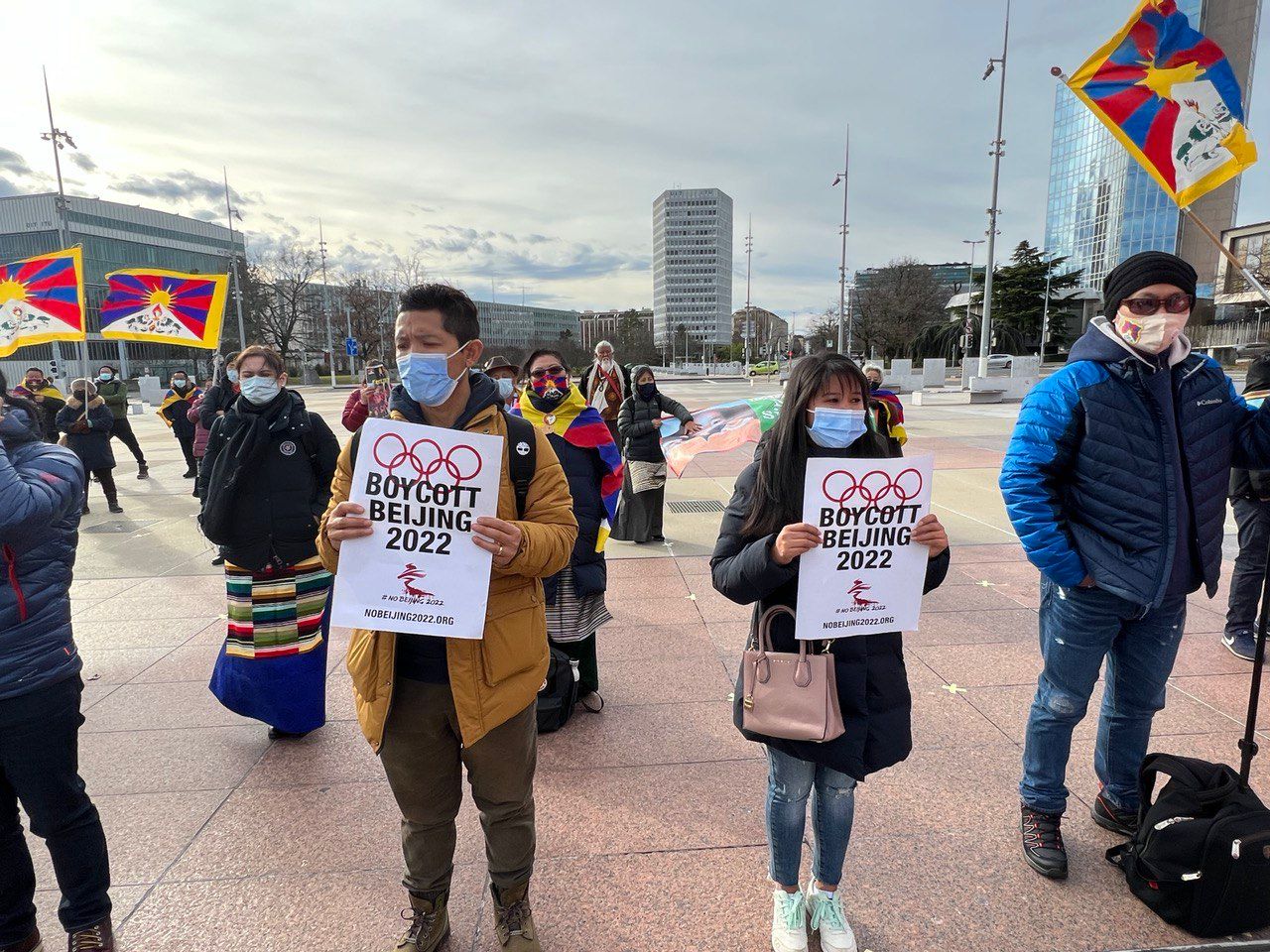 members of the Tibetan community of Switzerland & Liechtenstein gathered in front of the UN Human Rights Council in protest against the winter Olympic games in Beijing. 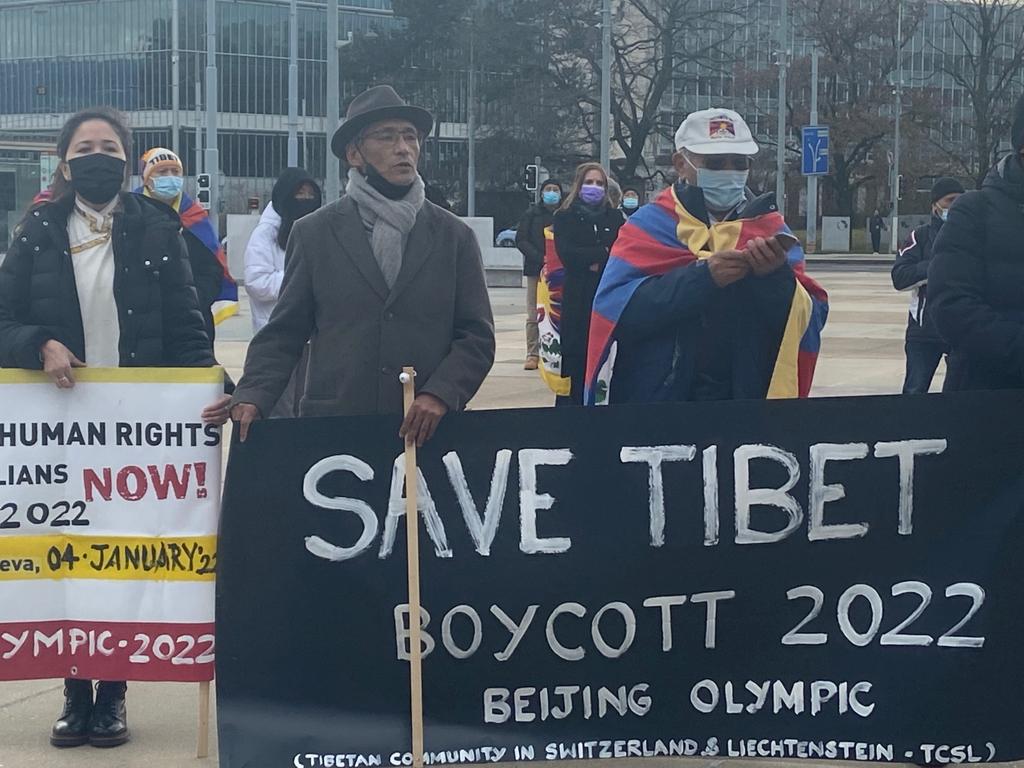 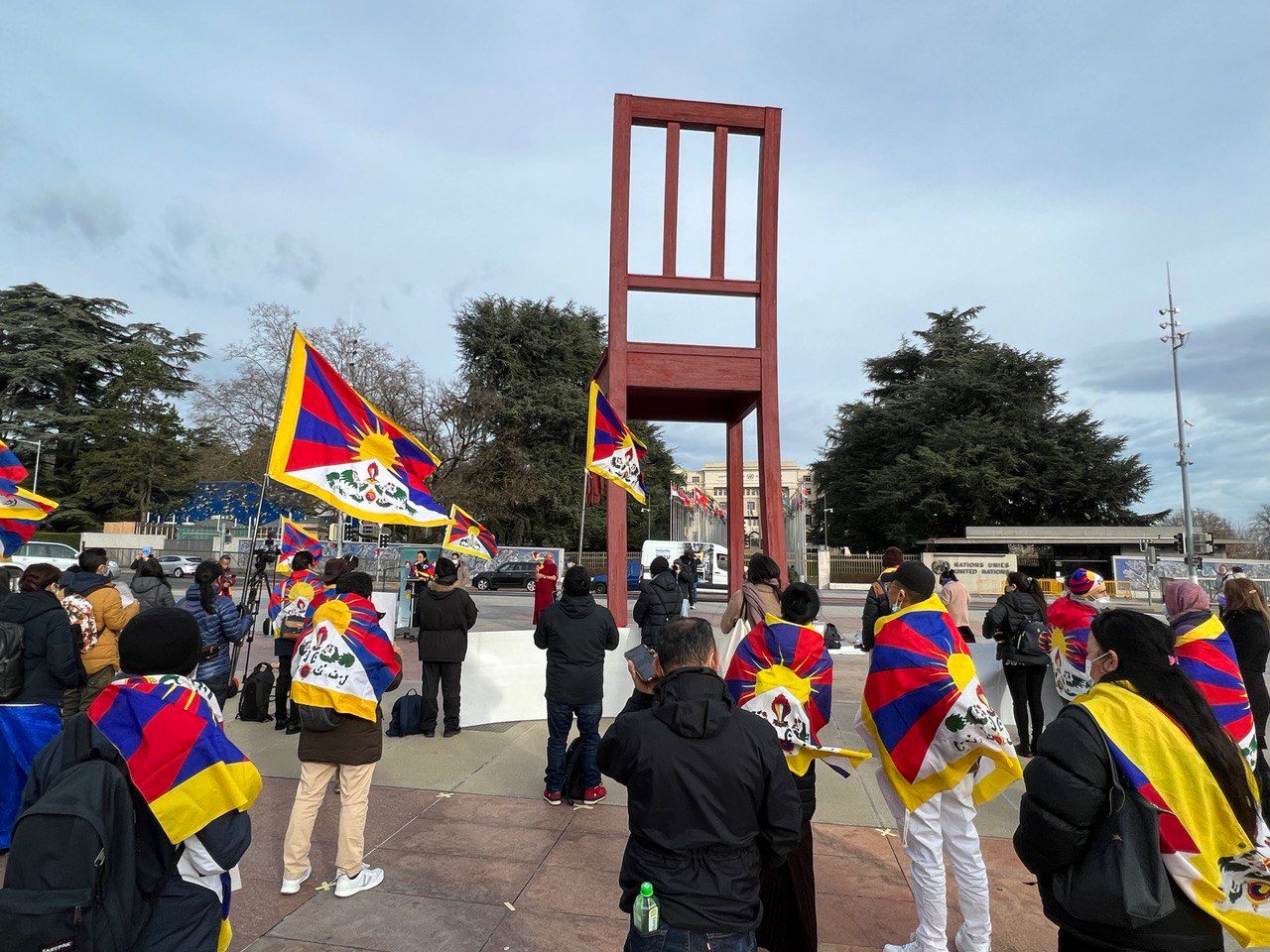 Tibetans in Switzerland holding a protest. 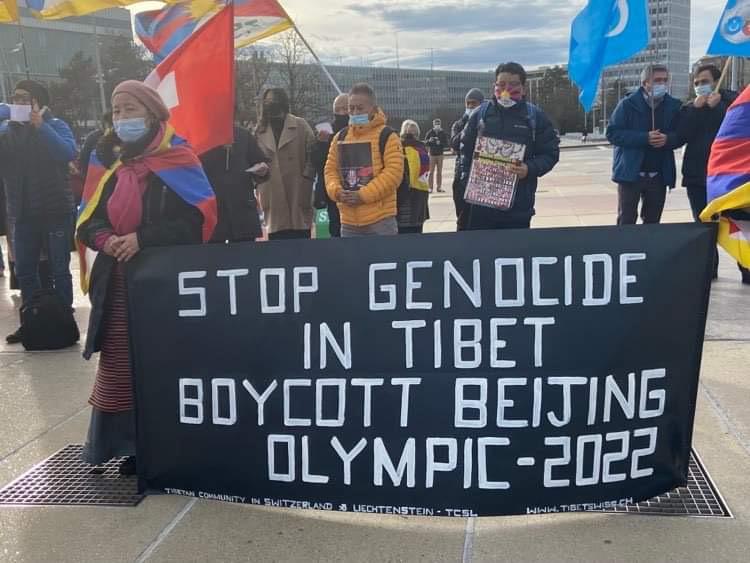 Tibetans called for diplomatic boycott of Beijing Olympic games on the global day of action 04 Jan 2022.