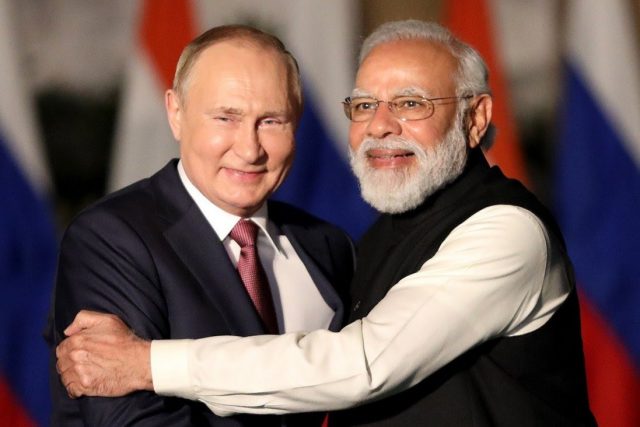 Russian President Vladimir Putin lauded India as “a great power” on Monday as he arrived in New Delhi to bolster military and energy ties with a traditional ally being courted by Washington.

It is only the Russian leader’s second trip abroad since the coronavirus pandemic began – he skipped both the G20 and COP26 summits this year – after a June summit with US President Joe Biden in Geneva.

“We perceive India as a great power, a friendly nation and a time-tested friend,” Putin said in the Indian capital alongside Prime Minister Narendra Modi. 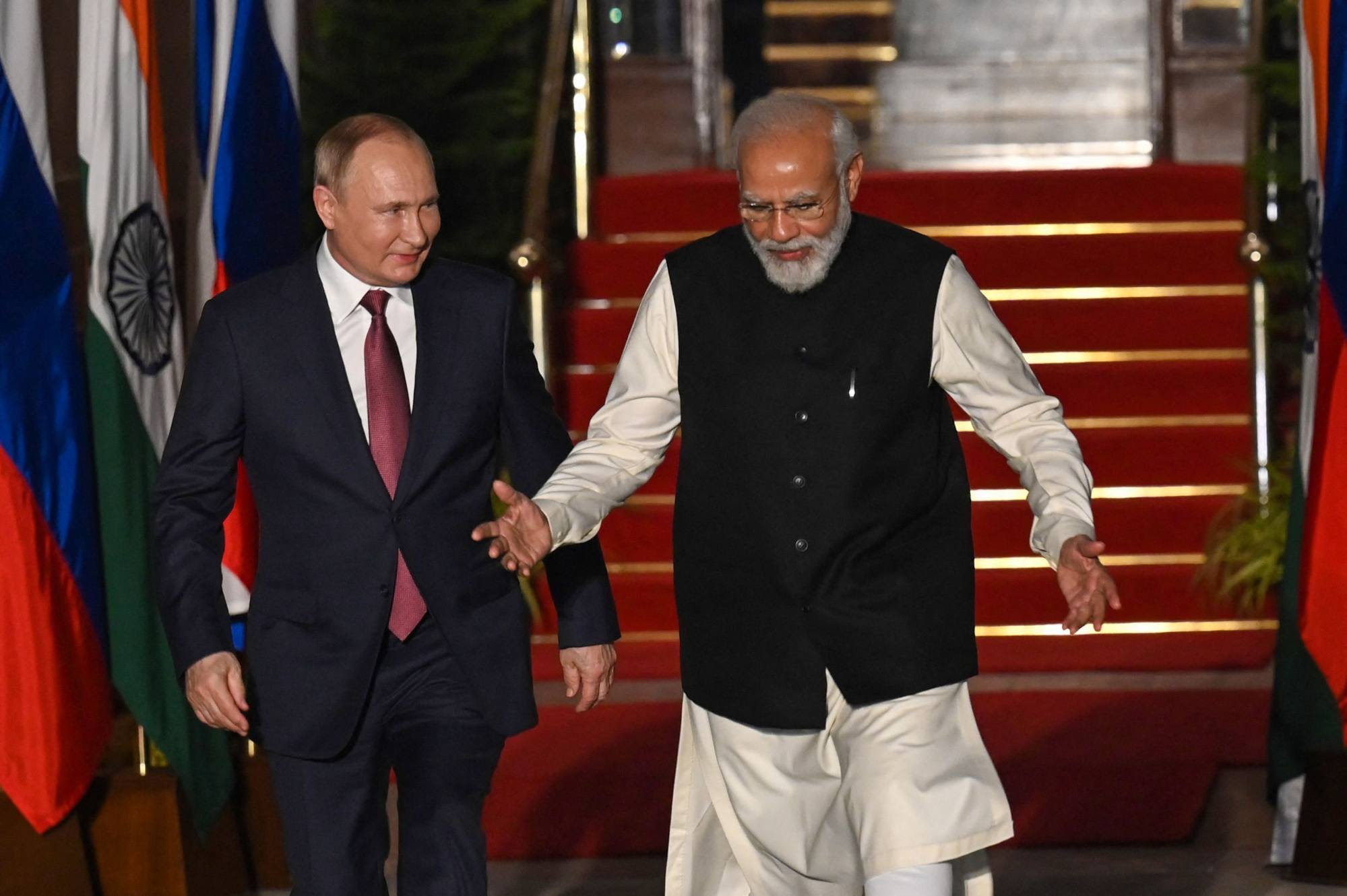 Modi greets Putin before their meeting at Hyderabad House in New Delhi on Monday. Photo: AFP

In its efforts to address a rising China, Washington has set up the Quadliteral Security Dialogue with India, Japan and Australia, raising concerns in both Beijing and Moscow.

India was close to the Soviet Union during the Cold War, a relationship that has endured, with both calling it a “special privileged strategic partnership”.

“There has been a lot of speculation about the nature of the India-Russia relationship and whether it is fraying because of Russia’s closeness with China and India’s with the US, but this visit puts all that to rest.”

Nonetheless Putin has to contend with complex regional dynamics, with tensions mounting between New Delhi and Beijing, traditionally an ally of Moscow, following deadly clashes in a disputed Himalayan region.

“Russia’s influence in the region is very limited,” said Tatiana Belousova of OP Jindal Global University in Haryana, “mostly because of its close ties with China and unwillingness to act in dissonance with the Chinese regional interests.” 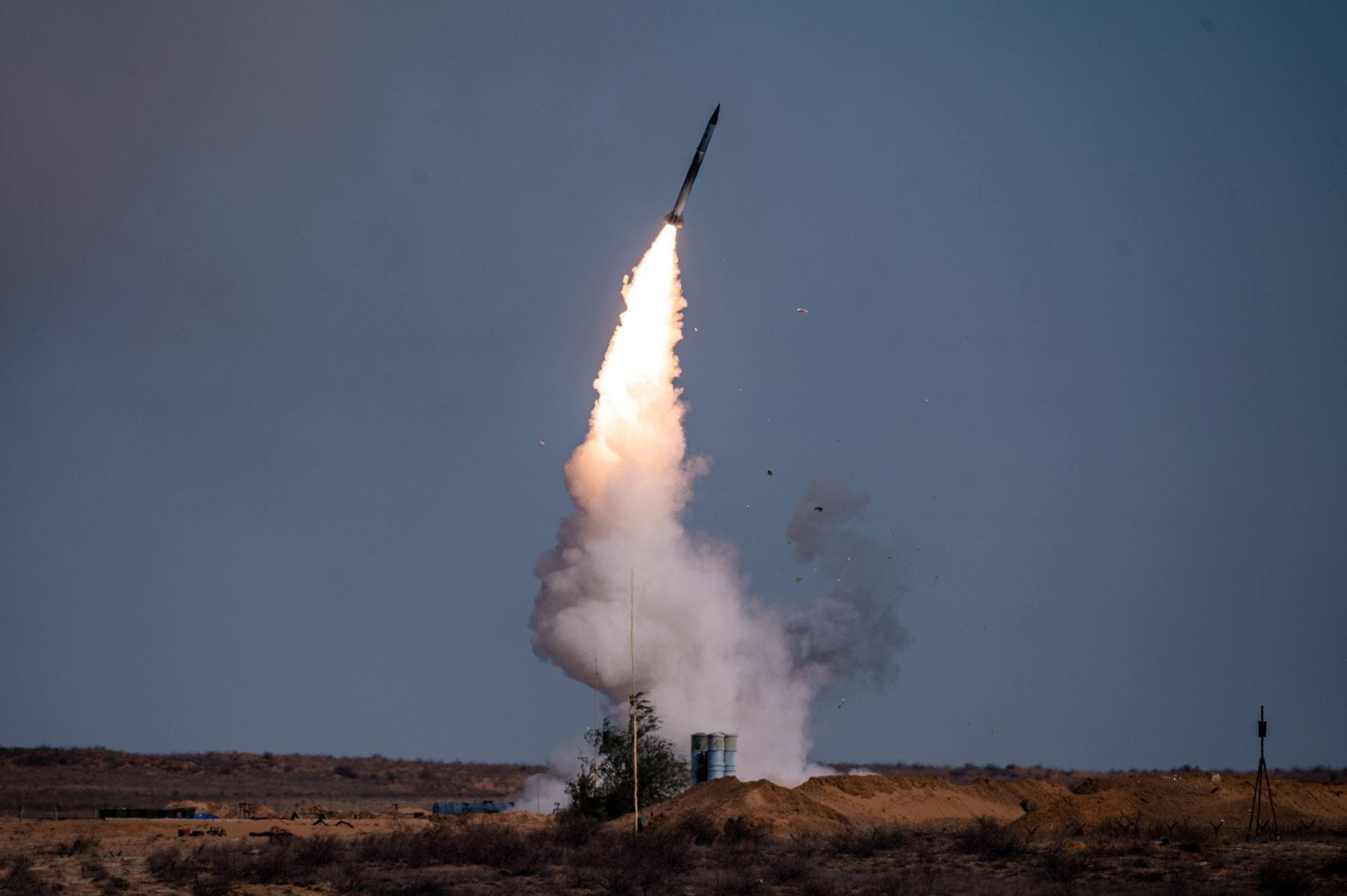 Russia has long been a key arms supplier to India. One of their most high-profile current contracts is for the long-range S-400 ground-to-air missile defence system. Photo: AFP

The Kremlin said last week the talks will be dominated by defence and energy issues, with the boss of Russian energy giant Rosneft, Igor Sechin, also attending as a “number of important energy agreements” were on the table.

Russia has long been a key arms supplier to India, which is looking to modernise its armed forces, and one of their most high-profile current contracts is for the long-range S-400 ground-to-air missile defence system.

The deal, worth more than US$5 billion, was signed in 2018 and deliveries have reportedly begun, but it threatens to upend the burgeoning relationship between New Delhi and Washington.

The United States has threatened sanctions under the Countering America’s Adversaries Through Sanctions Act (CAATSA), which is aimed at reining in Russia, and the state department said last week that no decisions had been made on any waivers for India.

“Our Indian friends clearly explained that they are a sovereign country and that they will decide whose weapons to buy and who will be India’s partner,” Kremlin spokesman Dmitry Peskov told reporters on Monday.

New Delhi has long sought to diversify its military imports but analysts believe it could take some time before it moves away from Russia.

Military equipment was “paramount” to India given “unabated” tensions with Pakistan, according to Unnikrishnan. “You’re going to try and nurture whatever is required to ensure that.”

India is also keen to increase domestic production and has launched a joint venture with Russia to manufacture AK-203 assault rifles.

India and Russia normally hold annual summits, but the leaders’ last in-person meeting was on the sidelines of the 2019 BRICS Summit in Brazil.

“The leaders will review the state and prospects of bilateral relations and discuss ways to further strengthen the strategic partnership between the two countries,” India’s ministry of external affairs said in a statement last month.

The two countries’ foreign and defence ministers held talks on Monday ahead of Putin’s arrival.

A number of agreements and contracts were signed on small arms and military cooperation, India’s Defence Minister Rajnath Singh tweeted.