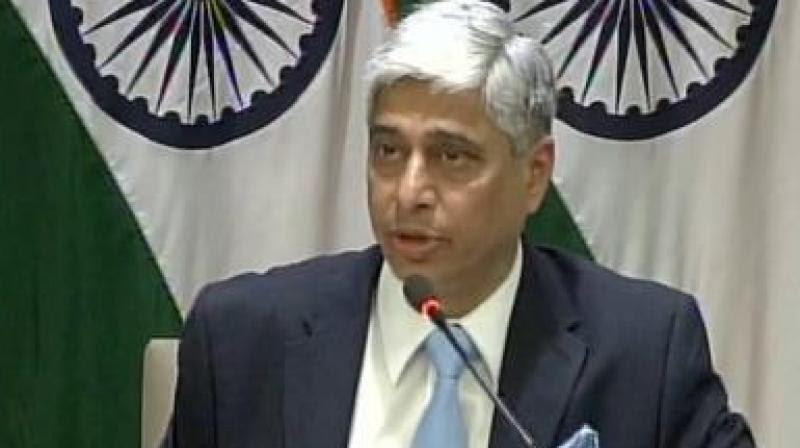 “The Goa Declaration contains the strongest-ever language against terrorism among all past BRICS summits. The word terrorism/terror features some 37 times in the declaration,” he said at a media briefing.

He said there was “unprecedented condemnation” of terrorism at the summit and that BRICS leaders strongly condemned the recent attacks in India.

“BRICS Leaders for the first time called upon all States to prevent terrorist action from their territories. They agreed that religion is no justification for terrorism,” said Swarup, adding “I do not know on what basis it is being said that this was a weak declaration on terrorism.”

The Modi government faced intense opposition criticism for its “abject failure” to get a reference to terrorism emanating from Pakistan included in the BRICS declaration.

The MEA spokesperson said BRICS leaders, for the first time, called for effective implementation of UN Security Council Resolution on Counter Terrorism and sought enhancing the effectiveness of the UN Counter Terrorism Framework.

“BRICS as a group (that) focuses on global issues. We are all aware that the current global architecture is not reflected in some of the institutions of global governance. BRICS is one example of a grouping which represents current realities.