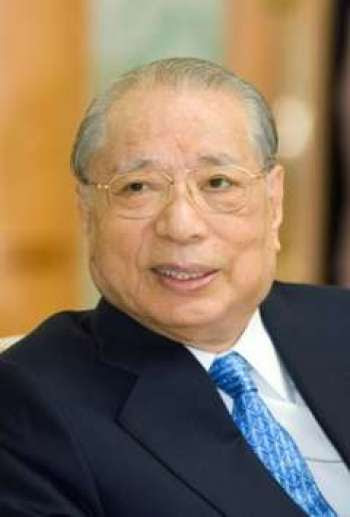 By  Shyamal Sinha
SGI is also a non-governmental organization (NGO) in consultative status with the United Nations Economic and Social Council since 1983 .

In an annual peace proposal dated 26 January and titled “Toward Our Shared Future: Constructing an Era of Human Solidarity,” Daisaku Ikeda, president of the Soka Gakkai International (SGI) Buddhist network, urged world leaders to increase their efforts to rid the world of nuclear weapons and to take stronger measures to address the growing threat of climate change.

SGI members practice Nichiren Buddhism as interpreted and applied by the Soka Gakkai’s first three presidents: Tsunesaburo Makiguchi, Josei Toda and Daisaku Ikeda. SGI members believe in karma and that the most expedient path to enlightenment is through the practice of Nichiren Buddhism. SGI members identify three basic elements for applying Nichiren Buddhism to daily life: faith, practice, and study.  The daily practice of SGI members centers on chanting the mantra “Nam Myoho Renge Kyo” which translates to “Devotion to the Mystic Law of Cause and Effect through Sound”, or “Glory to the Sutra of the Lotus of the Supreme Law.

SGI has issued a peace proposal highlighting global challenges and suggesting solutions and responses grounded in the Buddhist teaching. This year’s proposal in English will be published in full on the SGI website on 14 February.

SGI is the world’s largest lay Buddhist organization, claiming some 12 million members around the globe, who practice Nichiren Buddhism and are involved in promoting peace, cultural exchange, and education. In his latest call to action, Ikeda emphasized the need for youth participation in climate-related decision-making at the UN Youth Climate Summits held every year toward 2030. He also called for endeavors to ensure that the landmark Treaty on the Prohibition of Nuclear Weapons (TPNW)—adopted by the UN General Assembly in July 2017—obtains 50 ratifications and accordingly enters into force this year, which will mark the 75th anniversary of the atomic bombings of Hiroshima and Nagasaki in August 1945.

Ikeda, 92, the founding president of SGI, is a Japanese Buddhist philosopher, educator, author, and nuclear disarmament advocate. At age 19, he began practicing Nichiren Buddhism, a branch of Mahayana Buddhism based on the teachings of the Japanese monk Nichiren (1222–82). Ikeda founded SGI in 1975, which led him to initiate SGI’s global peace movement and to found a number of institutions dedicated to promoting peace and education.

Climate change is “a fundamental challenge, on which the fate of humankind hinges,” Ikeda said in his message, stressing that it threatens to render meaningless global efforts toward achieving the UN Sustainable Development Goals (SDGs). He praised the energy of youth climate change activities: “When young people’s will to transform reality merges with an indomitable optimism, the possibilities are limitless.” (Soka Gakkai International)

Ikeda has proposed holding a People’s Forum for a World Without Nuclear Weapons centered on hibakusha (Jpn. “person affected by a bomb”) and civil society in Hiroshima or Nagasaki to follow the TPNW’s entry into force. He also called for a five-year extension of the US-Russian New Strategic Arms Reduction Treaty (START) as the starting point for talks on multilateral nuclear disarmament. The treaty is due to expire on 5 February 2021.

Ikeda voiced concern about the potential dangers posed by cyberattacks and artificial intelligence (AI) for nuclear weapons systems. He called for deliberations on strategies to avert cyberattacks on nuclear systems to be initiated at the Nuclear Non-Proliferation Treaty (NPT) Review Conference to be held at the UN headquarters in New York from 27 April–22 May. The UN Secretary-General’s Envoy on Youth, in Brussels. SGI affirms that youth action will be key to resolving global challenges. From sgi.org

The SGI president went on to emphasize the issue of young people deprived of an education due to armed conflicts and natural disasters, and recommended that the UNICEF-hosted Education Cannot Wait global fund be bolstered to mitigate this growing crisis.

Ikeda concluded his proposal with a pledge that SGI would continue its grassroots activities: “The SGI will further promote empowerment of, by, and for the people, as we address the climate crisis and other challenges with an expanding movement of global solidarity.” (Soka Gakkai International).

The SGI also promotes environmental initiatives through educational activities such as exhibitions, lectures and conferences, and more direct activities such as tree planting projects and the SGI’s Amazon Ecological Conservation Center, which is administered by SGI-Brazil.The center is engaged in reforestation, the creation of a regional seed bank, and experiments in sustainable agroforestry. One scholar cites Daisaku Ikeda, SGI’s president, describing such initiatives as a Buddhist-based impetus for direct public engagement in parallel with legal efforts to address environmental concerns.