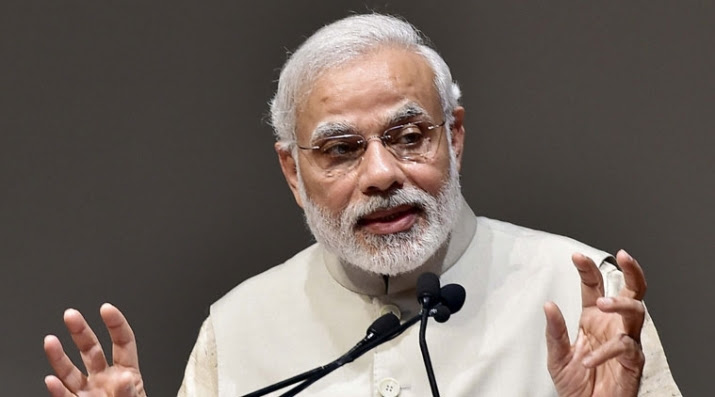 Monks in India not only do the preacher job but can be utilised as political campaigner also for upcoming election in UP..Prime Minister Narendra Modi, is sending squads of monks across Uttar Pradesh to woo Dalit voters ahead of the northern Indian state’s legislative assembly election scheduled for March–April 2017.

Under the campaign, dubbed “Dhamma Chakra Yatra,” 70–80 Buddhist monks will travel across India’s most populous state for the next six months in Narendra Modi-branded cars and buses, visiting Buddhist centers to inform the electorate about Modi’s stance on Buddhism and the Buddhist scholar and social reformer Dr. Bhimrao Ramji Ambedkar. The campaign, which is being supervised by the prime minister’s office, is particularly aimed at the state’s Buddhist Dalit population, and is widely seen as an attempt to woo voters away from the traditionally dominant Bahujan Samaj Party.

State legislative assembly elections are held every five years in all 29 states and two of the seven Union Territories of India. Assembly elections are never carried out in the same year for all states and union territories. Modi has regularly referenced the work of Dr. Ambedkar in his recent public addresses, emphasizing the central government’s intention to fulfill the Dalit leader’s vision of social reform.

“The PM suggested a debate on Ambedkar in Parliament, a coin was released commemorating Ambedkar. . . . It must be brought to public knowledge how Modiji has ensured due respect for Dr. Ambedkar,” said Home Minister Rajnath Singh. (The Times of India)

The word “Dalit,” meaning “oppressed or broken,” is the self-applied name for communities previously known as “untouchables” under India’s caste system. The Dalit Buddhist movement is a 19th and 20th century Buddhist revival that received its most substantial impetus from Dr. Ambedkar’s 1956 call for Dalits to convert to Buddhism as a means to escape the traditional caste-based society that marked the Dalit as people of the lowest social standing.

Dr. Ambedkar (1891­–1956), popularly known as Babasaheb, was an Indian jurist, economist, politician, and a prolific scholar and social reformer. He inspired the modern Buddhist movement in India and campaigned against social discrimination against women and the Dalits. He was the principal architect of India’s first constitution and in 1955, founded the Buddhist Society of India. Shortly before his death, Ambedkar completed his final book, The Buddha and His Dhamma, an English-language treatise on Buddhism and the Buddha’s life, which was published posthumously.Ambedkar Buddha are in good volume in UP can turn the political analysis .