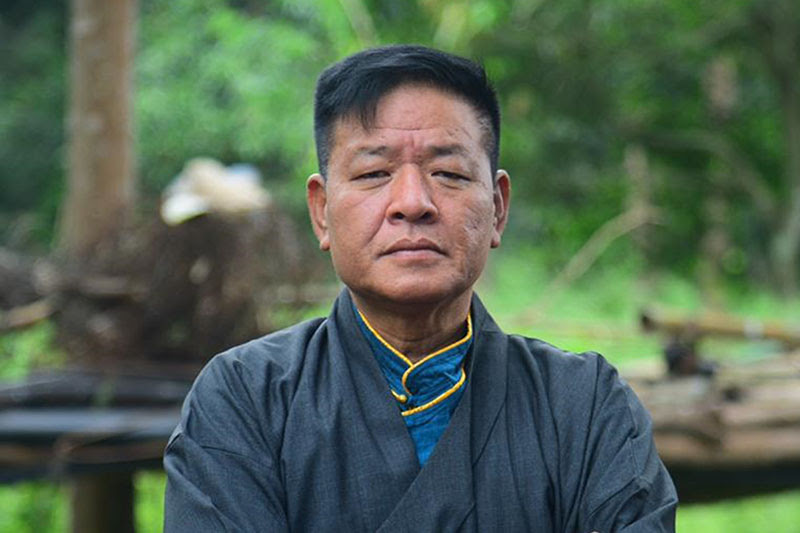 Penpa Tsering will become Sikyong 2021 at the end of May, seen in an undated file photo.File photo/Tibet Sun/Contributor

Penpa Tsering has won the race for the position of Sikyong, or the Tibetan political leader, in the just-concluded Tibetan elections, gaining more votes than his competitor Kelsang Dorjee Aukatsang.

From more than 80,000 registered voters, an estimated 70% cast their votes to elect Tsering, who is leading with a comfortable margin of more than 5,000 votes according to the latest count.

With just a few more places left in US to count their votes, Penpa Tsering with more than 32,000 votes is the clear winner, against Aukatsang’s 27,000, leaving no chance for Aukatsang to close the gap.

In the most important election region of Dharamshala, which has the largest number of voters, Penpa Tsering won by 3,425 over Aukatsang’s 1,933 votes.

The most-watched constituency of Gangkyi, the seat of the exile Tibetan administration and current Sikyong Lobsang Sangay, has favoured Penpa Tsering with 568 against Aukatsang’s 214.

The official results will be declared on 14 May, followed by Penpa taking the oath of office in the last week of May. Exile Tibetans in 25 countries cast their ballots on 11 April to elect the new Sikyong.

Tsering’s main talking point has been a promise to strive to reestablish the stalled Sino-Tibetan dialogue to achieve autonomy through the Middle-way policy, ensuring that China has no other option but to resolve the Tibetan conflict.

High on the agenda also are the unification of the fragmented Tibetan community and its development and sustainability, in which his online-only campaign from his home amassed enough confidence in people to choose him over Aukatsang.

Many Tibetans also perceive Aukatsang as carrying on Lobsang Sangay’s legacy, since he worked under Sangay for ten years holding a series of important posts, most recently as the Chief Resilience Officer of the CTA.

Aukatsang mounted a vigorous campaign criss-crossing the length and breadth of India, visiting many Tibetan settlements while risking the health and safety of himself and others amidst the Coronavirus pandemic. He managed to narrow the gap to a big extent, receiving more votes than expected.

Major challenges await Penpa Tsering as he takes over from incumbent Lobsang Sangay, whose ten-year reign has left a community divided on communal lines, and a lack of any dialogue with the Chinese government whatsoever, painting an uncertain and gloomy picture over the Tibetan issue and for Tibet as a whole.

Communal infighting was apparent when the majority of votes from Khampa-dominated areas went straight to Aukatsang (who’s ethnically a Khampa). Although Tsering is from Amdo, most of his supporters are from U-Tsang, who opposed having a Khampa taking over from another Khampa Lobsang Sangay.

Aukatsang’s win in Bylakuppe Lugsam and Mundgod settlements, which are dominated by monks of Kham origin in the three major monasteries, speaks for itself about the communal divide.

The stakes are high for Tsering, who is known to have a proven track record of long service, as an effective Speaker of the Tibetan Parliament, an administrator, and a diplomat. He will have to live up to those lofty expectations, as well as to bring his act together to fulfill his promises.

The election of a new Sikyong is also marked by formation of a new 45-member parliament. The current 16th Parliament shot itself in the foot after they created a constitutional crisis by deposing the Chief Justice and the two additional Justices of the Tibetan Supreme Justice Commission.

In materializing Tsering’s promises, support and cooperation from the members of the Tibetan Parliament will be crucial. If they put the interests of Tibet and Tibetans right in the front and center, they must desist from playing communal cards, to ensure healing and fulfilling what is envisioned by Penpa Tsering.