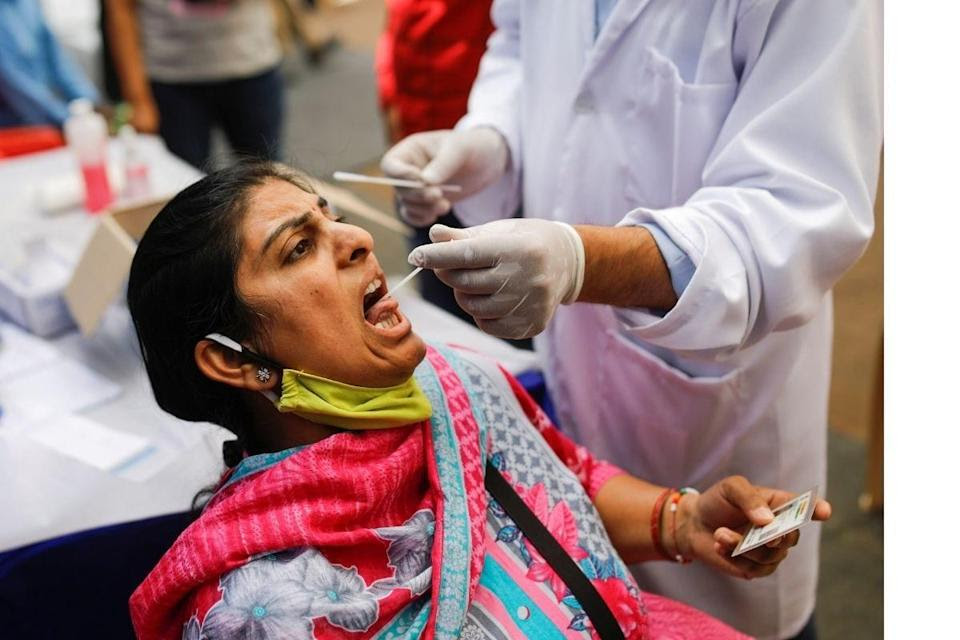 The Union Territory of Ladakh recorded more than 800 coronavirus cases in the past 10 days, pushing the infection tally to 11,070, officials said on Wednesday. One person died of COVID-19 in Leh district during the period, taking the death toll in the union territory to 131. The highest single-day spike of 165 cases was reported on Tuesday.

The number of coronavirus cases in India hit a record daily high since the outbreak of the pandemic in the country with over 1.07 lakh new infections reported on Tuesday, according to the data provided by governments of various states and Union territories.

The number of coronavirus cases breached the 1-lakh mark for the second time in three days with the central government asserting that one of the major reasons for the surge in infections was people becoming lax towards following COVID-appropriate behaviour.

According to the daily numbers announced by various states and UTs, the nationwide tally of new cases reported on Tuesday crossed 1.07 lakh mark, the highest ever in India since the first case of the deadly virus was reported in January 2020.

The number of active cases in the Union Territory as on date stands at 851 — 785 in Leh and 66 in Kargil district — the officials said. Quoting data released by the Directorate of Health Services, the officials said 626 of the new cases were detected in Leh district from April 8 to April 13 and 32 cases in Kargil. Leh had also recorded a COVID-19-related death on April 10, taking the fatality figure in the district to 87 and overall in Ladakh to 131 since the outbreak of the disease in March last year. Kargil recorded 44 COVID-19-related deaths.

They said 10,088 people have recovered from the infection. The recovery rate stands at 96 per cent in Kargil and 91 per cent in Leh district, the officials said. The officials said a total of 881 new cases were detected in April and the data showed a steady increase in the number of infections.

Meanwhile, authorities have formed special enforcement squads keeping in mind the rising number of COVID-19 infections in the union territory to ensure effective surveillance and compliance of COVID-19-appropriate behaviour, the officials said. They said a fine of Rs 500 will be imposed on people found without masks or spitting in public places.

The Centre also said on Tuesday an increase in the intensity of the pandemic has led COVID-19 to spread at a faster pace than last year and the next four weeks are very critical.