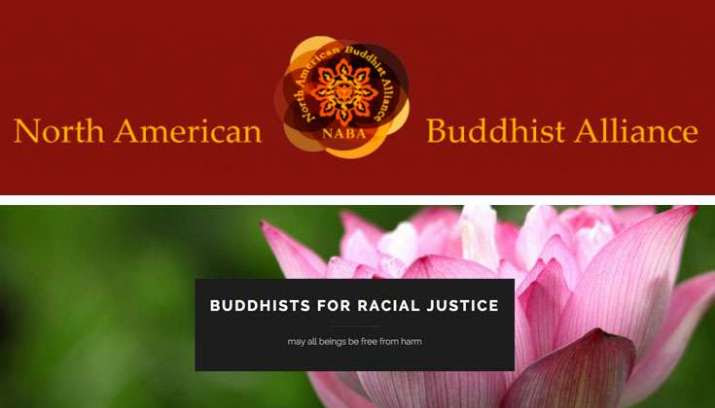 The Frederick P. Lenz Foundation for American Buddhism has awarded the North American Buddhist Alliance (NABA) a US$9,000 grant to continue its work on racial justice in North American Buddhist communities. The NABA, based in Seattle, Washington, is led by Buddhist women and people of color (POC), and “hopes to elevate the level of racial awareness for at least 3,000 Buddhists in the United States this year.” (NABA)

The Lenz Foundation is a major sponsor of Buddhist organizations in America. Its “long-range aim is to foster the growth and development of an authentic American Buddhism that takes its inspiration from the wisdom traditions of the East but adopts new forms, approaches, and applications that are uniquely suited to contemporary American society and culture. By developing and strengthening the emerging community of American Buddhist organizations, we seek to give birth to an American society that reflects the universal Buddhist values of wisdom, compassion, mindfulness, and meditation practice in pursuit of these values.” (Lenz Foundation)

Jennifer Hawkins, a secular POC Buddhist leader based in the US who has participated in recent NABA efforts, expressed her delight at the new development. “I was overjoyed to hear that NABA had received a Lenz Foundation grant to continue and expand its work. It’s the only facilitator of discussion and activism planning among Buddhist schools and individuals across the Americas, and that’s something that has long been needed,” Hawkins told Buddhistdoor Global. “The Secular Buddhist Association US and I, personally, are glad that we’ve been able to contribute to NABA discussions, project planning, and resources, and we feel that we’ve also learned and grown from what we’ve encountered through NABA. No one deserves this support more. Our deepest gratitude to Ven. Guo Cheen [one of the founders of the NABA], and everyone who is a part of NABA for making all of this possible. I look forward to not only beginning to facilitate NABA meetings in April, but to learning more about how I can continue and expand my support of NABA’s efforts.”

According to the organization’s website, “The mission of NABA’s American Buddhists for Racial Justice initiative is to maintain a multi-lineage, multi-racial infrastructure and a national online platform that supports, coordinates, and increases [the] visibility of a diverse array of projects—within multiple sanghas and traditions—that focus on racial equity within Buddhist communities and racial justice in the USA.”

Among its specific objectives, NABA’s American Buddhists for Racial Justice initiative plans to:

• Continue to raise awareness about racial equity within Buddhist communities and racial justice in our society through NABA’s web portal, Resources and Opportunities Listing, and monthly racial justice calls with white Buddhists and Buddhist practitioners of color.

An outgrowth of discussions at the Northwest Dharma Association, the North American Buddhist Alliance is a nonprofit organization and the first of its kind to attempt to unify discussions of Buddhism from communities across the continent. They aim to develop communication, collaboration, and discussion across sectarian divides in North America.