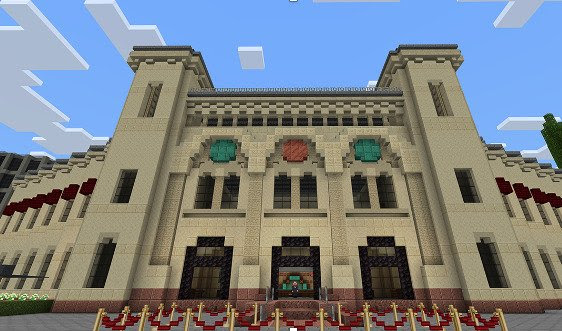 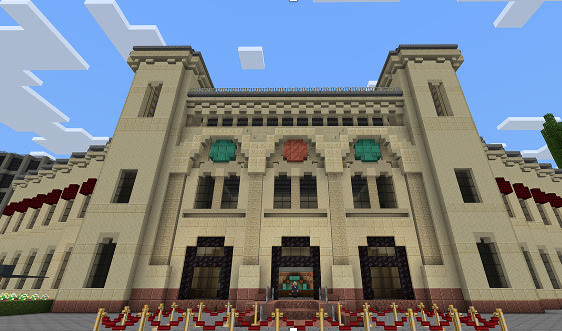 The ‘Active Citizen’ game, which features Nobel Peace Prize laureates like the Dalai Lama and Malala Yousafzai, will be available in 29 languages for all Minecraft: Education Edition players.

In Minecraft, one of the world’s most popular games, players can build anything they want — including their vision for world peace. Today, the Nobel Peace Center in Oslo, along with Games for Change and Mojang Studios, launched an immersive learning experience focused on civic engagement and citizenship available to all Minecraft: Education Edition payers.

‘Active Citizen’ brings Nobel Peace Prize laureates past and present into the Minecraft world to help young people learn that peace is achieved through actions, big and small. Through gameplay to Inspire Youth to Build a Better, More Peaceful World  , students will develop an understanding of the skills needed to democratically and peacefully bring about positive change, and create their own vision for peace — then bring their vision to life in an immersive Minecraft world.

The game starts at the Nobel Peace Center in Oslo, where players are introduced to Alfred Nobel, the creator of the Nobel Prizes. The player will meet four Nobel Peace Prize laureates, learn their stories, and help them overcome challenges to build toward peace. The Nobel Peace Prize laureates featured in ‘Active Citizen’ are Malala Yousafzai, Wangari Maathai, Dalai Lama and Fridtjof Nansen. The game includes accompanying resources on the web for classroom use, including lesson plans and teacher discussion guides for students aged 8-16.

The game ends by calling on players to create a unique Minecraft build that represents active citizenship for them. The Nobel Peace Center will curate an exhibition of the final ‘Active Citizen’ designs featuring contributions from players all over the world.

“We believe that the stories of the Nobel Peace Prize laureates have the power to inspire people to create a better world,” said Kjersti Fløgstad, Executive Director of the Nobel Peace Center. “With this game we want to inspire the next generation to become active citizens and get involved in causes they care about – on a platform where they feel at home. To be awarded the Nobel Peace Prize is impossible for most of us, but by inviting players to learn some skills from the laureates, we hope everyone will realize they can play a role in making the world a better place.”

Students, teachers and families can get a first look at the new ‘Active Citizen’ game in Minecraft: Education Edition during a 30-minute launch event streaming worldwide three times throughout the day on Tuesday, March 1. At the Nobel Peace Center in Oslo, Minister of Education Tonje Brenna and Odin Adelsten Bohmann from the Department of Culture meet local students from Kampen School to discuss what it means to be an active citizen and play the game for the first time.

“Our purpose at Minecraft is to build a better world through the power of play. Through Active Citizen, we’re inviting students to bring their visions of a better world to life not only in Minecraft, but also in their schools and communities,” said Allison Matthews, Head of Minecraft Education. “We are honored to partner with the Nobel Peace Center and Games for Change to inspire action through game-based learning.”

”Games for Change is thrilled to support this groundbreaking collaboration between the Nobel Peace Center and Minecraft: Education Edition. Through the ‘Active Citizen’ project, millions of young people will encounter some of the world’s greatest changemakers in Minecraft, a game that encourages them to be creative and design their own world. We can’t wait to see the world the Nobel laureates will inspire students to create,” said Susanna Pollack, President of Games for Change.

Please note that all information in this press release is embargoed until 1 March. Active Citizen and all accompanying resources will be available from that date.

The Active Citizen game and accompanying lesson plans are available for all users of Minecraft: Education Edition both in-game and on the Minecraft website. A free demo of Active Citizen will be available later this month. Further learning materials can be found on the Nobel Peace Center education portal.