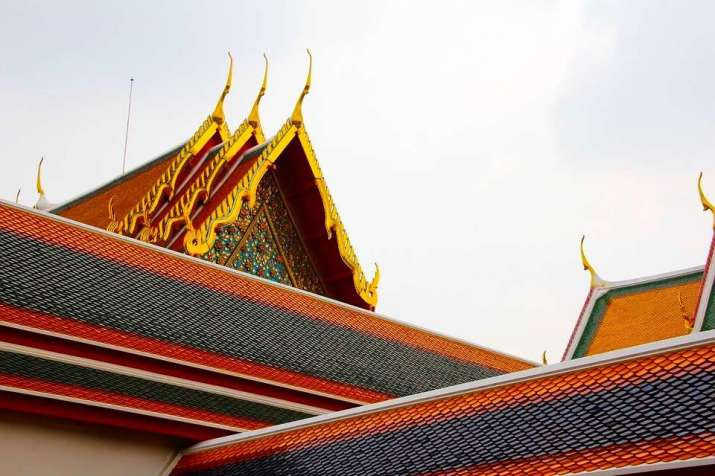 Now a days temple fund embezzlement is the hot topics among thai officials , Thailand’s anti-corruption agency has charged nine former officials of the Southeast Asian kingdom’s National Office of Buddhism, including the office’s former director, with embezzling state funds intended for use by temples.

According to local media reports, the director of the Songkhla Provincial Office of Buddhism contacted the three temples in 2015 with a pledge to earmark special budgets on condition they repay a fixed amount to him. The temples were later each granted a budget of 4 million baht (US$124,000). Phanom Sornsilp approved the transfers, after which the temples were each asked to return 3.2 million baht (US$99,000). The funding subsidies came from the National Office of Buddhism’s state-funded budget of 459 million baht (US$14.2 million), intended for activities aimed at promoting Buddhism.

“We will forward our opinions to the attorney-general to start criminal proceedings,” NACC secretary-general Warawit Sukboon said yesterday. (The Nation)

The charges follow earlier guilty verdicts late last year against Phanom Sornsilp and two other officials of a similar embezzlement scheme involving a temple in the central province of Ayutthaya. At least 35 temples in Thailand are facing investigation as part of a probe into the scam, which is estimated to have resulted in total losses of at least 203 million baht (US$6.3 million).

Thailand’s Buddhist establishment has be plagued by a growing number of allegations of corruption and reports of the misbehavior and extravagant lifestyles of some monks. Following the 2014 coup d’état, the monastic sangha came under increased state control. The military junta has proposed requiring temples to open their finances to the public and requiring monks to carry smart cards to identify their legal and religious backgrounds.

In 2016, the Department of Special Investigation (DSI) probed the assets of senior monks on the Sangha Supreme Council, the governing body of the monastic sangha, resulting in tax evasion allegations against the most senior member of the council who was in line to become the supreme patriarch. The incident led to a change in the law that allowed the Thai government to appoint the supreme patriarch directly, bypassing the Sangha Supreme council.

In 2017, the junta replaced the head of the National Office of Buddhism with a DSI official, who vowed to reform Thailand’s temples and open their finances to the public. However, in August last year, the junta removed him from the post under pressure from religious groups.

Thailand is a predominantly Buddhist country, with 93.2 per cent of the nation’s population of 69 million identifying as Buddhists, according to 2010 data from the Washington, DC-based Pew Research Center. The country has more than 40,000 Buddhist temples and some 300,000 monks.