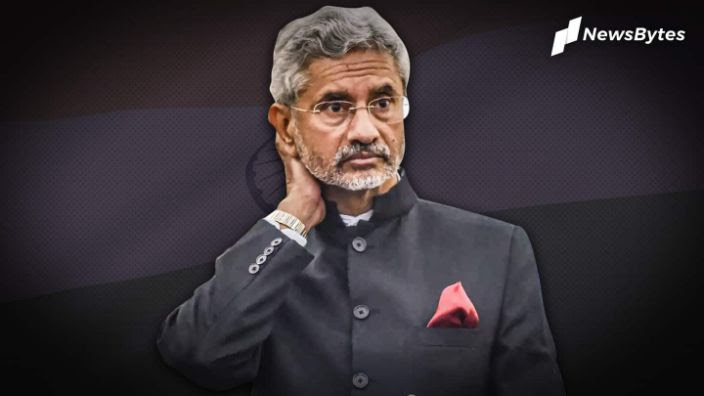 Ahead of his trip to Moscow, where he is scheduled to meet the Chinese Foreign Minister and State Councillor Wang Yi, External Affairs Minister Dr. S Jaishankar called the situation in Ladakh “very serious,” adding that a “deep political conversation” was needed.

Jaishankar explained that peace at the border formed the basis for the Indo-China relationship.

“If peace and tranquility on the border are not a given, then it cannot be that the rest of the relationship continues on the same basis,” he added.

Since there were no differences at the border for the last 30 years, Indo-China ties progressed well, Jaishankar went on.

“If you look at the last 30 years, because there were peace and tranquillity on the border — there were problems also…I am not disregarding that — that allowed the rest of the relationship to progress. As a result, China became (India’s) second-largest trading partner,” Jaishankar said.

The minister reminded that agreements between India and China about border behavior date back to 1993. The rules clearly specify that both countries should keep minimum troops at the border.

“If these are not observed, then it raises very, very important questions. At this moment, I note that this very serious situation has been going on since the beginning of May,”

When quizzed about the future of Indo-China ties, Jaishankar quipped, “This is one area my crystal ball is a little clouded.”

However, he underlined that both countries must find mutual accommodation because it will determine whether there’s an “Asian century or not.”

When asked about what he planned to tell Wang, he responded, “Exactly what I will tell him, obviously I am not going to tell you.”

Jaishankar, who has served as India’s ambassador to China, and hence, understands the relationship extensively, had earlier spoken to Wang in June, days after the bloody Galwan episode.

In the violent clash at Eastern Ladakh in mid-June, India lost 20 soldiers, including the Commanding Officer of Bihar regiment.

New Delhi maintained that the incident was triggered due to the People’s Liberation Army’s misbehaviors.

To recall, Jaishankar had told Wang, “What happened in Galwan was premeditated and planned action by China which was responsible for the sequence of events. It reflected an intent to change the facts on the ground in violation of our agreements to not change the status quo.”

As per reports, Jaishankar has already left for Russia. He will speak to Wang on September 10 at the sidelines of the Shanghai Cooperation Organisation (SCO) meet.

The SCO, seen as a counterweight to NATO, has emerged as one of the largest transregional international organisations which accounts for almost 44 per cent of the world population stretching from the Arctic Ocean to the Indian Ocean and from the Pacific Ocean to the Baltic Sea.

On the way to Russia, Jaishankar will make a stopover in Tehran to meet his Iranian counterpart.

He is expected to remind his Chinese counterpart about the bilateral agreements while urging him to honor them.

Jaishankar will also ask for the restoration of status quo ante at Gogra-Hot Springs and Finger 4, reports HT.

China has repeatedly claimed it is open for dialogue, but its frontline troops have shown complete disregard for the diplomatic statements.

The aim of the SCO is to maintain peace, stability and security of the region. India became a member of SCO in 2017.