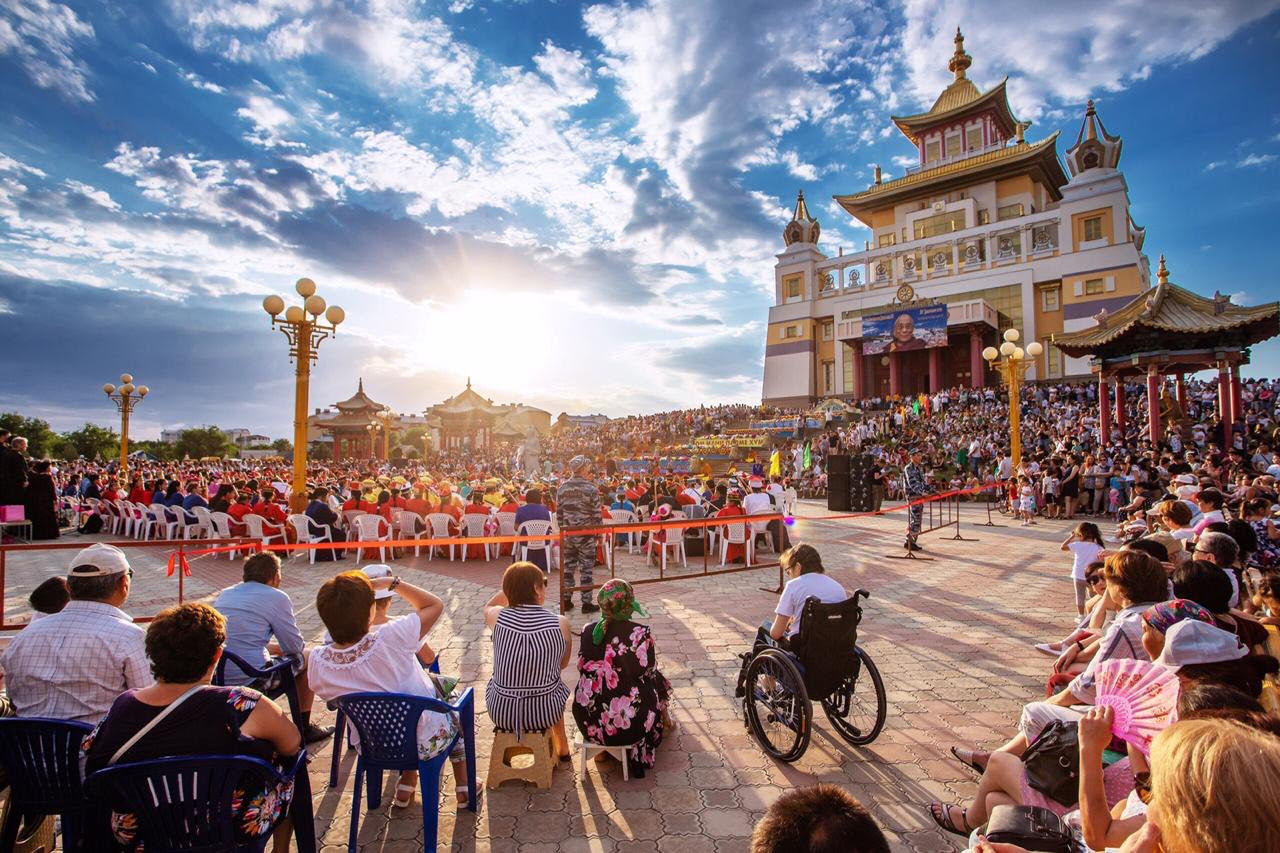 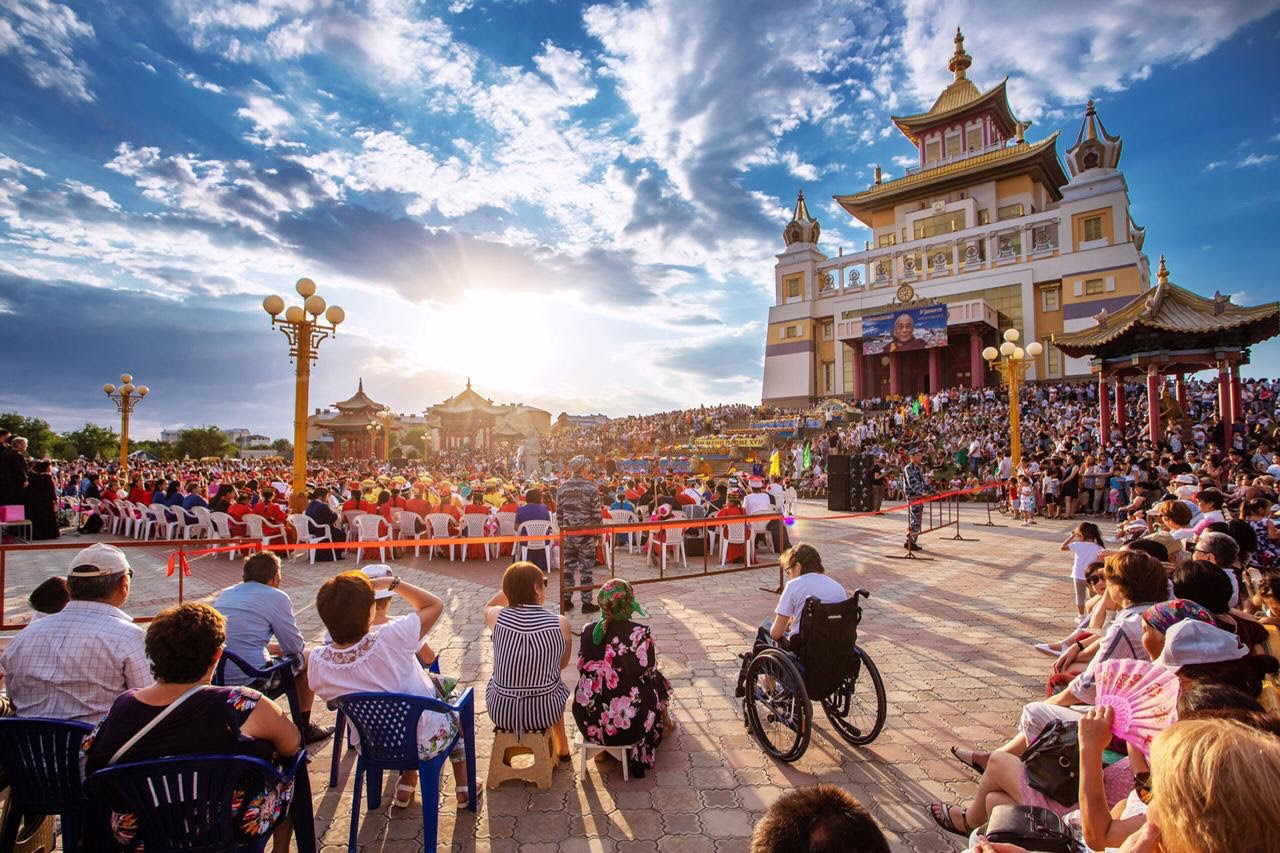 Over 6000 people of Kalmykia gathered to witness the Offering of Melody ceremony and offer prayers for long and healthy life for His Holiness the Dalai Lama.

Elista, Kalmykia: On the occasion of the holy month of ‘Saga Dawa’, the most important Buddhist holidays in the Buddhist Lunar calendar, people of Kalmykia performed an “Offering of Melody” dedicated to His Holiness the Dalai Lama’s long life and good health.

In the front courtyard of Central Buddhist Monastery of Kalmyk Republic, over 700 Dombra (National two-stringed guitar) players gathered under the instruction of conductor Mr. Savar Katayev, “National Hero” award winner of the Republic of Kalmykia and music composer.

This annual event began in 2015 under the leadership of Honorary representative of His Holiness the Dalai Lama to Russia, Mongolia and CIS countries, Telo Tulku Rinpoche. Initially, there were only over 200 Dombra players who participated in the event but annually it has gradually grown to over 700 gathered on this auspicious occasion of the holy month of Saga Dawa. Today the event has become a huge annual event with the purpose of preserving culture, music, folklore, and promotion of the 2 stringed National instrument, “Dombra”.

This year the’ Offering of Melody’ was dedicated to the long life and good health of His Holiness the Dalai Lama. “When we first began this event, there was a decline in the number of people who knew how to play the national instrument. Our goal is to have 1000 dombra players by the year 2020” said Telo Tulku Rinpoche.

“Offering can be made in many different ways and Music is one of the mediums of doing that. This year we make this offering during the holy month of Saga Dawa to the long life and good health to H.H. the Dalai Lama and to accumulate merit by performing this offering.”

-Filed by Office of Tibet, Moscow 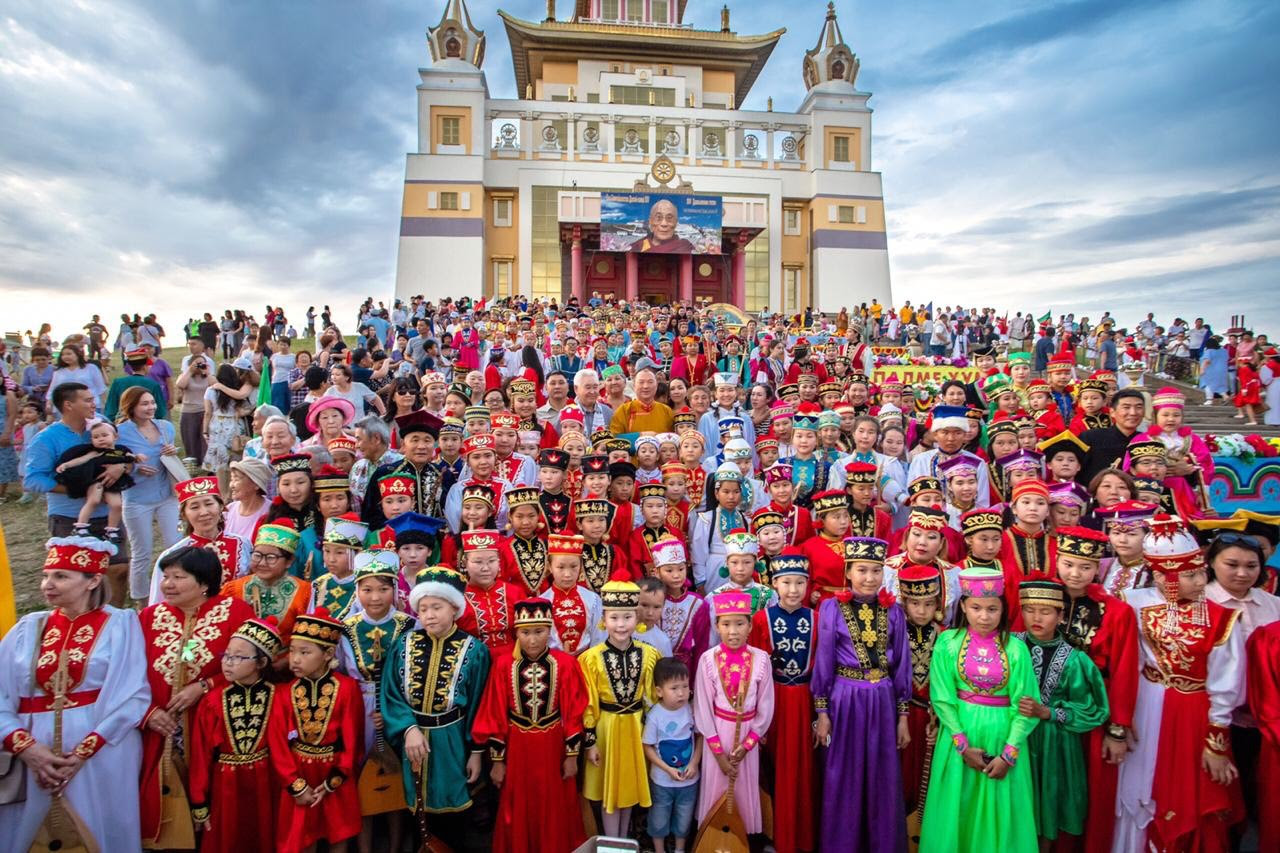 Performers of the ‘Offering of Melody’ ceremony with Representative Telo Tulku Rinpoche at the Central Buddhist Monastery of Kalmyk Republic.