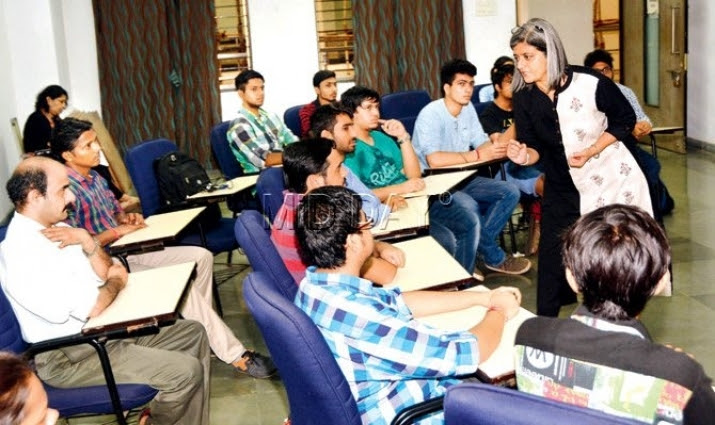 The “Buddhism for Engineers” program at K.J. Somaiya College of Engineering is designed and run by Dr. Supriya Rai. Frommid-day.com
Buddhism is a world religion, which arose in and around the ancient Kingdom of Magadha (now in Bihar, India), and is based on the teachings of Siddhārtha Gautama who was deemed a “Buddha” “Awakened One”. Buddhism spread outside of Magadha starting in the Buddha’s lifetime.

Engineering students at K.J. Somaiya College of Engineering (KJSCE) in Mumbai, India, have joined a first-of-its-kind course on Buddhism titled, “Buddhism for Engineers.” Twenty students are reported to have enrolled in the audit course, which introduces the life and teachings of the Buddha and his analysis of the human mind. The purpose of the course is to examine the Buddhist theory of causality, which explains that every phenomenon comes into being because of intricate causes and conditions, and when these conditions break apart, things fall apart, which is a theory of interconnectedness that the college believes could enhance the students’ understanding of engineering.

“It [Buddhism] is a knowledge system that exposes the student to a wider world. Our aim is to widen the student’s mind and intellect,” said Samir Somaiya, chairman of the Board of Trustees of Somaiya Vidyavihar and the Somaiya Trust. (mid-day)

Course designer and acting director of the K.J. Somaiya Centre for Buddhist Studies, Dr. Supriya Rai, gives one-hour weekly lectures starting with a presentation on a key aspect of the Buddhist doctrine from textual references to the Buddha’s teachings, followed by interactive exercises that focus on mind training. Dr. Rai asks the students to treat their minds as a fundamental aspect of reality by observing the Buddha’s teachings on mind and through recourse to the famous double-slit experiment in physics, which demonstrates how matter and energy become phenomena only when observed. “Instead of producing monolith engineers, who are uninfluenced by either the arts or philosophies, it is any day [sic] rewarding to expose tomorrow’s engineers to an intellectual tradition,” said Dr. Rai about the course. (mid-day)

According to news website mid-day, some students enrolled in the course because their friends had done so, but others, such as Shreyas Kotak, who is the only declared atheist in the class, expressed a genuine interest in the subject matter. “During a recent Sikkim trip, where I met and spent time with monks, I realised the non-theistic roots of Buddhism, which are close to my belief that the universe has no single creator.” (mid-day) 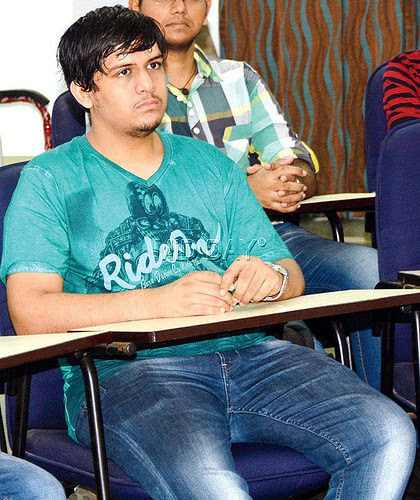 Engineering student Manan Sanghvi, an attends the “Buddhism for Engineers” course. From mid-day.com

In addition to attending lectures at college, students will also visit various historical Buddhist cave sites as part of the course. The trips are graded practically: the students will write a paper on their observations about the architectural expertise and structural planning that went into the carving of the caves, which were designed more than 2,000 years ago for residence, study, and meditation.

“Around 2,500 years ago, the Buddha spent 45 years of his life walking up and down in Bihar and eastern UP [Uttar Pradesh], explaining his reasoned arguments. He had a huge following in his era. Isn’t it high time Indian students knew more about him?” said Dr. Rai. (mid-day) The Buddha did not appoint any successor, and asked his followers to work toward liberation. The teachings of the Buddha existed only in oral traditions. The Sangha held a number of Buddhist councils in order to reach consensus on matters of Buddhist doctrine and practice.